Anambra Urban Renewal; More than 1000 shops to be demolished in Onitsha.
Advertisement 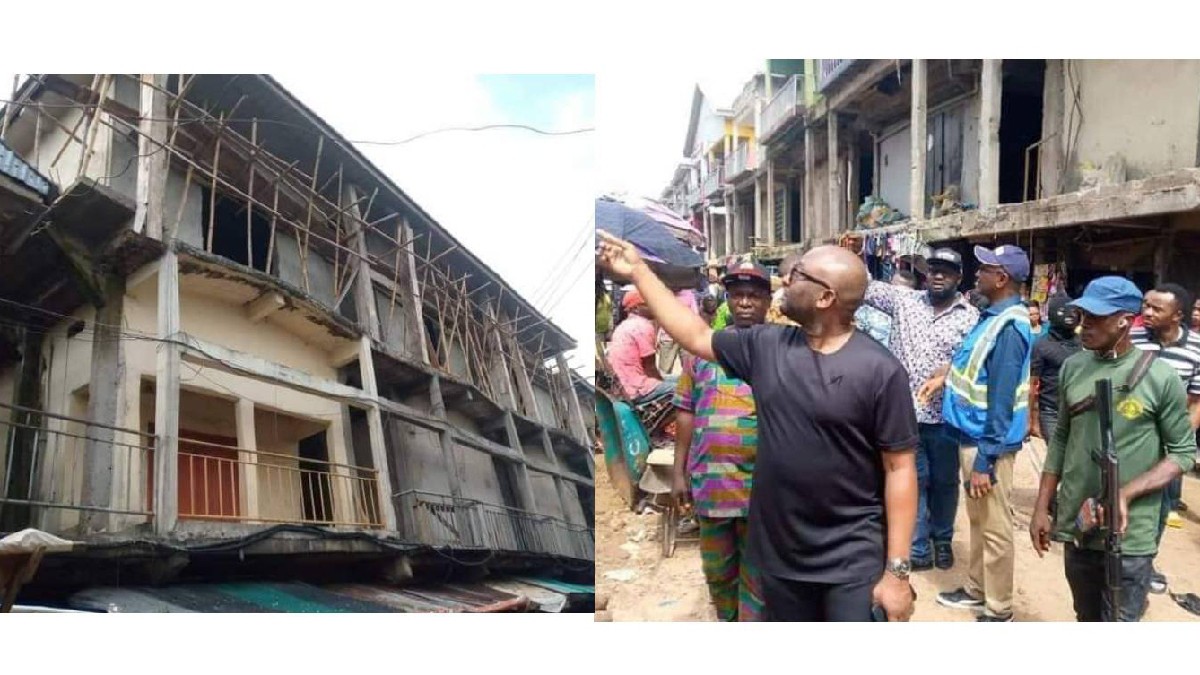 The Anambra State Government has announced the demolition of over 1,000 shops in Onitsha’s Ochanja Market.

According to Punch, the governor, Prof. Chukwuma Soludo, led a joint task force of building professionals and the Commissioner for Commerce and Industry, Dr Obinna Ngonadi, on Friday to monitor various sections of the market.

See also Don’t come to my house or office unless you without Your PVC. Mr. P

It was also discovered that the majority of the buildings had structural flaws, such as cracked walls and decking, falling pillars and sands, and road obstructions, among other issues.

He went on to say that the current administration intended to decongest markets by making them inhabitable in accordance with international standards.

See Also Man who Displays Lots of Cash on Social Media, claims to be one of the “Unknown Gunmen” Operating in Anambra.

He warned owners of illegal structures to remove them immediately or face paying the state government to do so.

Speaking on the sidelines, Mr Bonaventure Muo, Chairman of the Caretaker Committee for the Ochanja Market, praised the governor for the move, assuring that they would continue to support government programs to clean up the markets.

The team then went to Ogidi and Ogbunike Building Materials Markets to assess their level of compliance with the traders/markets enumeration exercise, and praised traders for following government orders.

Addressing the traders, the commissioner stated that the state government would gather comprehensive data on all traders and their businesses through the data collection exercise in order to properly care for their welfare, security, and other purposes.