Osibanjo Would have been the best presidential candidate ever produced in Nigeria." Abubakar Girei
Advertisement 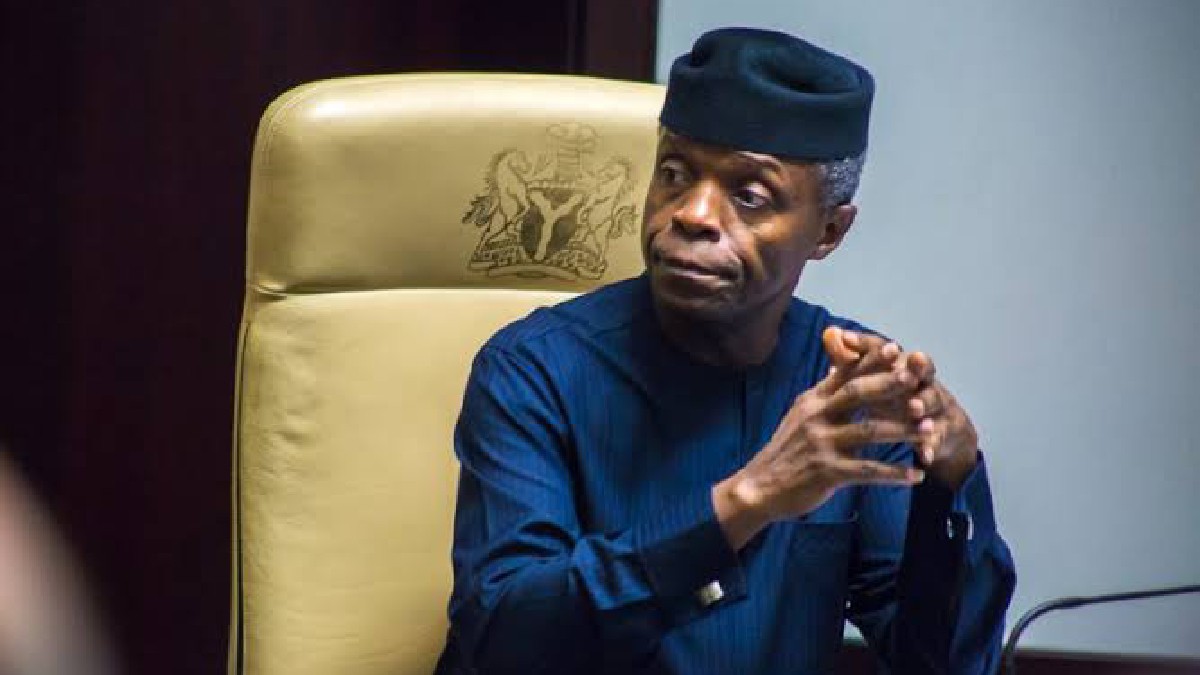 Senator Abubakar Girei, a member of the Election Management Committee at the recently concluded All Progressive Congress (APC) Special National Convention, stated that while the primary that produced Asiwaju Bola Ahmed Tinubu as the Presidential candidate was very fair, free, and credible, Nigeria lost the best presidential candidate that could have been produced.

“But I can tell you that the Vice President, Professor Yemi Osinbajo (PYO),won the special convention without fear of contradiction.”

“As the Vice President, he is an heir to the throne, a crown prince who should have been given the right of first refusal in the contest in which he offered himself to serve the nation in which he had a national acceptability,” he said .

Girei who spoke in an interview, said the Vice President “had the best speech and his manifestoe at the convention was the best, he identified problems and proferred solutions to them more than all other aspirants.”

“For someone who has never contested any election before and with no politicking knowledge to emerge third at the convention, I consider him the greatest winner of the convention. I have no doubt in my mind that Nigeria has lost the best presidential candidate that would have been produced “

Senator Girei regretted that those who stood for truth and what is good for the masses of this country were not appreciated, adding that “in politics of today, it is very clear that the highest bidders always have their way and election goes to not necessarily the best but those who could buy their way in a cash and carry manner.”

He, on the other hand, expressed joy that political party flag bearers had emerged, congratulated his party’s flag bearer, Asiwaju Tinubu, and other flag bearers, and promised to work tirelessly for the overall victory of the APC flag bearers from bottom to top.

Tinubu’s Running Mate; “We’ll Mobilise the people to reject your ticket if you Choose a Christian”-Aliyu Kaduna

Who will be Tinubu’s running mate?: “We must avoid threats to national unity”— Uzodimma