"Wike is intolerant, unpredictable, and violence-inclined. Nigerian Muslims do not trust him."-MURIC.
Advertisement 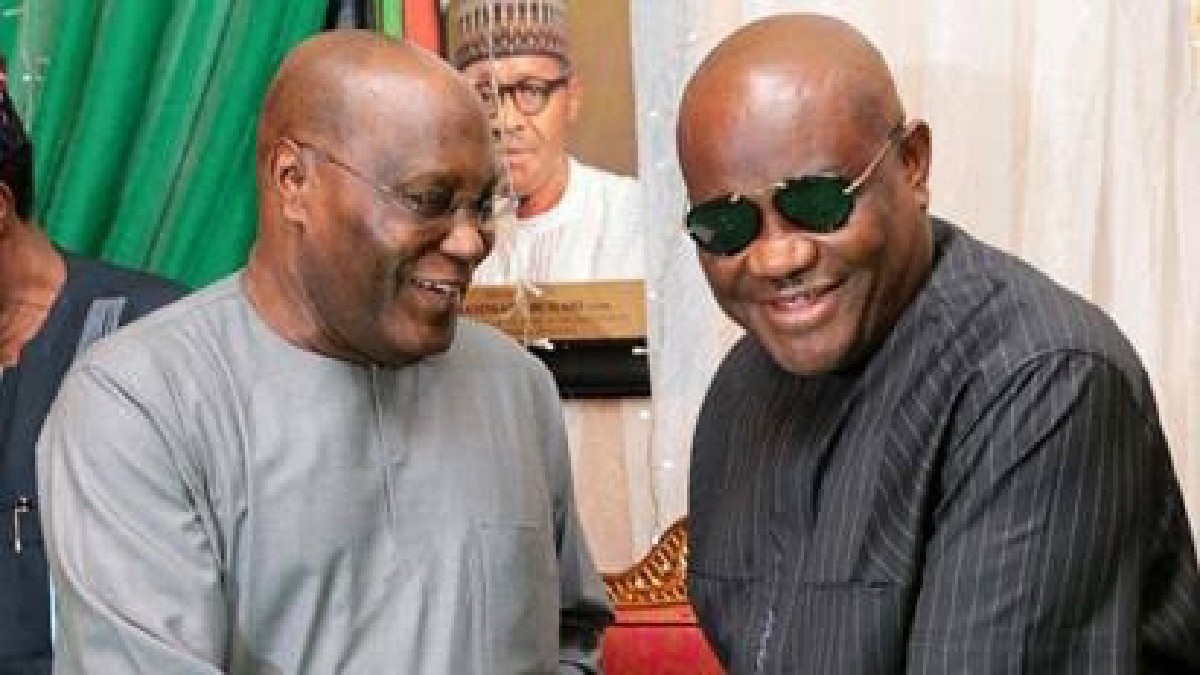 The Muslim Rights Concern (MURIC) has advised Atiku Abubakar not to pick Governor Nyesom Wike as his running mate in the 2023 presidential election.

Atiku is the presidential candidate of the Peoples Democratic Party.

The warning was issued by MURIC’s director, Professor Ishaq Akintola, in a statement released to the media on Tuesday, June 14th, 2022.

“Wike is one of the bigoted Christian governors” on Nigerian Muslims’ “blacklist,” according to MURIC. The statement reads:

“It has come to our knowledge that Governor Nyesome Wike is among those being considered as possible running mates for the PDP flagbearer, Alhaji Atiku Abubakar. We deem it necessary to advise against this. Wike is an open enemy of Islam, a Muslim-hater primus inter pareil, and an unrepentant mosque destroyer.

“The extremist remarks of Wike are still on record. He declared Rivers State a Christian State contrary to the constitution. What guarantee can anybody give us that he will not say or do worse things if he becomes a vice president? No, Wike should not be allowed to hold any post at the federal level.

“Wike hates the sight of mosques and he is prepared to use or misuse his office to destroy all mosques in Nigeria if allowed to occupy any space inside Aso Rock.”

“Wike is intolerant, unpredictable, and violence-inclined. Nigerian Muslims do not trust him. He will definitely be a bad market for Atiku. His electoral value at the national level is nil.

“We, therefore, advise Alhaji Atiku Abubakar to avoid Wike by all means. He should go for a moderate Christian, not a fanatic. This should be a lesson for other politicians, particularly governors who are fond of using their office to persecute Muslims and undermine the religion of Islam. Nigerian Muslims are watching and waiting for them.

“Nigerians have a lot to learn from the way many political aspirants from Southern Nigeria dressed up in turban and babanriga in an attempt to convince people in other parts of the country that they are prepared to tolerate Muslims. Unfortunately, it was too late.“

“We should appreciate the variety of our cultures as a blessing and realize that we will need other people at a point in time even if we do not need them now.”

“In the Nigeria of today, the true statesman is the one who can find loyal friends in different parts of the country, in all ethnicities and in all creeds.”

Who will be Tinubu’s running mate?: “We must avoid threats to national unity”— Uzodimma

“There’s no way Peter Obi, Kwankwaso, Sowore and other politicians can defeat APC and PDP if they don’t work together”-Deji