"Obi cuban didn't Receive those Gifts Because he was good".-Dr Penking.
Advertisement 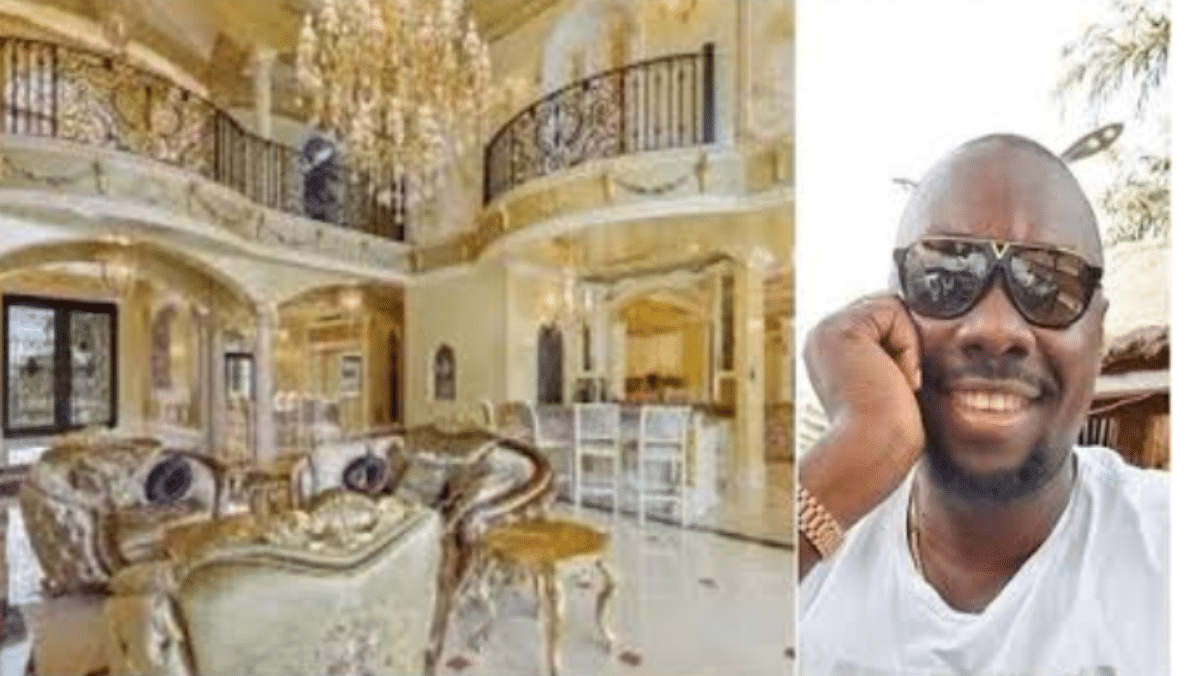 A Nigerian medical doctor, Penking has said that Obi Cubana didn’t receive the numerous gifts being thrown at him by his friends because he is a good person, but because he is rich.

It is no longer News that Cubana, is hosting his mum’s funeral in Oba, Anambra State, this weekend. The internet space in Nigeria has been blown up by the massive display of wealth being exhibited by his friends in Oba. He has also received gifts worth millions of naira from his friends.

See also DavidO Mourns His Late Friend Habeeb, Describes Him as a Brother.

He said “I’ve seen many posts preaching the importance of being good because of the gifts Obi Cubana received at his mother’s burial but the fact is, he didn’t receive those gifts because he is good. He received them because HE IS RICH.”

However, many Nigerians who reacted to his tweet didn’t seem to agree with him. Many of the respondents said that Cubana is being honored by his friends because he has a good heart and helps people.

I may not be in the best position to say what Obi Cobana’s Networth is, but from what he has exhibited, he is obviously a Billionaire.

In a similar development, A Nigerian writer, Tobenna Obiano has taken to social media to berate actors, Kanayo O. Kanayo and Alex Ekubo for their joke about ladies attaining Obi Cubana’s mother’s burial.

Recall that veteran actor, Kanayo O. Kanayo in a video shared on social media jokingly warned men to check on their girlfriends’ this weekend, as majority of ladies travelling for the weekend are most likely heading to the burial of Obi Cubana’s mother in Oba, Anambra state.

Reacting to the video the writer berated the actors, accusing them of sexualizing young girls in their jokes.

Unfortunately, I do not find this funny. If it’s true or not, we shouldn’t glorify nonsense to the world so shamelessly.

And to see veteran actor and Lawyer, Kanayo O. Kanayo champion this seemingly musing that has turned to craze is quite disheartening. He’s a father that also has a grown daughter, who definitely would see this too.

The silly one seated right behind him who only miraculously skipped over ripe plantain, Alex Ekubo or whatever his name is, pridefully using vulgar words to sexualize young girls and ladies that are attending the weeklong burial/funeral of Obi Cubana’s mother at Oba just got engaged only recently to his American girlfriend.

Who knows; do we now wish him also that all those who reside in Nigeria and have girlfriends living abroad, should same unkind gesture befall them too?

This, to many may seem to be a joke, but it’s one taken too far. And our ladies should learn too and stop shaming the womenfolks. I’m just very angry at all these.

Unapologetically, I make bold to say that imaginations, thoughts, ideas, figments and acts conceived and concealed in the mind solely of discussed in private, and not brought to the public discuss is by far different from this stupidity of having to watch, listen or to read people normalize craze, folly and idiocy as right.

We mustn’t always do foolish things ignorantly, with purpose to sound woke or make a joke out of same. I swear down, this generation, our generation, my generation has a very very big problem. I’m sorry, the worst is underway.

Lastly, for the records, I am not a Saint. Far from it. I’m also not Deputy Jesus either. I’ve and do enjoy my private times with very close friends, and can as well, join in locker room talks. There’re times the cameras can’t be invited.

We must as a matter of huge importance quit normalizing laxity, vain glory, foolishness and plain stupidity as woke. The negative vibes therein speaks awfully. Even if everyone feels of it as normal, it isn’t. Make no mistakes about this – “wrong is wrong even if everyone accepts it as right; while right is right even if everyone thinks of it as wrong”.

And yes, I’ve my sanity intact and I wasn’t brought up that way; to sound or act woke. I was brought up well by strict disciplinarians as parents.

What do I know, they would now label me broke!