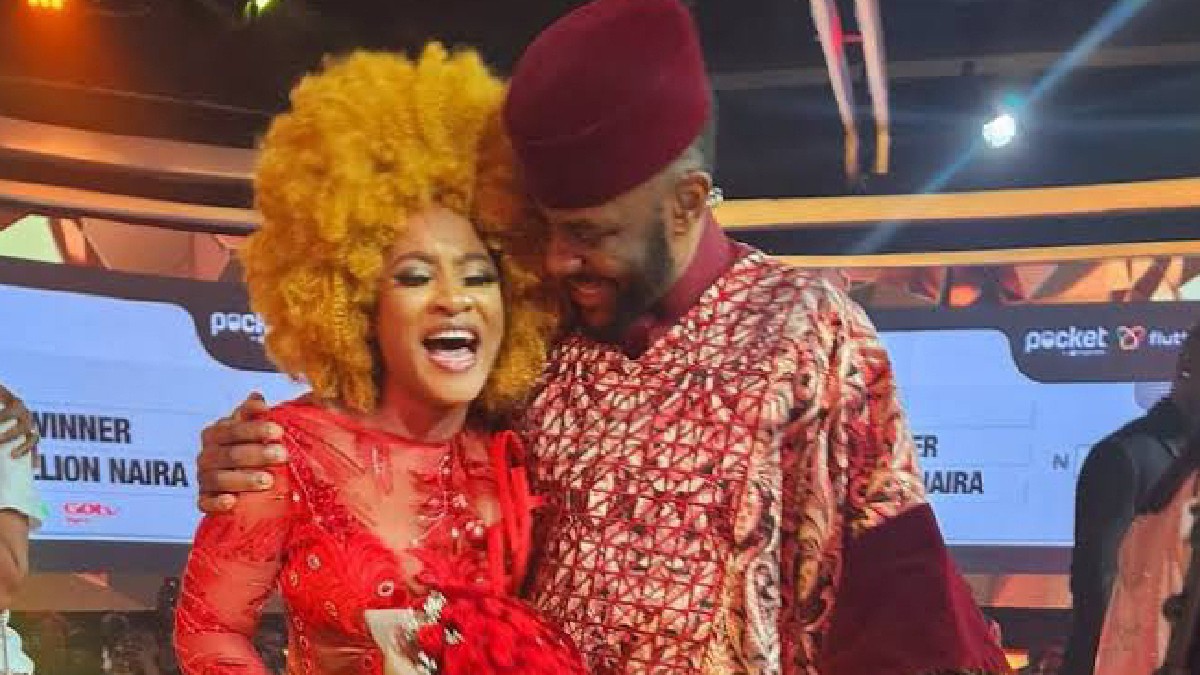 According to the organizers, the recently concluded BBNaija season 7 television reality show consumed over N4.7 billion.

According to NAN, this was revealed by John Ugbe, Chief Executive Officer of MultiChoice Nigeria, during the prize presentation to the winner of the “Level Up” edition, Josephine Otabor, also known as Phyna, on Tuesday in Lagos.

According to the News Agency of Nigeria (NAN), Phyna won the show and took home the N100 million grand prize.

The grand prize includes N50 million, a new SUV from Innoson Motors, a trip to Dubai for two, a year’s supply of Pepsi, a new techno phone-Camon 19, supply of Unik soap, and supply of Nexus home appliances, among other tantalizing items.

Ugbe also said that over one billion votes were cast in the course of the show.

He commended the housemates for giving premium entertainment during the show as he also appreciated the fans and the media for their continued support.

“N4.7 billion was invested into the show, that is the cost of production of the season 7 show, we also had over one billion votes throughout the show.

“Today, this show contributes significantly to the Nigerian economy,” he said.

Earlier, Busola Tejumola, Executive Head of Content, West Africa Channels, Multichoice Nigeria, said that it was fulfilling investing over N4.7 billion in the production of the show.

Tejumola said that the show had created a platform for display of viable talents, job creation and individual Nigerians to fulfill their dreams and aspirations of attaining fame.

She said having recorded over one billion total votes for the Level Up season, it attested to the fact that the fans of the show were fully engaged with premium content.

“We are excited to see that the show continues to set great record each season.

‘Why single ladies would rather be side chicks’“We appreciate our sponsors, Pocket by Piggyvest, Flutterwave and Quidax for making magic with us this season.

“We are extremely proud to have created a platform that contributes to entertaining the world, showcasing talents of housemates, the different expressions of our culture and contributing to the growth of the creative industry in Nigeria.

“Our commitment to providing premium entertainment is unequalled,” she said.

Tejumola appreciated the winner of the show, Phyna and other housemates, saying they presented premium entertainment in the course of the show “We started this journey of over 40,000 applications during the auditioning process, we are proud to have once again delivered another amazing show.

“Congratulations Phyna for emerging the winner, I want the other housemates to know that they are equally winners since the beginning of the show.

“The engagement generated this season has been phenomenal, from fan base to social media conversations and media coverage,” she said.

Phyna, the winner of the show, was presented with a cheque of N50 million and her new SUV. Phyna, who was referred to as the “content queen”, was elated, and screamed, beckoning on her fellow ex-housemates to take pictures  with her. She attributed her success to God as she appreciated her fans, family and organisers of the show.

“I appreciate God and Biggie for the privilege to participate in the show, this is after four years of attempts to be part of the show, I finally made it in the fifth attempt.

“Thanks to my fellow housemates and sponsors of this show, I had an amazing experience, I appreciate everyone who voted for me.

“It feels good to be the winner, I plan to achieve a lot going forward and I pray God helps me, with God, I can conquer all,” she said.