How I Had 15 Abort!ons For Man Who Refused To Have A Pregnant Bride Because He Wants To Be A Pastor - Lady (Video)
Advertisement 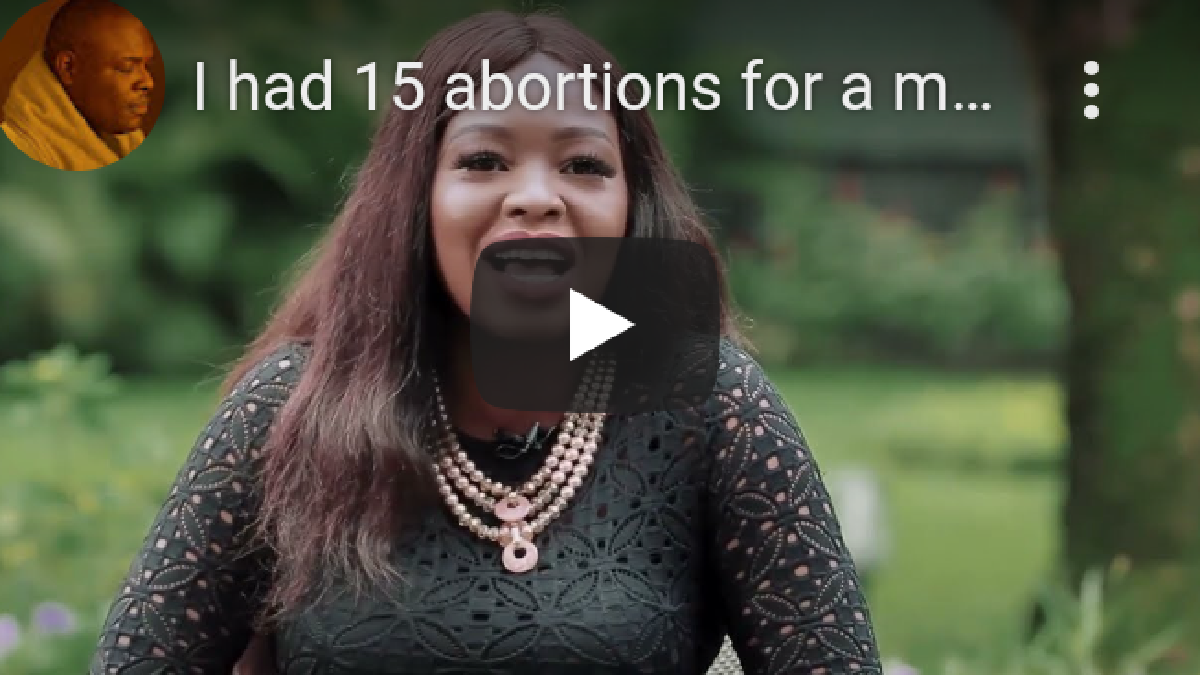 A woman has revealed that she had 15 abortions for her man, who refused to marry her because he does not want to marry a pregnant woman.

During an interview with Chude Jideonwo, the businesswoman-turned-author shared her experience.

She claimed she was courting a man she met at church who was studying to become a pastor.

The woman, who claimed she had previously given birth to a son out of wedlock, revealed that her partner had set a wedding date.

“Fifteen abort!ons. My mum called me when she heard it years ago and said it’s not possible. She insisted I was just saying it so people will come. I told her it was true. If you read my book, you’d understand why I did it,” she said.

“It was just because I was naive and had the goal to get married, at which time every other thing didn’t matter. So even if I got pregnant three times for a guy and keeps saying he doesn’t want to use protection, I’d still do it.

See Also I Once Got Jealous Watching My Husband Kiss In A Movie, Says Actor Etim Effiong’s Wife.

The woman said she initially refused to abort her 15th baby but her partner insisted he couldn’t have a pregnant bride. She said she also couldn’t have another child out of wedlock.

“They would just kill me. So there’s the thing that led me to it and there’s the shame. I was going to marry the guy. We met in church. We were together and fixed a wedding date. I had done 14. Remorse started setting in,” she said.

“I thought, what if I don’t have another child? I was in the choir and he was preparing to be a pastor. He said he’s never going to have a pregnant bride because of what people will say. He insisted I abort.

“I said, what if I don’t have another child? He said to leave that for him to worry about since I already have one. Anything to get me to take the baby out. The woman brought the foetus out and showed me. That killed me.

“The father didn’t come. I was depressed. Seven days after, the guy said he was done with the relationship. I didn’t hold him responsible but blamed the devil. I felt the devil was controlling him to rob me of my marital destiny.

“I lived in denial and went to his house daily for three months. I fasted for 40 days to get the man back. I tried to kill myself. I was a mess.”

According to the woman, it took the help of another pastor to dissolve the relationship after which she slipped into depression.