Woman Ends Up in Wheelchair After Refusing To Fart In The Presence Of Her Boyfriend.How?
Advertisement 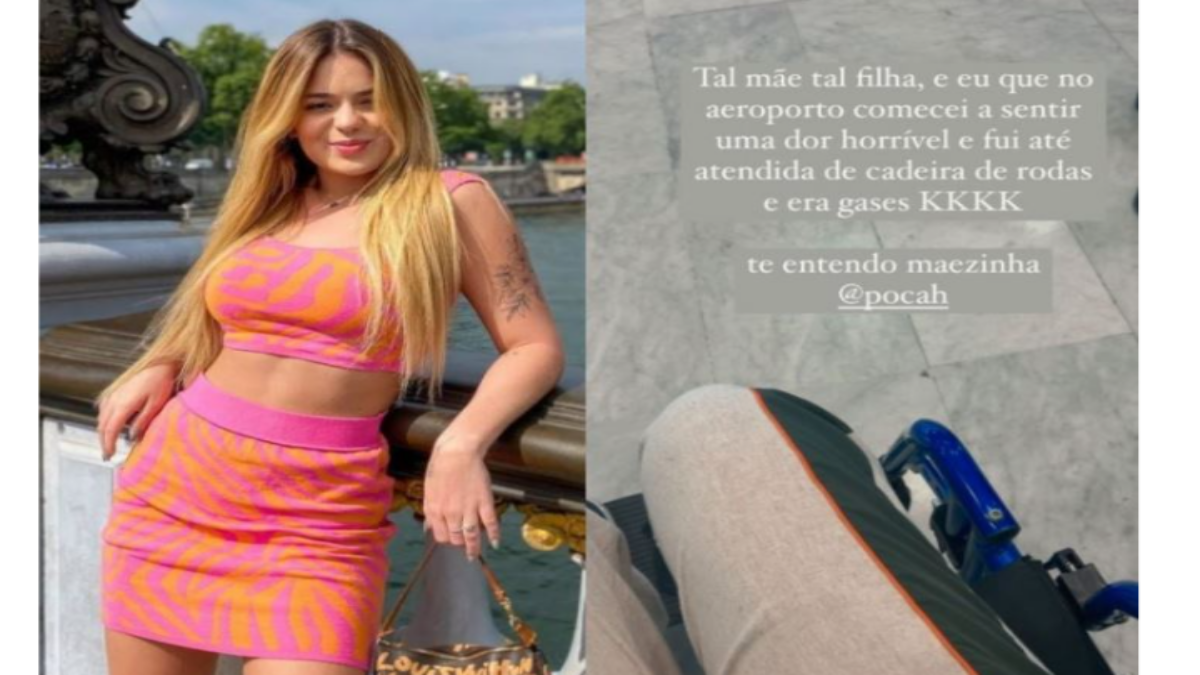 Viih was in Portugal with her reality-star boyfriend Eliezer for the Rock in Rio Lisboa 2022 music festival when she revealed she’d been suffering from agonizing abdominal pain.

Viih Tube, a 21-year-old online star, later revealed to her followers that her “unbearable pain” was caused by trapped wind.

Brazilian Viih shared her story on social media, mentioning Pocah, a Brazilian singer who made headlines earlier this year after being hospitalized for holding a fart.

Viih wrote: “Like mother, like daughter. And I, at the airport, started to feel unbearable pain and I was even put in a wheelchair and it turned out to be gas.

“I understand you, mummy Pocah.”

Pocha replied, writing: “Get well, my daughter. Farting is serious!”