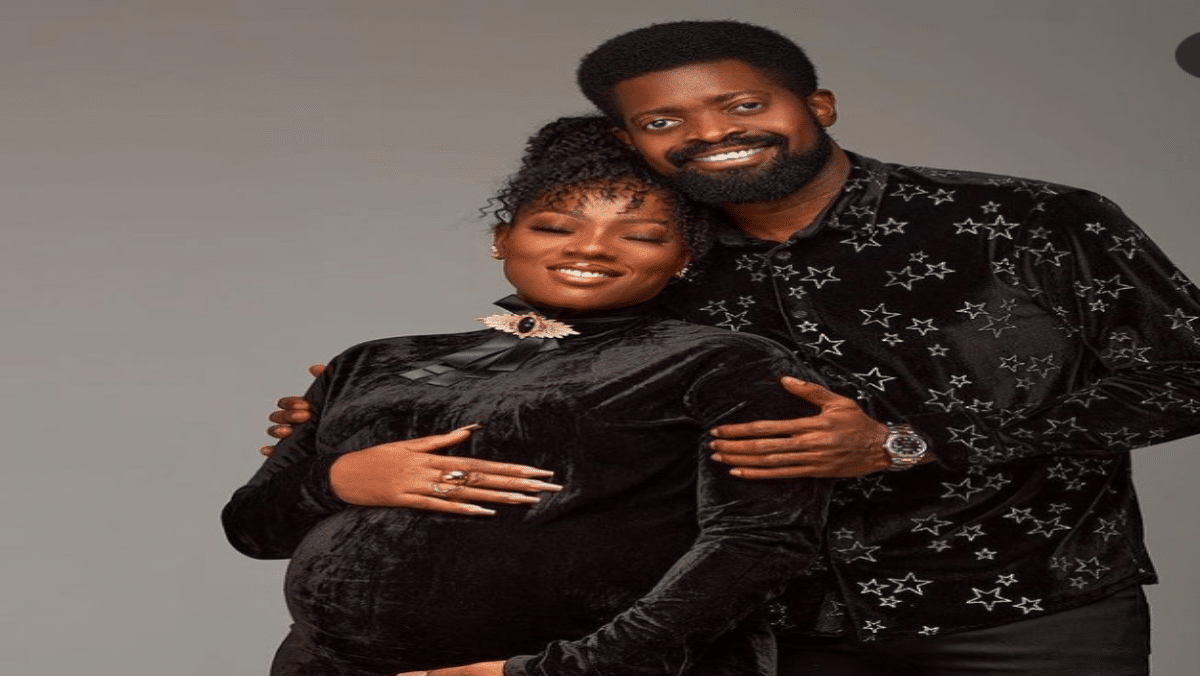 Comedian and actor, Bright ‘Basketmouth’ Okpocha is expecting his third child with his wife, Elsie Okpocha after three miscarriages.

The couple announced they would be having another child in separate Instagram posts on Tuesday, July 13.

Basketmouth’s wife said she had prayed endlessly and craved desperately for another child despite having two kids.

She also revealed that she had three miscarriages but shared the news of their expectation to the world on her birthday.

“I prayed for this, endlessly. I craved for it desperately, yea even after 2 kids, and after three miscarriages… God said it was time, his perfect time! It’s a new chapter!” she wrote as the caption for her picture with a protruding belly.

Responding to his wife, Basketmouth appreciated his wife for updating his fatherhood licence with the pregnancy.

“Happy birthday darling dearest Elsie Okpocha I am so blessed to have an amazon for a wife. Here’s wishing you the very best things in life, which starts with me.

“Thanks for updating my fatherhood licence a month ago, I am now upgraded to version 4. You’re beautiful AF!”

“Obi cuban didn’t Receive those Gifts Because he was good”.-Dr Penking.