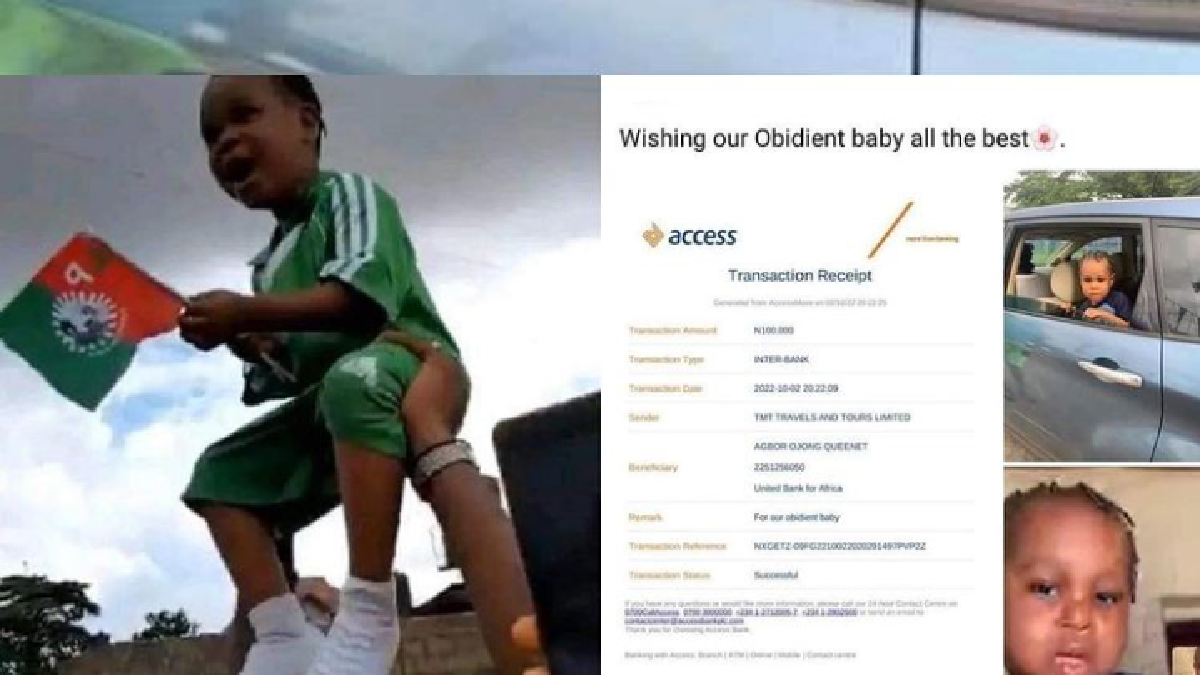 During one of the independence day rallies organised for Peter Obi in one of the locations in Nigeria, a little baby trended as the star of the rallies after she showed so mich energy during the rally.

According to Goldmyne, the little baby who was the star during a rally by Peter Obi supporters has gotten $5,500 from Obidient diasporans.

On its Instagram page, Goldmyne posted; “Baby Chioma and mother receive well furnished flat and $5,500 from OBIdient diasporans & 100k naira, equally received scholarship to University level. Money is for the mother to start a business.Baby Chioma is the poster girl of Peter Obi Presidential campaign.”