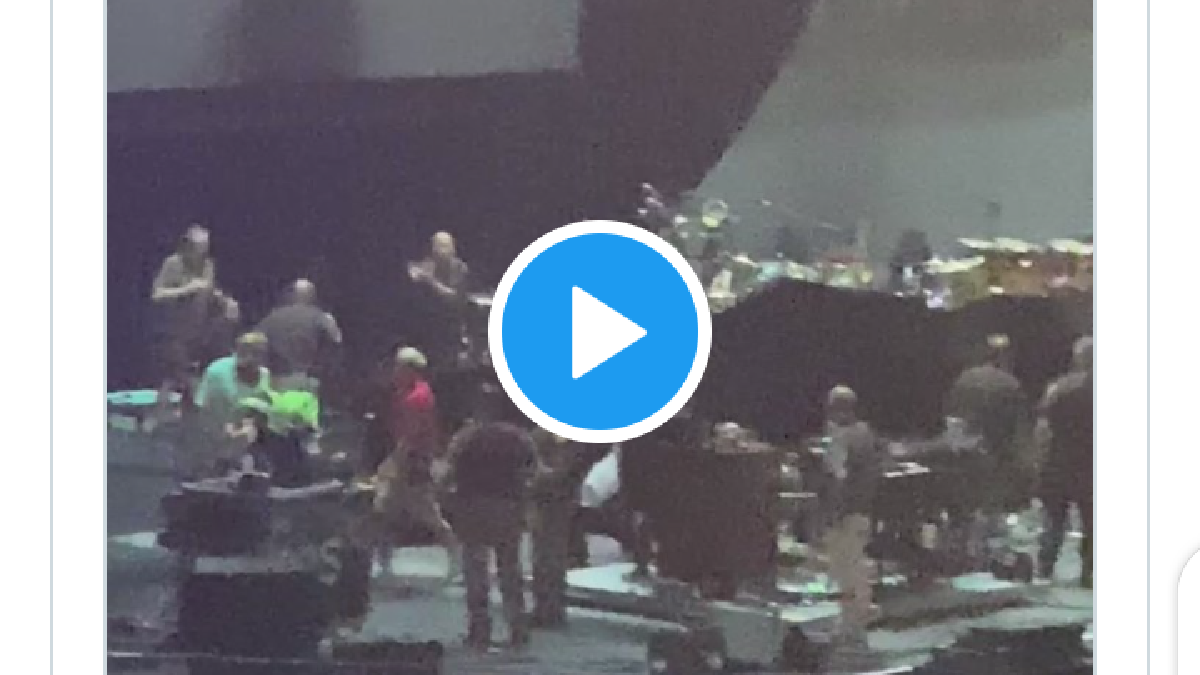 Carlos Santana, a Grammy Award winner, collapsed on stage during a concert in Michigan on Tuesday night, July 5.

The 74-year-old passed out about 20 minutes into his set at the Pine Knob Music Theatre in Clarkson, an outdoor venue on the outskirts of Detroit, prompting medical personnel to rush onstage, cover him in a tarp, and wheel him away.

“Medical personnel on stage. Crowd asked to pray for him because of a ‘serious medical’ issue.”

In a statement, a representative for Santana said he was “over-taken by heat exhaustion and dehydration” during the show and was “taken to the emergency department at McLaren Clarkson for observation and is doing well.”

Video captured by a fan showed Santana waving to the crowd as he was being wheeled away.

Santana, 74, a longtime Bay Area resident, is a member of the Rock and Roll Hall of Fame and has received ten Grammy Awards. He is currently on tour with Earth, Wind & Fire on their “Miraculous Supernatural” tour.

“The way girls love me, If I be male artiste I will already have like 5 baby mamas.”-Tiwa Savage