All You Need to Know About Jowizaza.
Advertisement 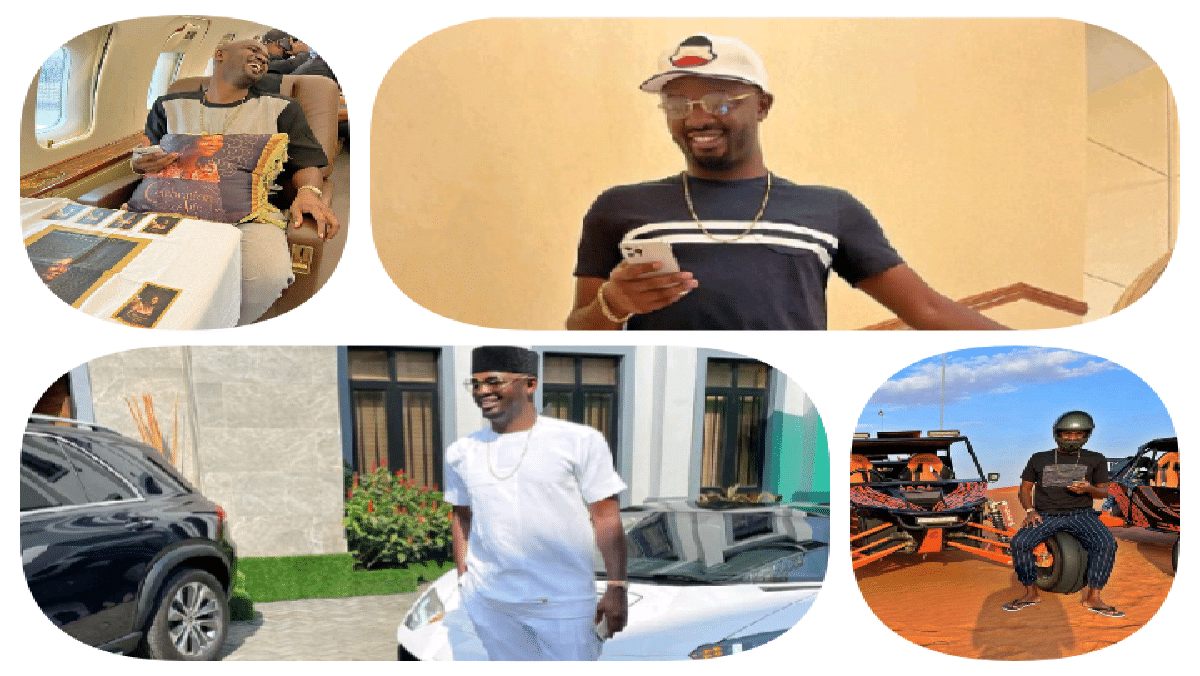 Chances are that you may not have heard the name Jowizaza before the “#cubanaburial” which took place in Oba, Anambra State over the weekend.

Jowizaza has always kept a low profile and many people hardly know that he exists. The #cubanaburial may have exposed the wealth being controlled by Jowizaza. He was seen a video dishing out multi dollar notes as well as Naira bundles on Obi Cubana during the event in Oba.

The young Billionaire had attended the burial ceremony in his private jet. Thanks to the New airport recently constructed by the Anambra State Governor, Willie Obianno.

People always say that Wealth is of different levels.

A popular brand once had an advert that says “billionaire at 29? That’s already one year late”. It’s usually a good feeling for anyone when they achieve the billionaire status in their 30s. They know they’ve made it when different celebrities are close to them and they are not anywhere near the entertainment industry.

This is the case of this young and lowkey Nigerian Billionaire, Joseph Ezeokafor also known as Jowizaza, who is the heritor to a billion dollar oil business. Only a few of you might have heard him but for the sake of the majority, we are giving you information about the biography of the adventurous and the flashy lifestyle of young billionaire Jowizaza.

Joseph Eze Okafor prominently known as Jowizazaa was brought into the world on 19 March 1985, he is 36 years of age.

He schooled at Sacred Heart Seminary Nsude in Enugu state, prior to continuing to Madonna University Okija, and did his post-graduate examinations at The Coventry University London, United Kingdom, and later went to Kelce College of Business.

Jowi Zaza as was popularly known in hisdays in Madonna is the CEO of Jezco oil and gas and he additionally runs Jezco grease. The organization was established by his very rich father who had given the business over to him.

Jowi Zaza is a young Nigerian billionaire in his early thirties who acquired a luxury new ride to celebrate his birthday recently that sparked so many questions online. The 34 years old oil mogul Jowi Zazaa reportedly Gifted himself a Lamborghini Aventador Worth N115m For His Birthday.

The habitual Traveller enjoys visiting various spots all throughout the planet, including London, Turkey, New York, the Caribbean, and the Al Jumeirah in Dubai, among others.

The Ekwulobia born billionaire Jowizaza is a famous Nigerian person who is well known with most Nigerian big names. Jowizaza is very much regarded in the music and entertainment business, he has been often seen with influential people such, E-Money, Obi Cubana, and Cubana Chief Priest as of late.

He is additionally known for his faultless desire for design houses like Louis Vuitton, Dolce and Gabanna, Gucci, Zara, and others.

Jowizaza once in a while appreciates high society occasions and festivities. He’s been seen with Nigerian VIPs and individuals of note, for example, E-Money, Obi Cubana, and Cubana Chief Priest as of late in the recently held burial ceremony of the late mother of Obi Cubana.

Jowizaza is the biological son of the original owner of Jezco Oil, Chief Joseph EzeOkafor Snr.

Jezco Engine Oil is rather a household name in Nigeria, being responsible for the production of what many people regard as quality engine oil.

In the past, Mitsubishi Motors had given Jezco Oil Nigeria Limited an award of appreciation for Jezco Rosy special lubricants. He is said to own a factory that makes gasoline dispensers.

Chief Joseph Okafor is currently worth $2 Billion. He is blessed with two sons and five daughters. Jowizazaa is the Jezco Oil former boss’s successor and new Managing Director.

He went on to Kelce College of Business after finishing his post-graduate stint at Coventry University in London, United Kingdom.

In a post he made on Instagram on 2013, Jowizaza was seen receiving a certificate, which he referred to as his first Masters Degree certificate from Coventry university London.

Oil and Gas Tycoons Jowi Zaza is the CEO of Jezco Oil and Lubricants an oil company founded by his Father Chief Sir Joseph Ezeokafor.

He is one of the money bags in Nigeria as he worth hundreds of Billions of naira, JowiZaza has been living his life on a low key and people don’t really know much about him. He drives a lot of exotic cars both within and outside the country. Jowi Zaza net worth is estimated at $74.6 million.

According to reports Jowizazaa has been said to own and lives in a mansion at Chevron Drive, Lekki zone of Lagos state Nigeria.

From posts being made by Jowizaza on Instagram, it wouldn’t be bad if anyone describes him as an extravagant person.

The young CEO of Jezco Oil tours the globe and regularly posts images and video clips of his journeys on social media.

He reportedly lives in the United Kingdom, but he maintains a mansion worth millions of naira on Chevron Drive in Lekki, Lagos State.

It is also rumoured that he owns a house on Banana Island, as his posts on Instagram suggests.