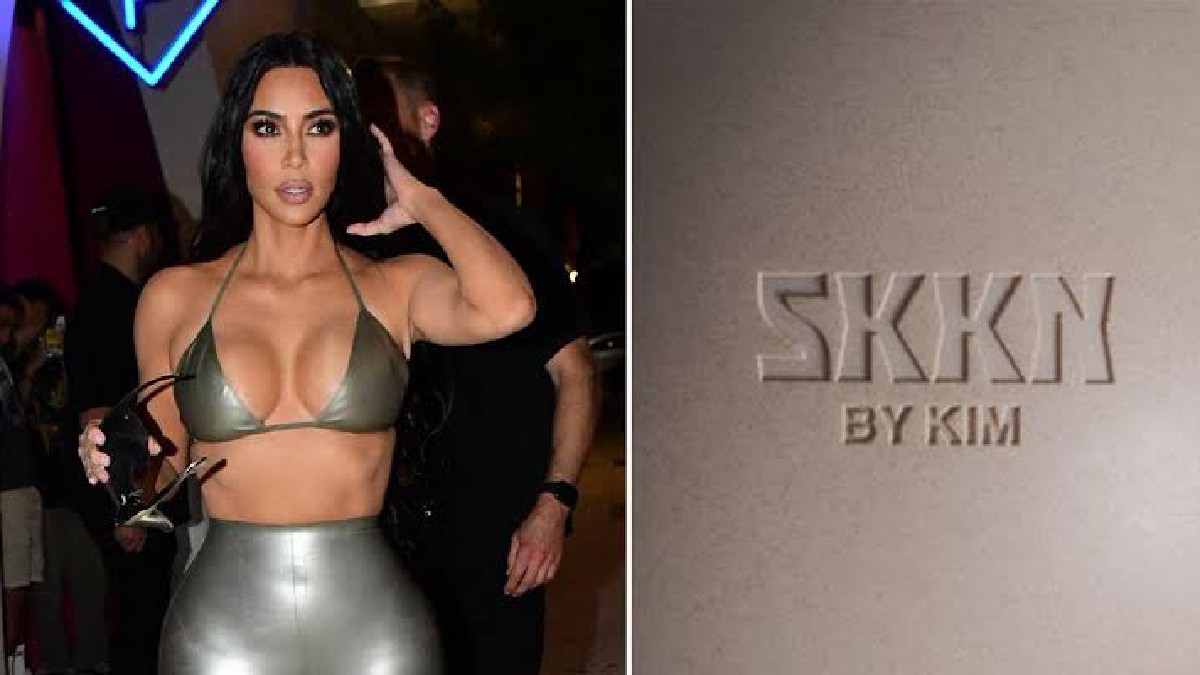 A small business has filed a lawsuit against Kim Kardashian, accusing her of trademark infringement.

Kim Kardashian is being sued for trademark infringement over her new brands, “SKKN” and “SKKN BY KIM,” according to documents obtained by TMZ. Beauty Concepts, based in Brooklyn, is the company behind the lawsuit, which claims to own the rights to “SKKN+” and claims Kim’s use of the term confuses customers.

According to the lawsuit, Beauty Concepts is a Black and woman-owned business that battled the pandemic before coming up against Kim’s similar branding this year.
The company allegedly contacted Kim’s representatives to explain that they owned the trademark rights to “SKKN+,” but were ultimately ignored, with Kim launching her own line anyway.

In response, Kardashian’s attorney Rhodes, who represented the family in the recent Blac Chyna case, claims that they attempted to reach an agreement with Ms. Lunsford and Beauty Concepts LLC.

‘We applaud Ms. Lunsford for being a small business owner and following her dreams,’ it says, in part, in Rhodes’ response. ‘But that doesn’t give her the right to wrongfully claim that we’ve done something wrong.’

Rhodes later added: ‘Several times we reached out to Beauty Concepts, trying to find a sensible path to coexistence. We pointed out that running a small esthetician business in Brooklyn does not give it the right to shut down a global skincare line.’

Building on independent research and development, her company filed a trademark application for “SKKN BY KIM” to protect the new branded products. This prompted the current shakedown effort.”

In the original cease-and-desist letter that was obtained by TMZ, Beauty Concepts claimed that it operates a website and social media account using the same block letters as Kardashian’s brand, and that it applied to the U.S. Patent and Trademark Office back in March to register the SKKN+ logo.

The company stressed that it had spent a lot of time and effort over the last three years building their brand, and that they were now concerned that Kardashian’s brand would cause confusion in the marketplace.

At the time, Kardashian’s lawyer responded to TMZ saying: ‘We certainly appreciate and support small businesses, and our hat is off to Ms. Lunsford. But the question at hand is one of trademark law and we’ve not done anything deserving of legal action by her.’

Adding: ‘We are disappointed that she has chosen to run to the media knowing that we were scheduling a call for tomorrow, requested by her attorney. So while disagreeing with the letter, we’re hopeful that we can smooth things over once both sides speak.’

“SKKN” has been plagued by questions of legitimacy ever since its launch. Fans questioned whether Kim copied the name off Aussie influencers Emilee and Amy Hembrow, who already have a skin clinic called “SSKIN”.