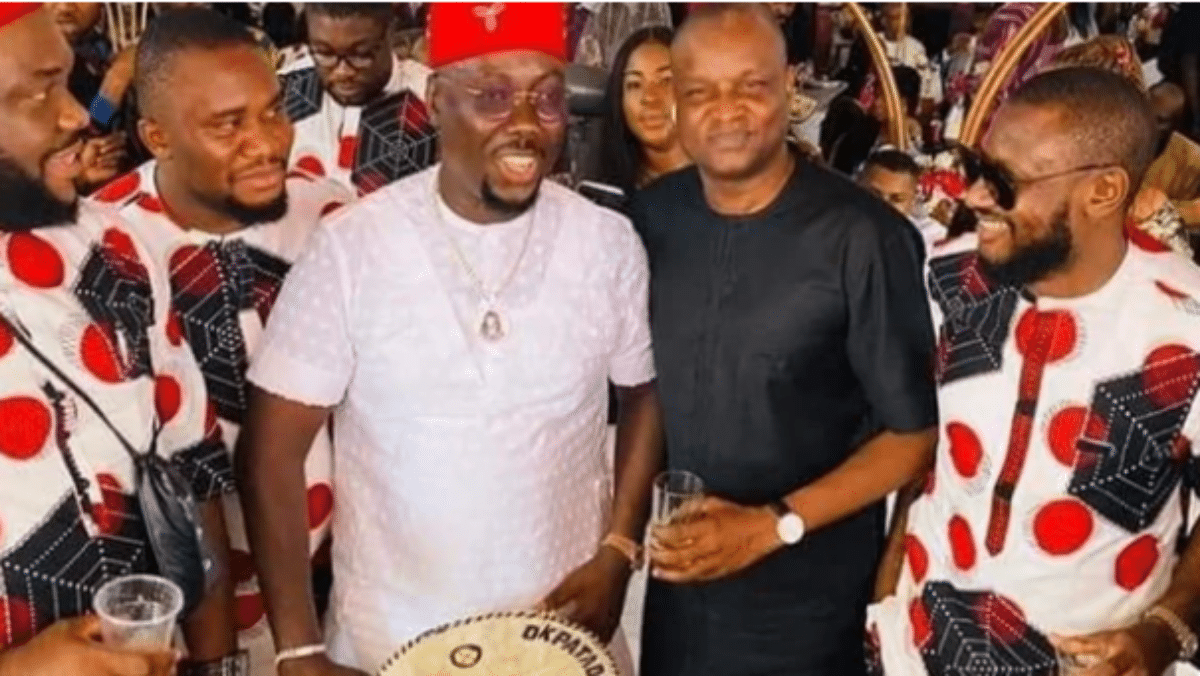 There was a luxurious showcase of abundance in Oba, Anambra State, on Friday 16th July, 2021, when the club proprietor, Obi Cubana, buried his late mom in fabulous style.

First it was the talk of over 300 cows for a burial, next it was spraying of money, later the talk was about the presence of NIGERIA’S supper Cop and head of the Inspector-General of Police (IGP’s) Intelligence Response Team Abba Kyari.

Famous people, actors and actresses, finance managers, entertainers and lawmakers turned out in their numbers for the burial ceremony.

Pictures and videos of the event have been trending on social media.

This was even as Naira notes were rained at the occasion, notwithstanding a few presents he had got before the occasion, including cows, staple and beverages.

As head of the Inspector-General of Police (IGP’s) Intelligence Response Team in 2017, Kyari, a Deputy Commissioner of Police, led the operation that led to the arrest of Evans, suspected billionaire kidnapper.

He has also cracked other cases that shook the country, including the tracking down of the alleged ESN members who had terrorized Owerri and other cities in the south East.

Oba, the town in Idemili North Local Government Area of Anambra State, is not the first place where Kyari will be seen relaxing and enjoying himself.

He has spent time off the job with music star, Davido, Musiliu Akinsanya, Chairman of the National Union of Road Transport Workers (NURTW) in Lagos State, better known as MC Oluomo and others.

Some of the persons who saw the picture of Kyari at the burial expressed shock, lamenting that the services of the super cop are needed in other areas at a time of high level of insecurity the country.

But in a Facebook post, Kyari said he attended the funeral because of his relationship with Iyiegbu, whom he described as hardworking.

“Obinna Iyiegbu popularly known as Obi Cubana is one of the most hardworking entrepreneur and Humble personality that I have known for many years. He is a brother and Good Friend.”

“For his good nature and Good heart, Today I had to Squeeze out time from my busy schedule to Honor him, by Attending the burial of his Beloved Mom In Oba town Anambra State.

Obicobana; 2 things Kanayo O. Kanayo Said to the Youths Will Shock You.