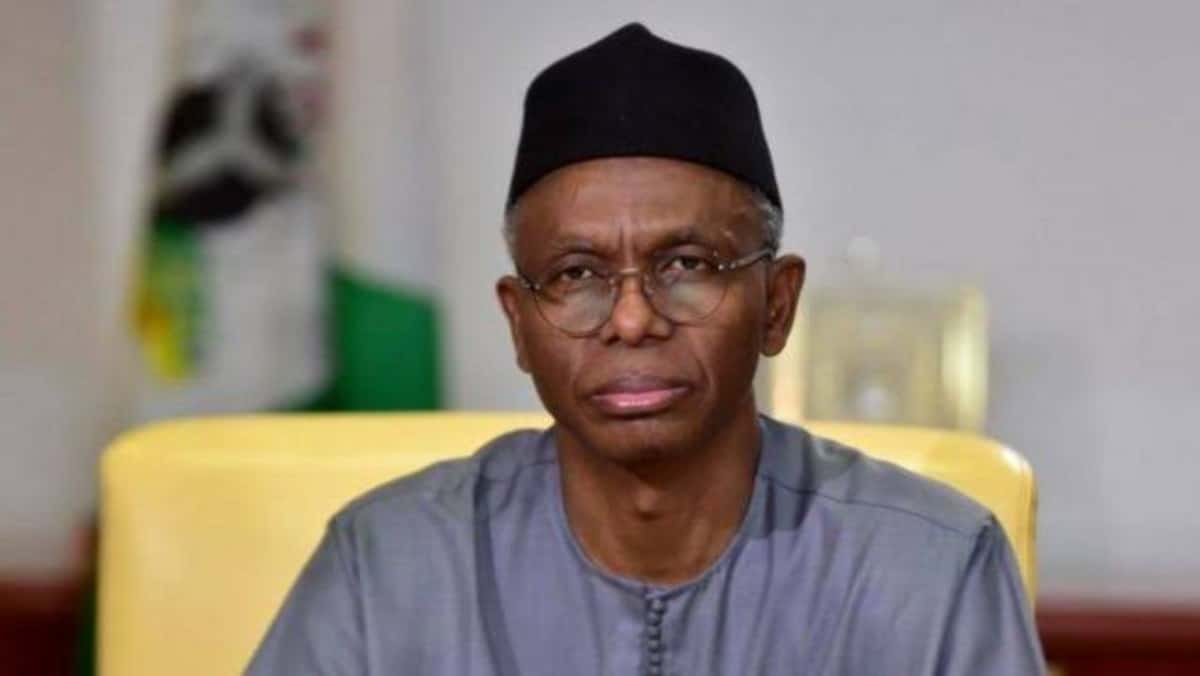 Malam Nasir El-Rufai, Governor of Kaduna State, has expressed concern about terrorist activity in his state.

Speaking on Thursday, El-Rufai stated that dreaded Boko Haram and the Ansaru terrorists are now in two local government areas of Birnin-Gwari and Giwa in the state.

According to Punch, the governor made the remarks while receiving the 2022 First Quarter Security Report at the Sir Kashim Ibrahim Government House in Kaduna.

According to the report presented by the state Commissioner of Internal Security and Home Affairs, Samuel Aruwan, 360 people were killed in the state between January and March 2022 by bandits, terrorists, or communal violence.

The governor explained that one of the kidnap victims, a roommate at the university, told him that the terrorists in one of their conversations, said the “forest in Kaduna is better than that of Sambisa so they should all relocate here.”

Which Terrorist Groups are in Kaduna State?

Speaking on Thursday, El-Rufai stated that dreaded Boko Haram and the Ansaru terrorists are now in two local government areas of Birnin-Gwari and Giwa in the state.

Terrorist groups’ presence, particularly in the North-West, is potentially more serious and dangerous than in the North-East, prompting the military and other security agencies to take notice.

El-Rufai observed that the presence of these terror groups had shifted the problem of insecurity from the Northeast to the Northwest.

This comes as the Governor muted the idea of clearing three communities in the state’s Kachia Local Government Area, Rijana, Katari, and Akilibu, for their alleged involvement in kidnapping incidents along the Abuja-Kaduna expressway over the years.

The governor said, “It is unfortunate that in spite of our investment in human, material and other resources to stem the tide of criminality in the state, the levels are still a source of concern.

“This presentation has brought out new emerging concerns that I will want the security council to take note of and discuss and maybe to proffer some suggestions.

“The first great concern is the emergence of Boko Haram terrorists enclave as well as activities of Ansaru, particularly in Birnin-Gwari and Chikun Local Government.

See also “Anyone who kills a non-Muslim, who they have agreed to live peacefully with, will not smell the fragrance of Paradise for 40 years,” – Sheikh Gumi

“Among those kidnapped from the train, was a former roommate and classmate of mine who was released upon payment of a ransom and throughout the period that he was in captivity, it was very clear that the terrorists were making comments like the forests in Kaduna are even better than Sambisa, so, they should all relocate here. I think this is an area we should all be concerned about.

“And that is why we have been making the point that the problem of insecurity now has moved from the North-East to the North-West. What is happening in North-West is far more serious and potentially more dangerous than we have ever had in the North-East and we will like the military and other security agencies to take notice of this before it gets out of control.”

El-Rufai also expressed concern that the terrorists had gone expertise in bomb-making, saying that this “because Boko Haram and Ansaru elements have moved into the state.”

“The second which is related to the first is the use of Improvised Explosive Devices (EIDs) and mines in the state. We have been lucky thanks to the Police we have been able to defuse most of them without causing major loss of lives.”

“This is still a major concern. Because this shows very clearly the movement from banditry to terrorism with expertise in making explosive devices. Again this is because Boko Haram and Ansaru elements have moved into the state,” he added.