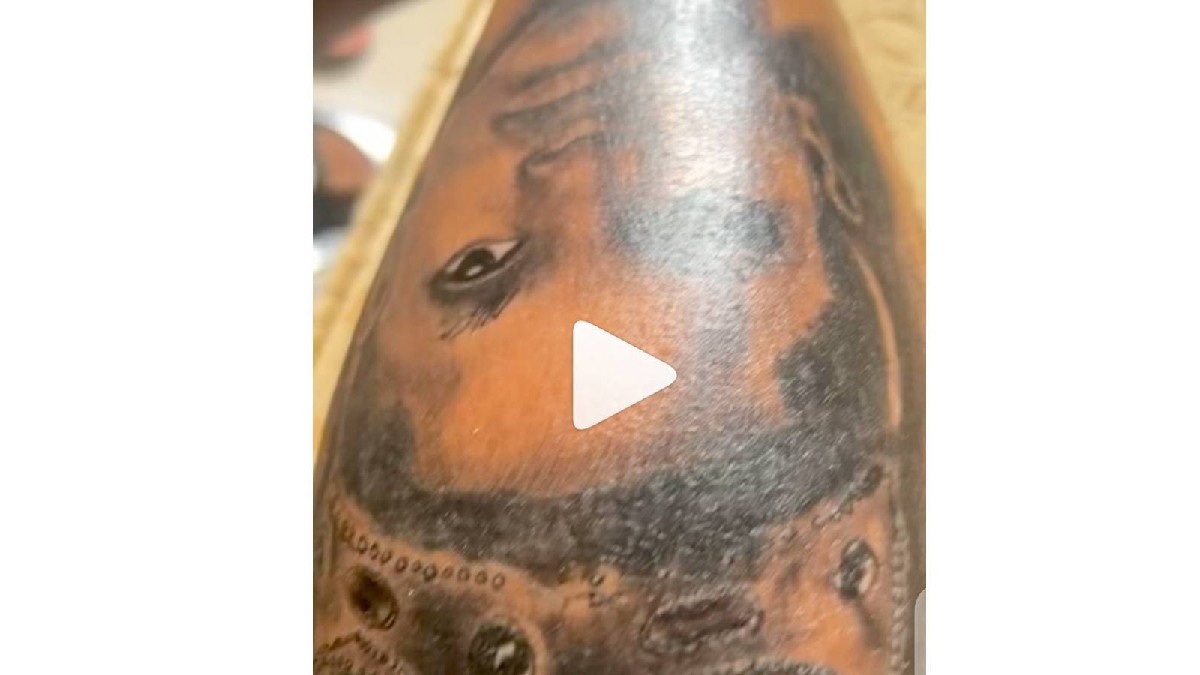 Angela Okorie, a Nollywood actress, gets a tattoo of her son’s face on her leg.

On Thursday, July 21, the singer uploaded a video of the tattoo to Instagram.

She said her son was thrilled to see a tattoo of his face on her body.

Captioning the video, she wrote: “So I decided to get a tattoo of my son’s face and @Kaystattooz made it possible. The guy badt. Chamber was so happy I got his face tattooed on me.”