WIKE VOWS TO END KILLINGS IN PLATEAU, OTHER STATES IF ELECTED PRESIDENT
Advertisement 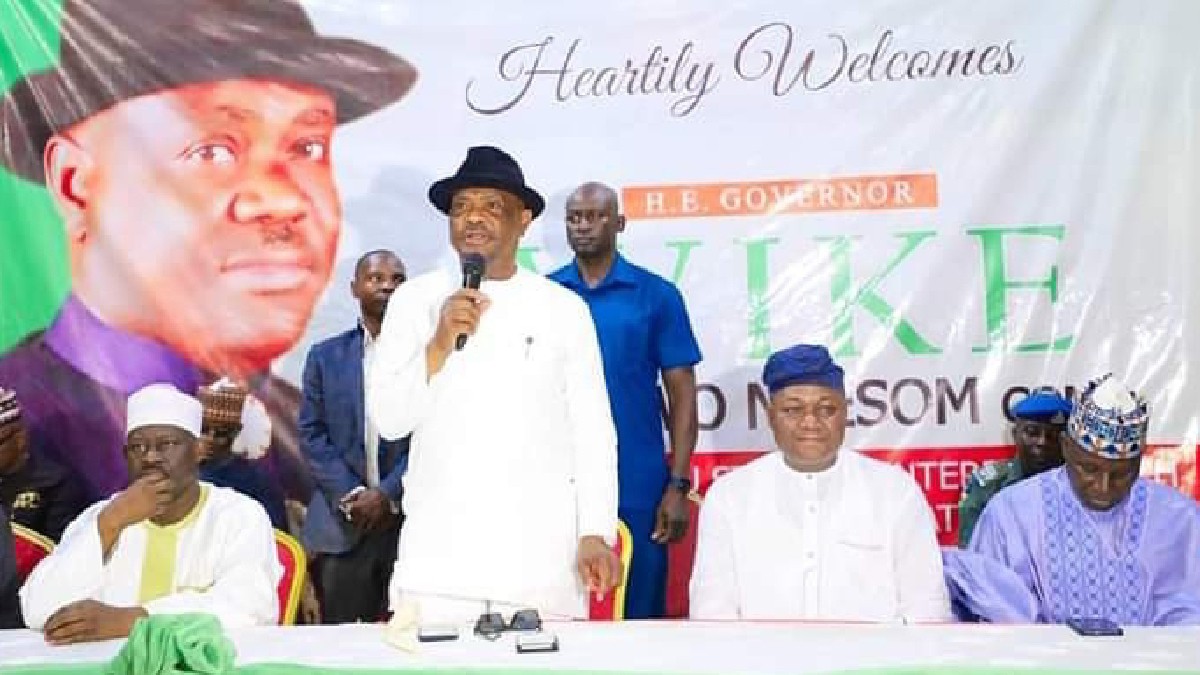 Peoples Democratic Party, PDP, presidential aspirant and Governor of Rivers State, Nyesom Ezenwo Wike has vowed to end the cold-blooded massacre of citizens of Plateau and other States if elected president in 2023.

Governor Wike has also described as regrettable the failure of the All Progressives Congress (APC) led Federal Government to end the incessant wanton destruction of life and property in Plateau State.

The governor stated this on Saturday when he visited Jos, Plateau State capital as part of his ongoing consultation with PDP delegates across the country ahead of the party’s convention slated for 28/ 29 May, 2022.

He observed that the under the watch of the APC led Federal Government banditry and other horrid criminal activities have been thriving in Plateau State, which is regrettably governed by the same party.

Governor Wike told the delegates that if given the PDP presidential election, he will win the 2023 general election for the party and subsequently end the menace of heart wrenching violence in Plateau and other parts of the country.

“Give me the ticket, I will win the election and this thing will be a thing of the past.”

He explained that he is serious about his bid for the office of the President of the Federal Republic of Nigeria. According to him, if elected, he will replicate his remarkable achievements as governor of Rivers State in other parts of the country.

“What is important for me is that PDP must take over in 2023. What our party requires now is somebody who can win election for PDP . I am not running to answer the name former presidential candidate, no. That is not why I am running. I am running election because I know if you give me the ticket I will win this election for the PDP and for Nigeria.”

The Rivers State governor commended former Plateau State governor, Jonah Jang and Senator Jeremiah Useni for settling their political disagreement in the interest of the party. According to him, the reconciliation of the two leaders made it possible for the party to win a House of Representatives seat in the recent bye-election in the state.

Plateau State PDP chairman, Chris Hassan, who acknowledged the role Governor Wike played to reconcile the leaders of the party in State, assured him that the state support.

“You came, you saw us in problem, you helped us in settling the issue in Plateau. And along you brought us one of the most coveted seat that has eluded us for 19 years, that house of representatives we are looking for 19 years. Your Excellency, it will interest you that the member representing the House of Representatives is from my own constituency, so you brought us good tidings.”