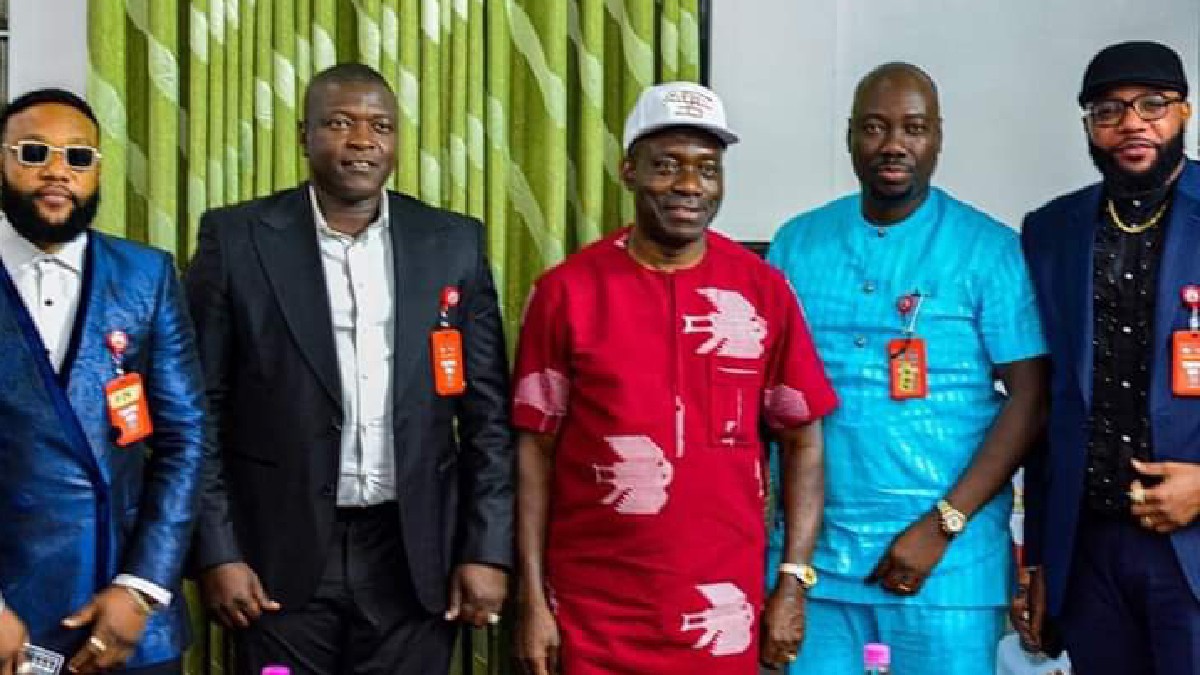 Speaking at the event of their meeting with the governor at the Government House in Awka, the Anambra State born captains of industry and business tycoons stated that they were in Anambra to commune with the governor and find out ways to partner with the state government on some of the key business and industrial development areas that will further open up Anambra State as the industrial hub of the South East.

They applauded the efforts of the Soludo-led administration on the gains recorded so far on the fight against the menace of insecurity in the state which according to them, is an impediment to the progress and overall development of the state.

The Governor who was elated at their visit, thanked them for their support, and promised not to renegade from his vision and agenda of moving Anambra forward, stressing that the state government is open to partnerships that will further the course of development of the state in any sector.