From Bolt Driver to Husband; How a Bolt Driver Married His Passenger Two Years after ride.
Advertisement 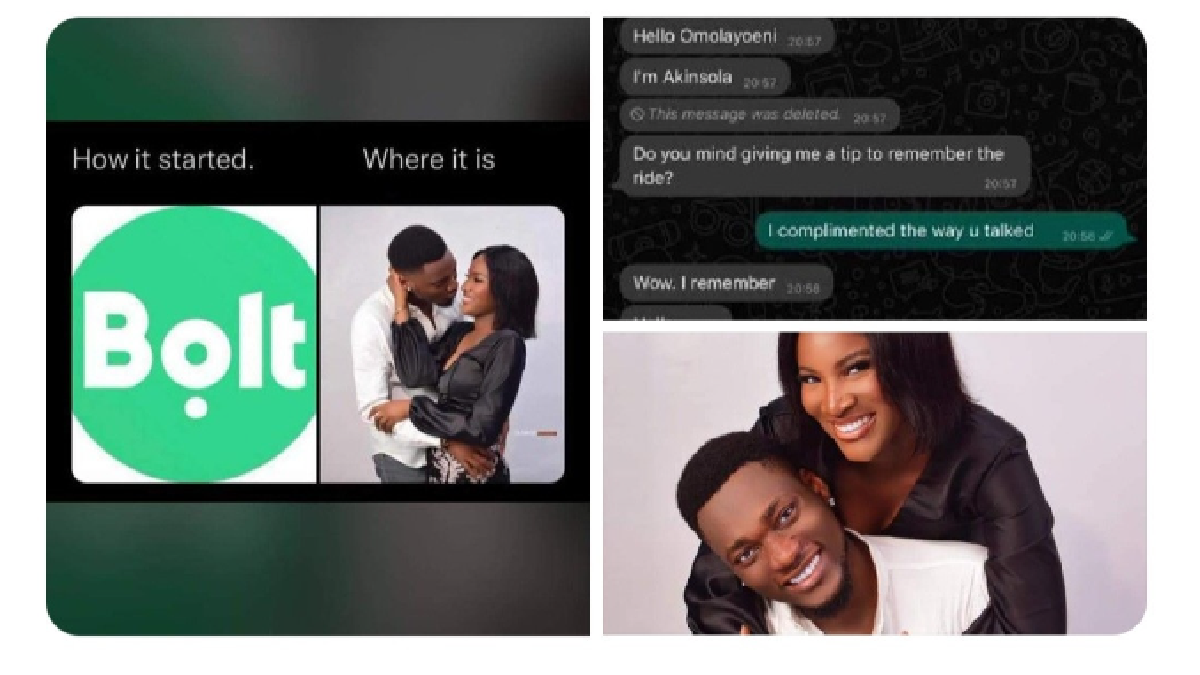 A Nigerian man who was also a Bolt driver married a passenger.

Two years after she made the first move after a ride, the man married his passenger.

The passenger had complimented the driver throughout the journey, and she had sent him a message when the ride was over.

They started dating and are now married.

“From Bolt ride to marital ride,” wrote the bride’s brother.

“Go Ahead” – Niyi replies blackmailer who threatened to release his Nπde.