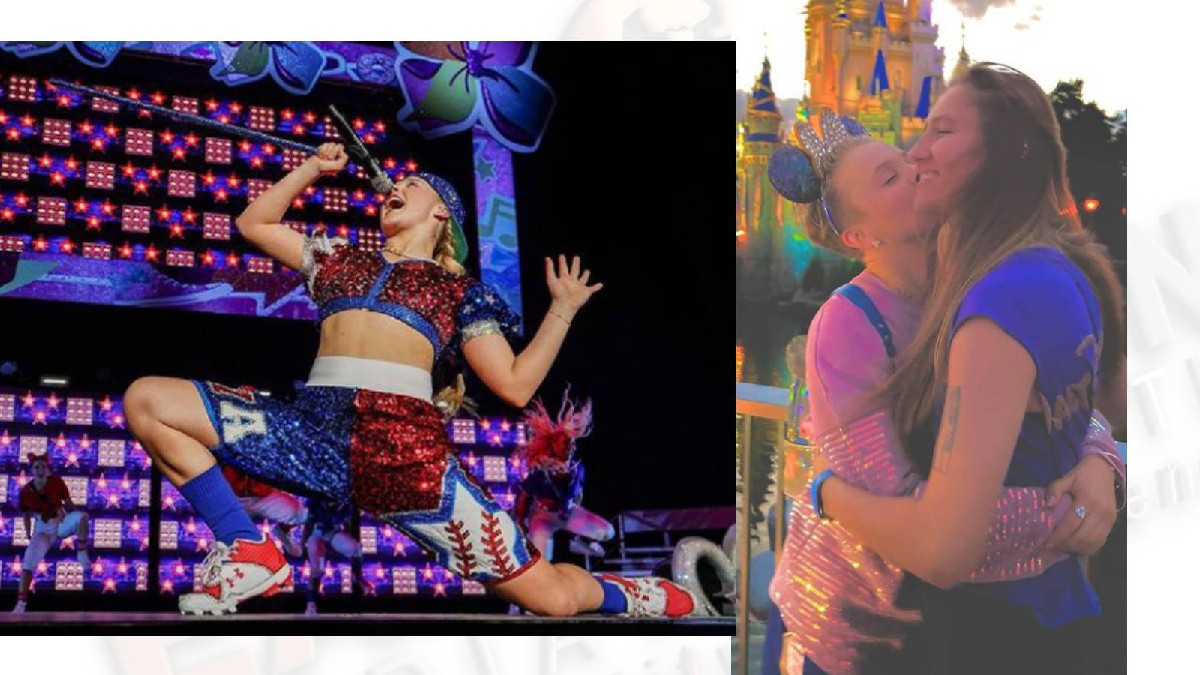 JoJo Siwa, an American singer, dancer, and youtuber, has revealed that she and social media influencer Kylie Prew have rekindled their romance.

The Dancing With the Stars alum shared two photos of the couple kissing while strolling through Florida’s Disney Parks.

Siwa and Prew began dating in 2021, around the time the “Boomerang” singer came out as gay.

Prew, she later revealed, was the one who encouraged her to share her truth publicly.

Jojo Siwa captioned the post “If you love something let it go, if it comes back…”

Rumors that the two had broken up spread quickly in October 2021, while Siwa was competing on “Dancing With the Stars.” She and pro partner Jenna Johnson made history when they became the first same-sex dance couple to compete for the mirrorball trophy.

Siwa told Page Six in a post-show press conference for the dance competition series that she was relying on her “older sister” (Johnson) for support at the time.

One month later, during a guest appearance on the “This Is Paris” podcast, the all-around entertainer confirmed her split from Prew.

Fans have been speculating for some time that Siwa and Prew were reuniting, especially after they were photographed holding hands at Disney World earlier this week.

The relationship between Jojo Siwa and Kylie Prew has really been OFF and ON in recent times. At times their relationship seem to be all rosy, and within a short while, they part ways again.

JoJo first revealed to the world that she has a girlfriend in January 2021. However, she kept the identity of her partner hidden at first.

JoJo said she talked to her other half on the phone about her entire coming out experience before sharing the.

“I was again on the phone with my girl, and I started crying,” the YouTube sensation said. “She’s like, ‘What’s wrong with you?’ I’m like, ‘I’m just so happy,’ I was like, ‘because now I get to share what makes me the happiest with the world, and it makes my heart so happy.’”

How Jojo Revealed the identity of her partner

One month leta, Jojo revealed the identity of her partner. JoJo celebrated her one-month anniversary and introduced Kylie to the world on February 8. She did this on Instagram where she wrote

“After being my best friend for over a year … I got to start calling this exceptional human my girlfriend … and since then I’ve been the happiest I have ever been! She seriously is the most loving, supportive, happiest, protective and just the most beautiful perfect person in the world. And I get to call her mine! Happy one month to my girl! I love you more and more everyday!”

In October 2021, Jojo Siwa leta broke up Kylie Prew. The cause of the breakup remained sketchy until it was revealed by j-14 that the pair had split amid JoJo competing on

How old is JoJo Siwa?

Jojo Siwa was born on the 19th of May, 2003. Therefore the American dancer, singer, and YouTuber is 19years Old.