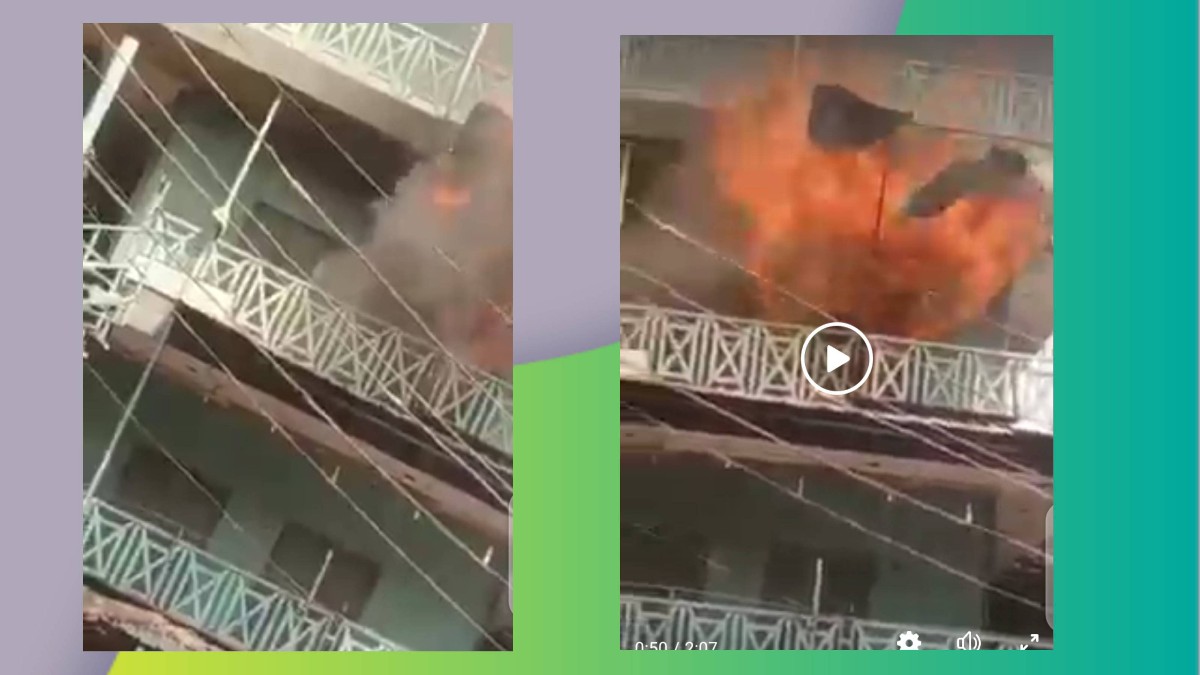 Reports say a late-night fire at the plaza of the Onitsha Main Market in Anambra State on Wednesday destroyed goods worth millions of naira.

The fire also destroyed shops on the third floor of the three-story building near the main market, according to eyewitnesses.

According to our source, the fire was started by an electrical fault.

According to one of the market vendors, the damage had already been done before the arrival of the fire department.

In a video seen on Facebook, the video maker accused the fire service of not being available to attend to the situation. The voice which spoke in Igbo said “Plaza is on fire now, we have been calling the fire service in onitsha and They said they have no water. Now we are trying to call the fire service in Asaba to see if we can get help from Asaba.”

Tochukwu Ikenga, a police spokesperson, confirmed the incident and stated that no one was killed.

He said, “Preliminary investigation shows that the fire was caused by an electric spark and was put out by combined efforts of the police and fire service team.

“The situation has been brought under control. The Commissioner of Police, Echeng Echeng advises the public to always take precautionary measures to avert such ugly incidents.”