Why we are Building - WIKE
Advertisement 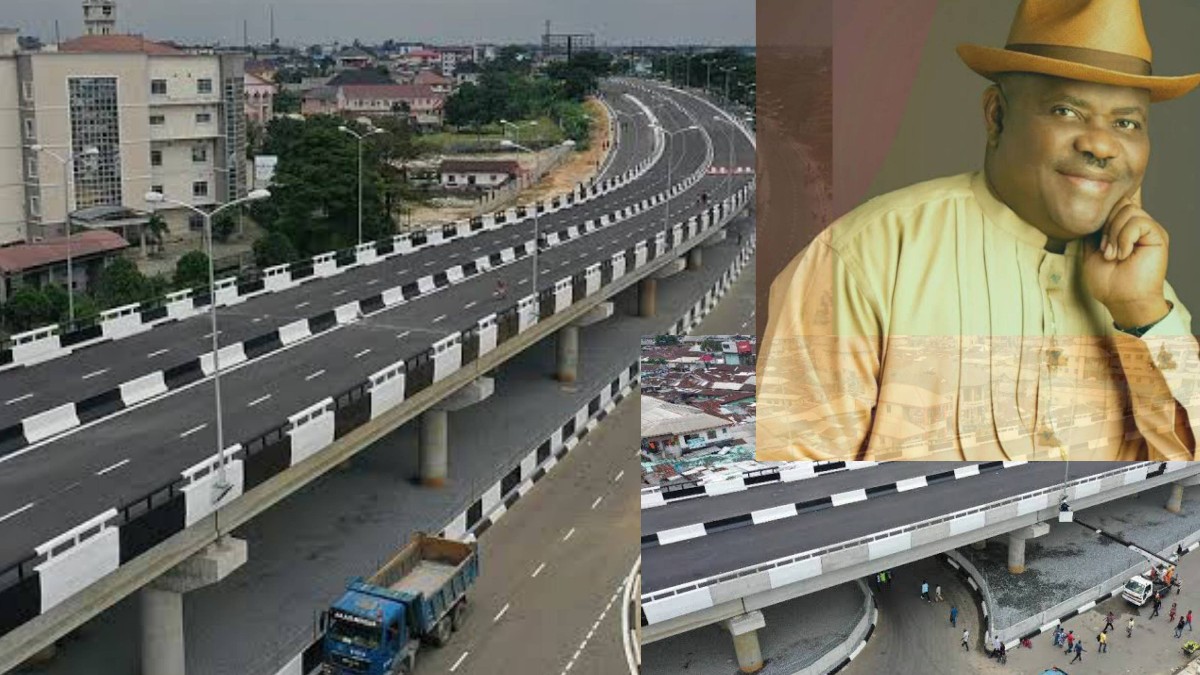 Nyesom Ezenwo Wike, the governor of Rivers State, has stated that his administration is building ten flyovers in Port Harcourt and Obio-Akpor districts to alleviate the catastrophic traffic condition in the state capital.

The governor stated that when the Orochiri-Worukwo and Oroabali flyovers are finished in a few weeks, motorists and commuters will no longer have to endure a terrifying journey on the congested Port Harcourt-Aba expressway.

Governor Wike said this on Friday after visiting the development of the Oroabali flyover project in Port Harcourt.

In awareness of the negative impact of traffic on economic operations, he indicated that his administration opted to build flyovers as a traffic congestion reduction strategy.

“When you look at Port Harcourt and what it use to be in terms of the traffic, it is not what any human being will want to witness. It was very horrible and that of course affects economic activities.”He said.

The governor said with the completion of the Rebisi, Rumola and Rumuogba flyovers, the over one hour thirty minutes spent driving from Port Harcourt city centre to the Rumukurushi interchange has been reduced considerably.

“This is what we call development. Look at how it (Oroabali flyover) has transformed the entire area. It is also promise made and promise fulfilled.”

Governor Wike stated that the company building the flyovers, Julius Berger, has pledged to deliver the projects to the state government by the end of this month.

He acknowledged his delight with the work quality and stated that the State government is pleased with the value for money spent on the projects.

See Also See the main Reason why the Commissioner of Health was Sacked by Gov Wike.

The governor announced that the tenth flyover, which will be built on the Rumukurushi-Elimgbu axis of the Obio-Akpor council, will be inaugurated in the next two weeks.

“We thank God for his mercy and for giving us courage and the resources to carry out these massive infrastructure in the state. And I can tell you the kind of support we are getting from the people.

“We thank Peoples Democratic Party, PDP for giving us the opportunity to contribute our own little quota to the development of the state.”