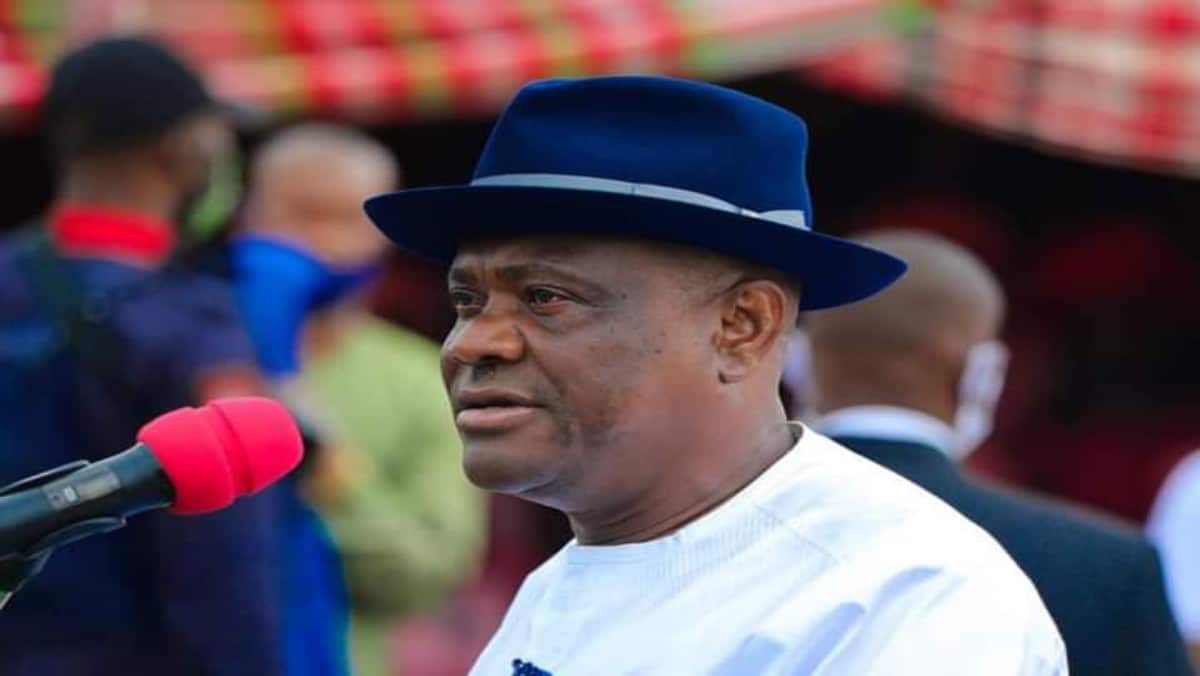 After 150 years of its existence, ancient Opobo kingdom, an island in Rivers State can now be accessed by road, following the inauguration of a section of the Ogoni-Andoni-Opobo Unity road by Governor Nyesom Ezenwo Wike.

The mood in the ancient and historic kingdom of King Jaja of Opobo on Saturday was euphoric, as ecstatic crowd thronged the road and cheering Governor Wike for connecting the island by road to the mainland of the State.

Governor Wike, who’s largely referred to as “Mr.Project” while addressing ecstatic crowd of Opobo, Nkoro, Ogoni, Andoni indigenes at Opobo New Layout, said the completion of the road and its inauguration is a dream come through for the people of the area and his administration.

Governor Wike said he feels happy to have fulfilled his 2014 campaign promise to Opobo people. He expressed appreciation to the administration of Dr. Peter Odili for conceiving the Unity Road project.

According to Governor Wike, without the foresight of Dr. Odili, it would have been difficult for his administration to complete the Opobo axis of the Ogoni-Opobo-Andoni Unity Road.

The governor directed his Special Adviser of Special Projects to liaise with the King and leaders of Opobo on where they desire a new land to be sand-filled and reclaimed for them by the State government.

Governor Wike also urged the Survey General of the State to commence the process of land mapping and survey of the already sand-filled land in the area to enable Opobo people to begin allocation of spaces among themselves.

Speaking about the Queen’s Town erosion menace, Governor Wike reminded Opobo people of the N3. 1billion contract that was awarded when one of their sons was the Commissioner of Works to solve that problem.

The governor said, unfortunately, the company that was awarded the contract disappeared after it got N2billion mobilisation fee paid to it. Governor Wike said it is baffling that their son could frustrate such development project attracted to the area, which would have solved the erosion menace and end the threat of Queen’s Town being washed away.

“Sometimes, you wrote to me about the erosion in Queen’s Town. I told the Amayanabo the other day that the job was awarded when your son was Commissioner for Works. “It was awarded to the tune of N3. 1bilion. The company collected N2 billion and it ran away from site. Amayanabo of Opobo, go and ask your son, who is that company that collected the money and refused to do the Queen’s Town shore protection.”

He said every Nigerian needs to come to terms with the reality that they are better off living together in a united Nigeria than otherwise. The governor, who reflected on the rich diversity, resources and the essence why God has put every part of the country together in a geographic space called Nigeria, said Nigerians must learn to live in unity.

He observed how excited the people are to have a road to drive on to connect the island to the rest of the State. According to him, Governor Wike has brought humanity to governance. He stressed that it is pertinent for Nigeria to remain united so that the Opobo road will continue to be in the country.

Waziri also declared that Governor Wike is an uncommon governor who is providing Nigeria an indispensable ingredient of democracy that will promote nation building.

And that is, for democracy to thrive, to be useful, for it to flourish, democracy must promote nation building.

The Amayanabo of Opobo, King Dandeson Douglas Jaja, said the people of his kingdom will remain eternally grateful to the Governor for the humanity he has brought to governance. He passionately appealed to the Governor to initiate another land reclamation project in Opobo.

Rivers State Commissioner of Works, Elloka Tasie-Amadi said the road is entirely built through mangroves and swamps. “It is 11.15km long, 7.3m wide with a 1.5m wide shoulder on either side.

From the start point at Nkoro/Opobo junction to this point where we are now gathered you will cross 18 culverts of varying dimensions and 5 bridges of varying lengths the shortest being 34m. “Due to terrain peculiarities we have an average fill height of 4m, the least fill height being 2m, a height that qualifies me as a short man, and some fill heights as much as 8m high, taller than a storey building.

It has 2 layers of Asphalt, a binder course of 6cm and a wearing course of 4cm. All together 10cm.”

The Commissioner said with the commissioning of the 11.15km opobo road on the Opobo axis of the 43km Ogoni, Andoni, Opobo Unity road, the Kingdom of Opobo has lost its Island status.

NDLEA Arrests mother of Three With 100 Wraps of Cocaine Tucked in Her Private Part, Handbag.