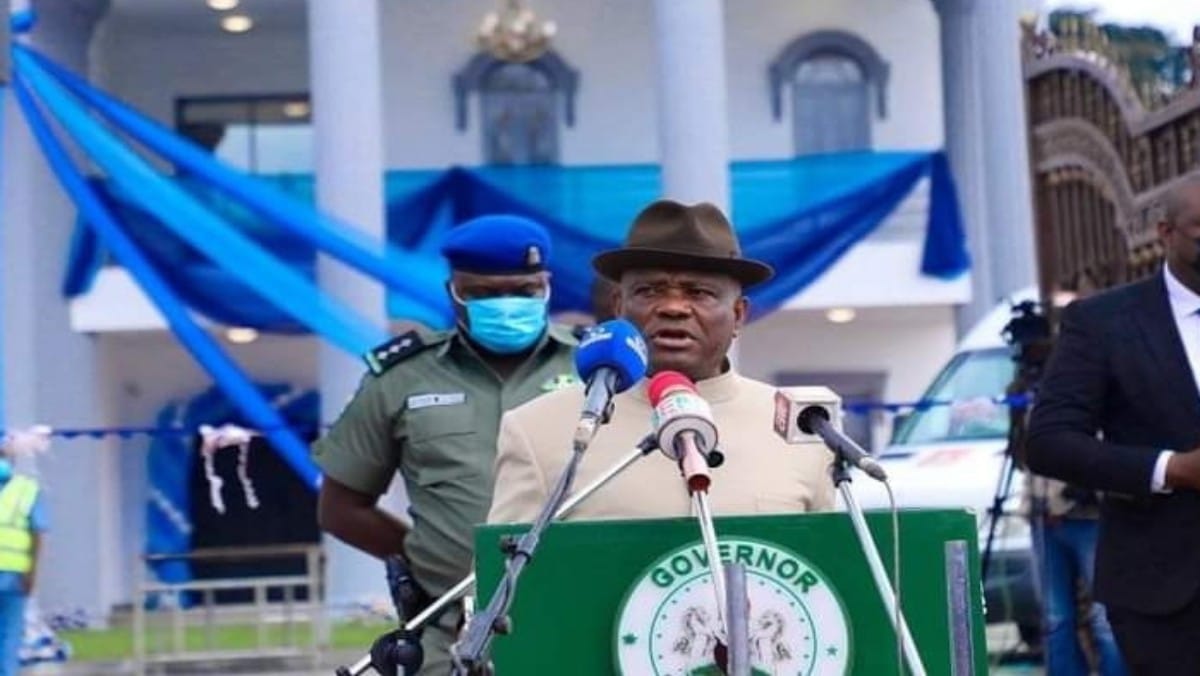 Governor of Rivers State, Nyesom Ezenwo Wike says he cannot support anyone who does not have the vision and strength of mind to champion the course of the State progressively to succeed him in 2023.

The governor said he is more concerned about the steady progress the state can continue to make after his tenure.

Governor Wike stated this during the inauguration of the official residence of the Speaker of Rivers State House of Assembly in the Old GRA, Port Harcourt, the State capital on Thursday.

See Also “I NEVER PROMISED TO SOLVE ALL THE PROBLEMS OF RIVERS STATE”- GOV WIKE.

The governor warned those he described as “blackmailers and those whose stock in trade is to create confusion within the Peoples Democratic Party (PDP)” to know that such indulgence will not fetch anybody the governorship ticket of the party.

“I cannot support anybody who cannot move Rivers State forward. I will support those who mean well for this state and have the heart to continue to support the party.”

The Rivers State Governor declared that no serious politician who is focused on winning any election can ignore the electoral strength of his political ward in Obio-Akpor Local Government Area of the State.

Governor Wike reasserted the status of the Speaker of the Rivers State House of Assembly and said anybody plotting to unseat him will be pitching a fight against the party and should be ready for the consequences.

The governor clarified that he never said all national or State lawmakers were working against him. He urged contributors to pages of the newspaper to show good understanding of spoken expressions when reporting.

“I never said that Assembly people are plotting against me. He said.