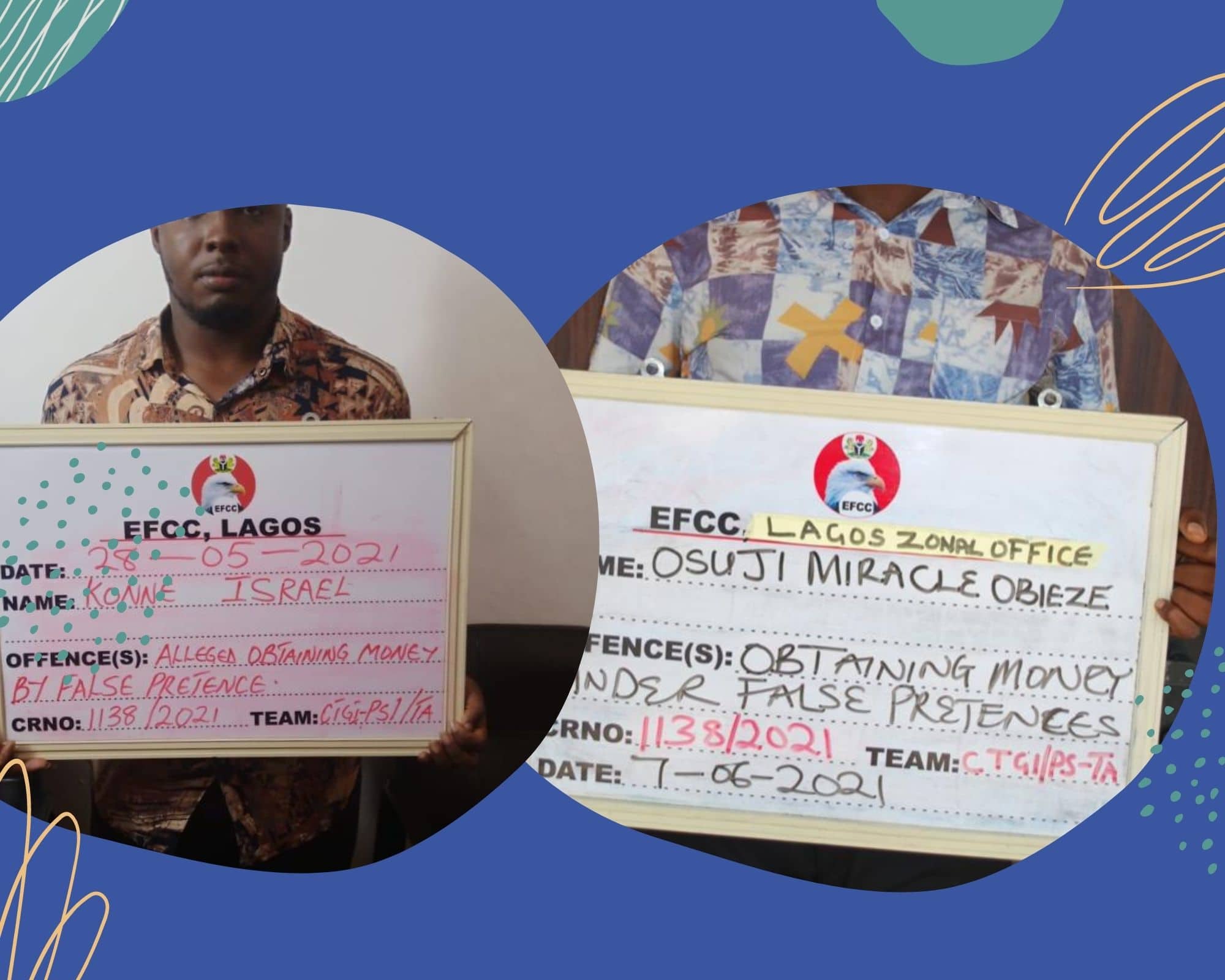 The third suspect, Worenwu, who is at large, also received the sum of N403, 585, 000. 00(Four Hundred and Three Million, Five Hundred and Eighty-five Thousand Naira) in his GTBank account.

The petitioner also alleged that the loans were to be repaid sometime in March, 2021.


However, all efforts by the petitioner to make the suspects repay the loans granted them proved abortive.

Investigations revealed that the suspects, who were arrested sometime in June 2021, diverted the money obtained from Luxury Gold for their personal use and also bought cars, jewelry and landed properties.

Also recovered from the suspects are landed properties purchased with alleged proceeds of crime.

According to an information obtained from the official website of the EFCC, he suspects will soon be charged to court.