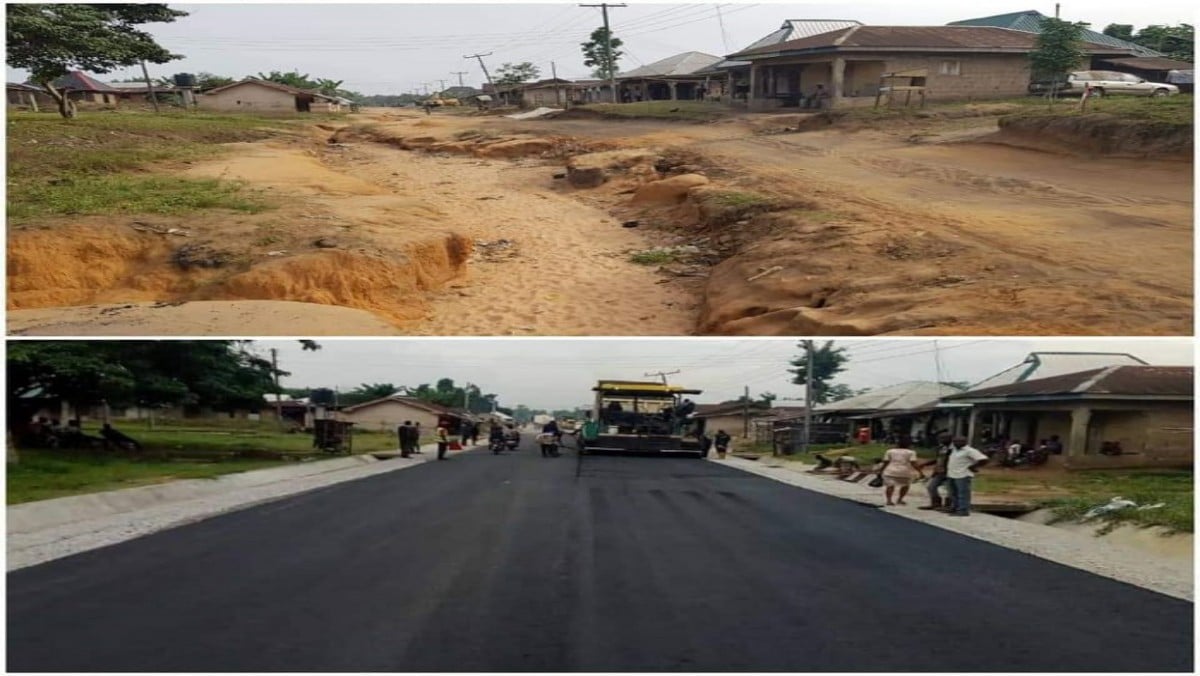 Before & After the construction of the 21.3km Odufor-Akpoku-Umuoye Road

This is according to press statement released by Paulinus Nsirim Commissioner for Information and Communications on June 14th, 2021.

For several decades, the people of Odufor-Akpoku-Umuoye in Etche Local Government Area were cut off from the rest of the State because their road was impassable.

All that is now history as Governor Nyesom Wike, has given the people of the area a new lease of life with the construction of a 21-kilometre road network with drainage at built up areas.

It will be commissioned tomorrow, Tuesday, June 15, 2021 to signal a new dawn for the people of the area.