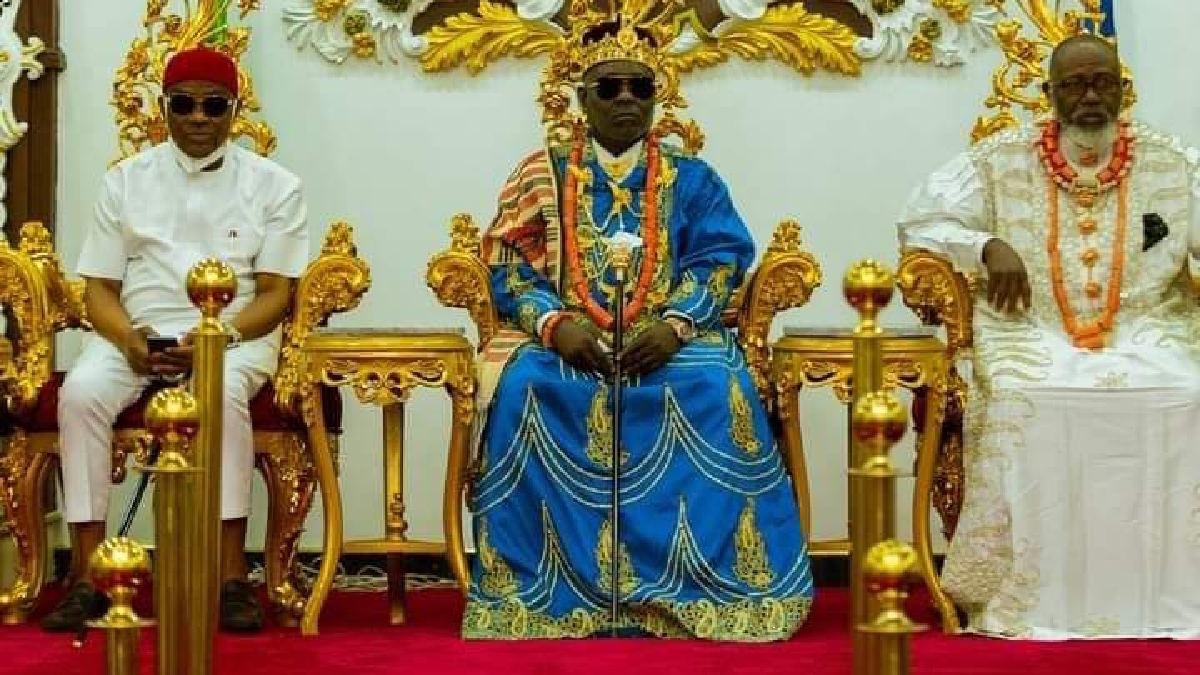 Governor Nyesom Ezenwo Wike has said the recognition of King Ateke Michael Tom, as the Amayanabo of ancient Okochiri kingdom by the Rivers State government, has brought peace, stability and security to Okochiri and entire Okrika council.

The governor, acknowledged that without the support of traditional rulers, it will be difficult for any government at whatever level to achieve peace.

See Also THOSE PLOTTING DOWNFALL OF MY GOVERNMENT WILL FAIL – WIKE

Governor Wike stated this after he was conferred with the traditional title, “Se Taribo 1st of Okochiri kingdom (A man who has love for his people),” at Okochiri in Okrika Local Government Area of Rivers State on Saturday.

His word: “The recognition of Ateke Tom by government as the Amayanabo of Okochiri has brought peace in this domain, and the people are happy with his leadership. And that is why today you can see that there is peace that reigns within the environment of Okochiri, and to greater extent, the entire Okrika Local Government.”

The governor, noted when a person is saddled with the responsibility of presiding over the affairs of the people, once his administration is predicated on justice, fairness and equity, it will yield peace and happiness for those governed.

Governor Wike, noted that the massive turn out of people from all walks of life to grace the fourth anniversary of the coronation of King Ateke Michael Tom as the Amayanabo of Okochiri and dedication of his new palace, is a demonstration of their appreciation of his leadership.

Governor Wike, who commended the king for being supportive of the government of Rivers State, promised to complete all on going infrastructural projects started by his administration in Okochiri and the entire Okrika council.

The governor urged the people of Okrika and the rest of the country to rally round, and collectively ensure that the All Progressives Congress is ousted from power in 2023.

“It’s only God that is holding us today. Things are very difficult day by day. The government at the national level has failed us, and therefore, it’s time for Nigerians to rally round to make sure we have a government that will take care of our people.”