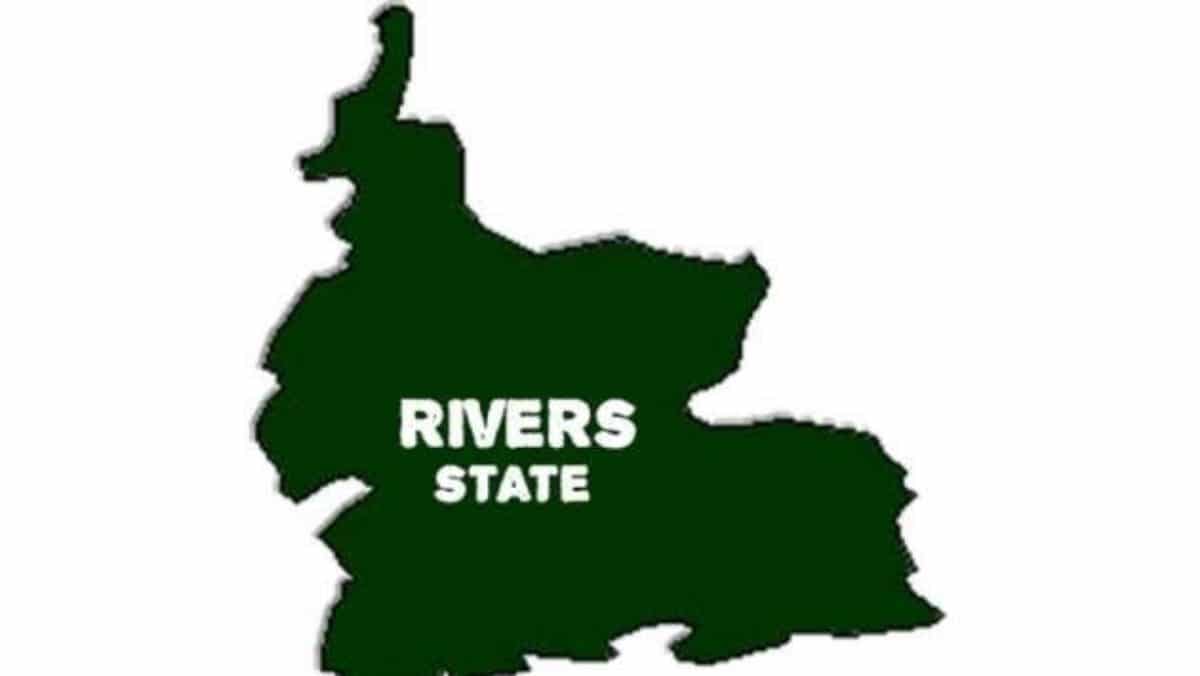 The Council of Chiefs of Nvakaohia-Rumuekpe Community, an oil producing community in Emohua Local Government Area of Rivers State is accusing a member of the Civil Society Organization in Rivers State Livingstone Nwechie of colluding with some members of the Community to undermine and truncate efforts of the Rivers State Government in ensuring that the oil multinational company operating in the area fulfills its Corporate Social Responsibility to the Community.

The Chairman of the Nvakaohia-Rumuekpe Council of Chiefs Dennis Orji (while reacting to a statement allegedly credited to him) accused Livingstone Wechie of using his name (the chairman’s name) and that of the Council of Chiefs without their consent to issue a malicious Petition against the Rivers State Commissioner for Chieftaincy and Community Affairs claiming that they were forced to sign a Memorandum of Understanding (MoU), with French oil giant Total E & P.

Recall that a story had been published on the internet claiming that the Chairman of the Nvakaohia-Rumuekpe Council of Chiefs Dennis Orji had petitioned the Rivers State commissioner for Chieftaincy and Community affairs. The statement claimed that the commissioner was accused (by Nvakaohia-Rumuekpe Council of Chiefs) of sabotaging governor Nyesom Wike’s peace effort around communities in Rivers State. And that the commissioner had forced the chiefs to sign an MOU with Total E & P. Click here to see the story.

The Chairman of the Nvakaohia-Rumuekpe Council of Chiefs Dennis Orji wishes to state clearly that the statement (published here) didn’t come from them.

Chief Orji described the said Petition as a dangerous misrepresentation and impersonation capable of plunging the area into another round of crisis which claimed many lives in the past.

The Chief went on to alleged that a former Chairman of the Community Development Community, CDC of Ovelle Nvakaohia-Rumuekpe Mr. London Adams and one Mr. Lawrence Rigumah who also signed the purported Petition against the Commissioner are working in connivance with Livingstone Wechie to hijack the funds meant for the Remediation of oil polluted sites in the community at the detriment of the people of the impacted community who are predominantly peasant Farmers and whose source of livelihoods have been devastated due to oil exploration and exploitation activities in the area.

He noted that the real intention of Mr. Livingstone Wechie and his co-travelers whom he described as “mischief-makers and political jobbers” is to continuously divert oil royalties accruable to the area as Host Community to Total E & P, shortchange and perpetually impoverished the people.

He called on security agencies and the Rivers State Government to investigate the activities of Livingstone Wechie and his cohorts to forestall a recurrence of violence in the community and foster a peaceful atmosphere needed for the smooth implementation of the MoU.

Chief Dennis Orji also urge the Rivers State Government and the public to disregard and discountenance the said Petition as it is the works of selfish and disgruntled elements.

He said “That the statement credited to me as published in the media on 17th June, 2021 is false and misleading. That the Hon. Commissioner for Chieftaincy and Community Affairs Sir Soni Sam Ejekwu did not coerce the people of Nvakaohia-Rumuekpe into signing a Memorandum of Understanding with Total E&P Nigeria Limited, as falsely alleged. That there was never a time the Chiefs, Elders, Stakeholders, Women, Youths and Community Development Committees (CDC) of Nvakaohia-Rumuekpe Community made up of Ovelle, Imogu and Ekwutche met to disapprove of the signing of the MoU. We freely and voluntarily negotiated the MoU and signed it peacefully without any compulsion. That Nvakaohia-Rumuekpe Community did not engage the services of a member of the Civil Society Organization in Rivers State Mr. Livingstone Wechie for Remediation Consultancy on behalf of the Communities.

“That whatever he is doing with the likes of Mr London Adams, Mr Henry Wonodi and their co-travellers does not have the blessings and approval of the Communities”. I therefore call for the investigation of the malicious Petition and bring to book the activities of Livingstone Wechie and his collaborators in the Communities who had been behind the crisis in Rumuekpe and are still plotting to bring us back to our inglorious past”.

The Chairman of the Nvakaohia-Rumuekpe Council of Chiefs Dennis Orji while expressing satisfaction with the historic signing of the MoU between the Community and Total E & P at the instance of the Rivers State Government called for speedy implementation of the agreement for the wellbeing of the people.

He said the MoU would place the Community on the threshold of recovery from past crisis in the community and bring about socio-economic development and prosperity to the community.

Chief Orji commended the Commissioner for Chieftaincy and Community Affairs Soni Sam Ejekwu who graciously acted on the instrumentality of the Governor Nyesom Wike to successfully achieve a workable MoU between the Nvakaohia-Rumuekpe Community with Total E & P.

According to the Chief “The people of Nvakaohia Rumuekpe Community wish to express profound gratitude and utmost appreciation to our Amiable Governor His Excellency Chief Barr. Nyesom Ezenwo Wike and the Hon. Commissioner for Chieftaincy and Community Affairs Sir Soni Sam Ejekwu for their kind intervention which brought all parties in the Community to work together for the first time in the past 4 years to achieve a successful MoU. We applaud His Excellency for his magnificent developmental strides in the state and the appointment of one of our sons in the person of Prof. Nlerum Okogbule as the VC of Rivers State University”.

In his own reaction, the Lawyer and Chief Negotiator of the Memorandum of Understanding between French Oil giant Total E & P and its Host Community in Emohua, Nvakaohia-Rumuekpe, Barr. Ohaletem Ezeugo Emmanuel has berated some renegades of the community for colluding with an external force, to make vitriolic, libelous and mischievous allegation against the Rivers State Commissioner for Chieftaincy and Community Affairs Mr. Soni Sam Ejekwu alleging that he coerced the Community into signing the MOU with the oil multinational company contrary to their will.

The Lawyer in his reaction described  Mr. Livingstone Nwechie as (in his words) “one who is guilty of perjury, a political jobber, a Scammer, a Propagandist and Blackmailer.

Barr. Ezeugo said the malicious intention of Livingstone Wechie and his cohorts was to discredit and malign the Commissioner as well as create disaffection between him and the Governor.

He wondered why some people he described as “selfish and disgruntled members of the Community” who willingly took part in all aspects of the negotiation and accepted the terms of the MOU would suddenly turn around to deny, purporting that they were coerced into signing the agreement.

The Chief Negotiator of the MOU between Total E & P and Nvakaohia-Rumuekpe Community in Emohua, Ohaletem Ezeugo also urged the Rivers State Governor and the public to disregard the claim by those he described as “few disgruntled members of the community who are pursuing their selfish interest with Livingstone Wechie”.

He apologized to the Commissioner for Chieftaincy and Community Affairs for the attempt to discredit his laudable efforts in achieving lasting peace between the oil multinational company and its Host Community, Nvakaohia-Rumuekpe.

As at the time of writting this report, Livingstone Nwechie was yet to respond to these allegations. Efforts made to reach him to respond proved abortive. Earthsound would be the first to get you his response whenever he responds.

“Efforts are on to arrest the Suspected killers of the CEO, Super TV, Usifo Ataga”- Police