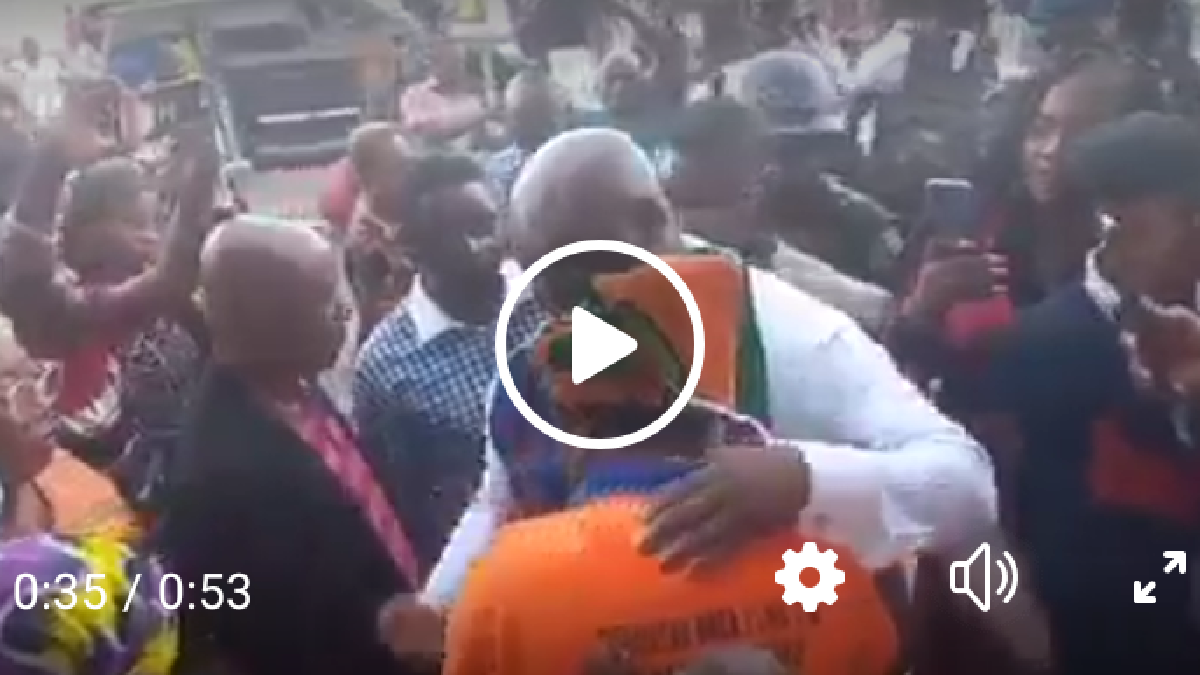 The family of Deborah Samuel, who was killed by enraged youths in Sokoto for blasphemy, arrived in Port Harcourt, their new home.

Recall that the man of God had promised to relocate the family of Late Deborah Samuel to Port Harcourt after the ugly incedent that took away the life of their daughter and sister.

He also promised to enroll the murdered student’s siblings in the church-owned school for free.

Deborah was lynched and burned to death on Thursday by some Muslim youths for allegedly blaspheming in a class WhatsApp group.

After the beautiful welcome of the family at the airport, the general Overseer of OPM Apostle Chibuzor Gift took the family to a location where he fulfilled all the promises he made to the family.

Firstly, Apostle Chinyere made them the landlords of a mini estate, 14 units of one-room self-contained apartments in ALUU Rivers, in addition to his earlier promise of giving them an apartment in OPM free Estate.

Secondly, giving their first son a foreign scholarship as well as local scholarships to the other 5 children.

Thirdly, a Toyota Corolla was also presented to the family, As well as opening a business for the mother of Late Deborah Samuel.

In a Facebook post by the pastor, the man of God confirmed that the documents to all the properties they received were all registered in the name of the family. He also confirmed that the gifts were all funded by the tithes and offerings of the members of OPM.

“In fulfillment of my earlier promise and in honour of the late Deborah Samuel, I on behalf of the Omega Power Ministry (OPM) relocated and donated a 14-flats-mini estate and a Corolla car, for Uber business, to her family in Port Harcourt.”

“The estate was registered in their name immediately.”

“In OPM we practice Christ’s love and show same in practical terms.”

“These are funded through the tithes and offerings of OPM members.”

“May God take all glory and honour.