Why I don't show my Kids' Faces" - Funke Akindele
Advertisement 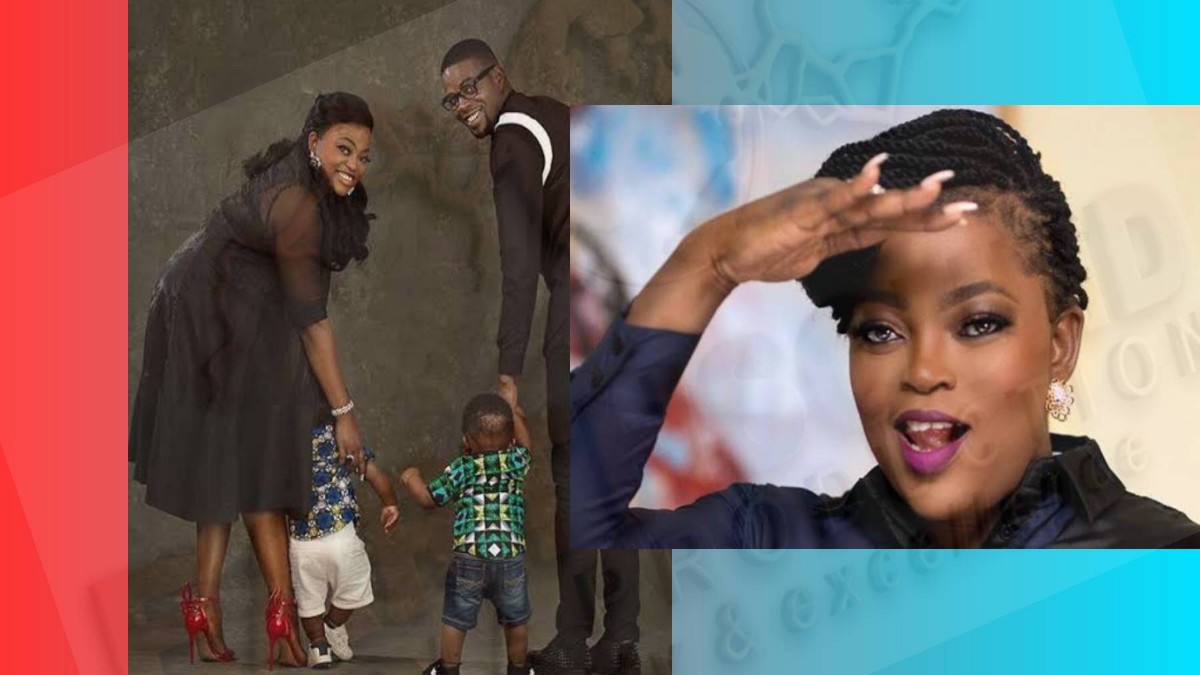 Funke Akindele, a Nollywood actress, has revealed why she has refused to show the faces of her children.

She revealed this in an interview with Jide Okonjo.

The actress stated that she and her husband are already well-known in the media, and it is only right that she protects the children from the attention that fame brings.

Akindele also stated that she is already open about every other aspect of her life, but that she will want to shield the children from public scrutiny.

Who is Funke Akindele?

Akindele-Bello Olufunke Ayotunde, also known as Funke Akindele or Jenifa, is a Nigerian film actress and producer. She was born on August 24, 1977.

From 1998 to 2002, Akindele starred in the sitcom I Need to Know, and in 2009, she won the Africa Movie Academy Award for Best Actress in a Leading Role.

She rose to prominence for her role in the film Jenifa, which earned her the nickname Jenifa.

Her popularity grew as a result of the Omo Ghetto trilogy. Funke Akindele was nominated for Best Actress in a Comedy at the 2016 Africa Magic Viewers Choice Awards for her role as Jenifa in the show Jenifa’s Diary.

Which state is Funke Akindele from?

Funke Akindele was born on August 24, 1977, in Ikorodu, Lagos State. It is unclear whether she is from Lagos State, as some sources claim she is from Ondo State.

Lagos State is the most populous state in the country. Manufacturing and trade are actively developing here. A lot of people come to Lagos State from all over Nigeria in search of work, good job opportunities, and a bright future. You must visit the state of Lagos at least once in your life.

She is the second of three siblings (two girls and one boy). Her mother is a physician, and her father is a retired school principal.

At what age did Funke Akindele get married?

In August 2017, her pregnancy rumors were among the top Google search results.

Funke Akindele, who has several stepchildren, gave birth to twin boys in December 2018.

So to answer he question directly; “At what age did Funke Akindele get married?” She got Married at the age of 35years. Recall that she was born in 1977 and got married first in 2012.

Funke Akindele is a proud mother of twin boys.

She gave birth to the children in December 2018 in Los Angeles, California, at the age of 44.

The actress was rumored to have given birth to twins in London in August 2017, but they were lost. According to rumors, she conceived the children through IVF and they died shortly after birth. She later denied the rumors, and fortunately, she gave birth to twins the following year, with both mother and newborns doing well.

Funke Akindele is a stepmother to the three children her husband JJC Skillz fathered with other women, in addition to her twins.

Funke Akindele is one of Nigeria’s wealthiest actresses. The talented actress and movie producer is worth $7.6 million, and she has several endorsement deals, including being an Ambassador for Irokotv.

Keystone Bank hired her as a brand ambassador in 2018. In November 2019, she signed an endorsement deal with Waw Nigeria, a detergent and bar soap manufacturer.

Funke Akindele took to Instagram on April 16th, 2021, to share the good news with his fans, This Lexus 570 sport utility vehicle (SUV) is the SuperSport variant. It has upgraded plush interiors and exterior designs that set it apart from the base SUV.

According to carmart, the award winning actress also owns

A Toyota Prado SUV as well as

The following awards have been won by the movie star since 2009;

Funke graduated from the University of Lagos with a degree in law and a diploma in mass communication from Moshood Abiola Polytechnic (formerly Ogun State Polytechnic) in Abeokuta, Ogun State.

However, even before she graduated, the world of entertainment began to call her. Funke did not even apply to law school after graduating because she knew what she wanted to do after graduation, and it was not to practice law.

Aside from being one of Nigeria’s most prominent cross-over actresses, she is also one of those who brilliantly combines producing and acting.

So to answer the question directly, “Did Funke Akindele attend Law school? No, she didn’t. That’s what we know for now, until new information emerges.

Is Funke Akindele still married to her husband?

Funke Akindele married Oloyede, a Lagos-based businessman, in 2012, but the marriage lasted only 413 days due to abuse allegations.

In an interview with E-47, Funke admitted that she only enjoyed the first two months and claimed that she was abused on several occasions as the union failed.

“I stooped to conquer him; buried my fame and name to make him my husband, but it did not work. At a point in time, I asked if it’s not the same man that was all over me before we married. He nearly got me off my career.

“He called me severally; I did not pick his calls but when he realized my silence was tormenting him, he took to Facebook. It’s alright. Ask him when did he come to my house last? He left me here in my rented apartment with nothing and he will just dash in and dash out.

Speaking about how she received the news, In an interview with popular media personality Chude Jideonwo, Funke Akindele openly stated that the only reason she wanted to share that part of her life was to encourage ladies who are in a hurry to marry.

She also urged those who are under pressure to marry to calm down and take their time, saying that if they rush in, they will be forced to rush out.

“The marriage ended in a bad way. I was filming when someone called and told me. I wanted to die. I cried and lost a lot of deals.”

I survived that period by channelling my pain into work. I was collecting every script from the East and acting.

“I rushed into the marriage out of pressure and it didn’t end well,” she said.

Funke further advised women never to be pressured into getting married or having children as it will not end well.

However, Funke Akindele, on the other hand, found love again in 2016 when she married music star Abdulrasheed Bello, also known as JJC Skillz.

“have u ever paid for house rent in your entire life?”; Annie Idibia Responds her Brother