Shocking!!! See what Pastor Fatoyinbo of COZA said About Igbo Christians and How people have reacted.
Advertisement 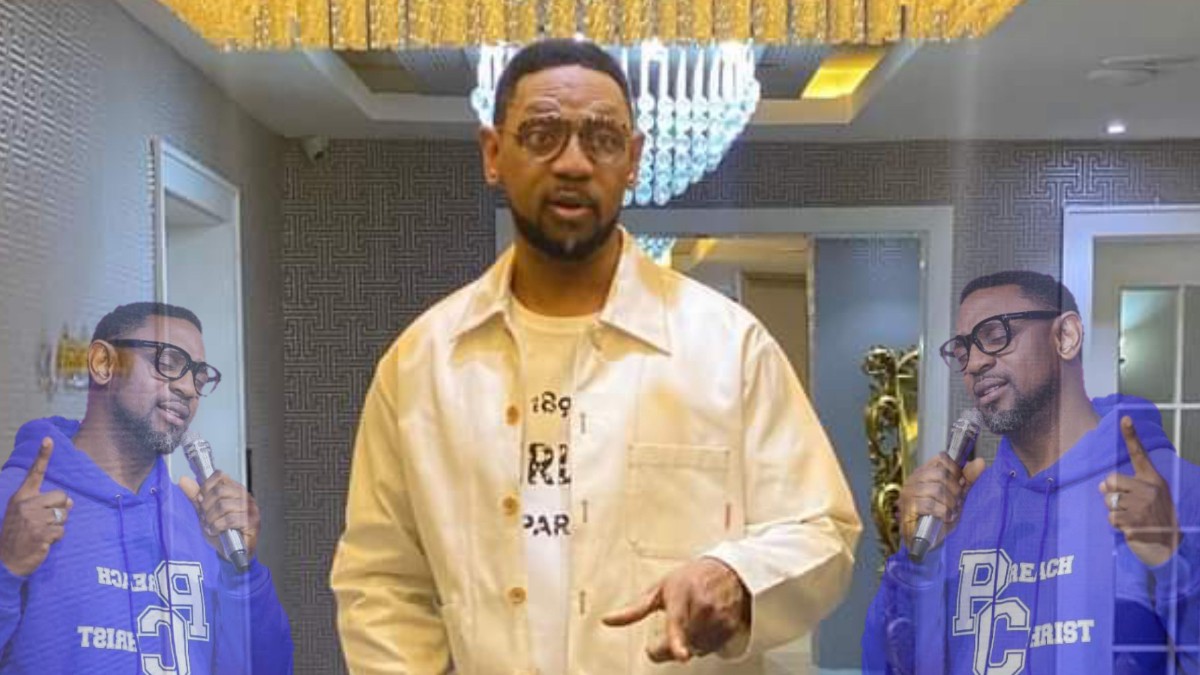 According to DailyPost, Pastor Biodun Fatoyinbo, Senior Pastor of Commonwealth of Zion Assembly, popularly known as COZA, stated that the Igbo people are extremely stingy when it comes to donating to churches and God’s work.

Fatoyinbo was said to have revealed this during a sermon at his church in Abuja on Sunday.

See Also “When are you getting married?”; 10 Hilarious stories of what ladies have to say about being asked this question.

According to the cleric, despite their large equipment, it takes God for them to donate in church.

Fatoyinbo said, “The Igbo believe in God. It takes God for an Igbo guy to give. They have a large heart but -they believe you shouldn’t work their mind.

“Igbos are 90 percent Christians but no megachurch. You need to tear backgrounds to enter some testimonies. No Church with a Yoruba pastor takes more Igbo songs than COZA. Hustle is a curse! Are you a hustler?

“Some people find it hard to give because they hustled to get that money. In the name of Jesus, the hustle has ceased in your life”.

How People reacted to What Pastor Fatoyinbo

Reactions and trailed Pastor Biodun Fatoyinbo of COZA’s frivolous allegation about Igbos. The divisive Cleric claimed that Igbos were stingy and rarely gave to ‘things of God.’

In what appeared like a long epistle to the “Man of God” a Facebook user identified as David Ani wrote.

“Dear pastor Biodun Fatoyinbo I guess you were sufficiently distracted by numerous scandals to know that one single Igbo individual put roof on the entire redemption camp auditorium….this is just an instance of how selfless Igbos can be in anywhere they are found.“

“Again, you are not doing Rev. Uma Ukpai favor by inviting him to your podium, while you are possibly yet to give your life to Christ, Rev Uma have been invited as guest preacher of the White House….so, when you said, you are going to do him his greatest honour of his life, you are going to send a private jet to pick him, what exactly the heck is that information meant to be?“

“On few shoulders laid the formation of PFN (Pentecostal fellowship on Nigeria) Rev Uma was one of that very few shoulders.“

“I am sure bragging about doing him greatest honour of his life only serve bigotry and carnal purpose?”

“I heard one of your favorite past time is to stand at your alter to throw jabs at Igbos.“

“This is ridiculous, this unacceptable, this unbecoming of anyone standing on any podium.“

“What in heaven’s name is mega church that you are measuring pr**k with Igbos…..last week, I stated that religious construction in the east, sometimes done by individuals will be the highest in the whole world, if you think that those construction done by orthodox churches are not being built for God, then, it’s the reverse BIGOTRY I have been shouting against my own people.“

“Jerry Eze in a shorter time have made more national and global impact than your ministry with zero scandal that is a reproach to the gospel, his slogan alone “what God cannot do does not exist” was and is still a national anthem…..do more on this regard for a scandaless impact without preoccupying yourself with Igbos and if they have a mega church.“

“We are not wired to such small thinking…this is reason why any church we found ourselves, Catholic, Anglican, Pentecostal, Adventists, anywhere….we work there with all our hearts without any tribal consideration.“

“We demand unreserved apology for your reckless talk.”other

Another Facebook user identified simply as Ras Dan also shared his thoughts on the matter. He wrote

“Be careful who you listen to in 2022. Don’t let Mr. Robust Response spoil it for you. Give unto God without compulsion; don’t succumb to manipulation and ethnic profiling by men in suit.”

“Fatoyinbo is probably not aware that it is mainly in Igboland that individuals singlehandedly build mega church buildings for their denominations.” – Ibe Nnoke

“If Biodun Fatoyinbo of COZA actually said that, then he does not understand the Igbos. The biggest mega church in Nigeria actually dominates the South East.”

“The Roman Catholic Church which membership is more than 60% Igbo is by far the richest church in Nigeria and it is being sustained by Igbo wealth. Many of their parishes can compete financially with average mega churches in Nigeria.

“For example, consider St. Dominic’s Parish, Yaba Lagos whose membership is largely and majorly Igbo. Fatoyinbo is probably not aware that it is mainly in Igboland that individuals singlehandedly build mega church buildings for their denominations. Fatoyinbo might not understand because his members make direct donations to him while Igbos would rather donate to their churches.“

“When are you getting married?”; 10 Hilarious stories of what ladies have to say about being asked this question.