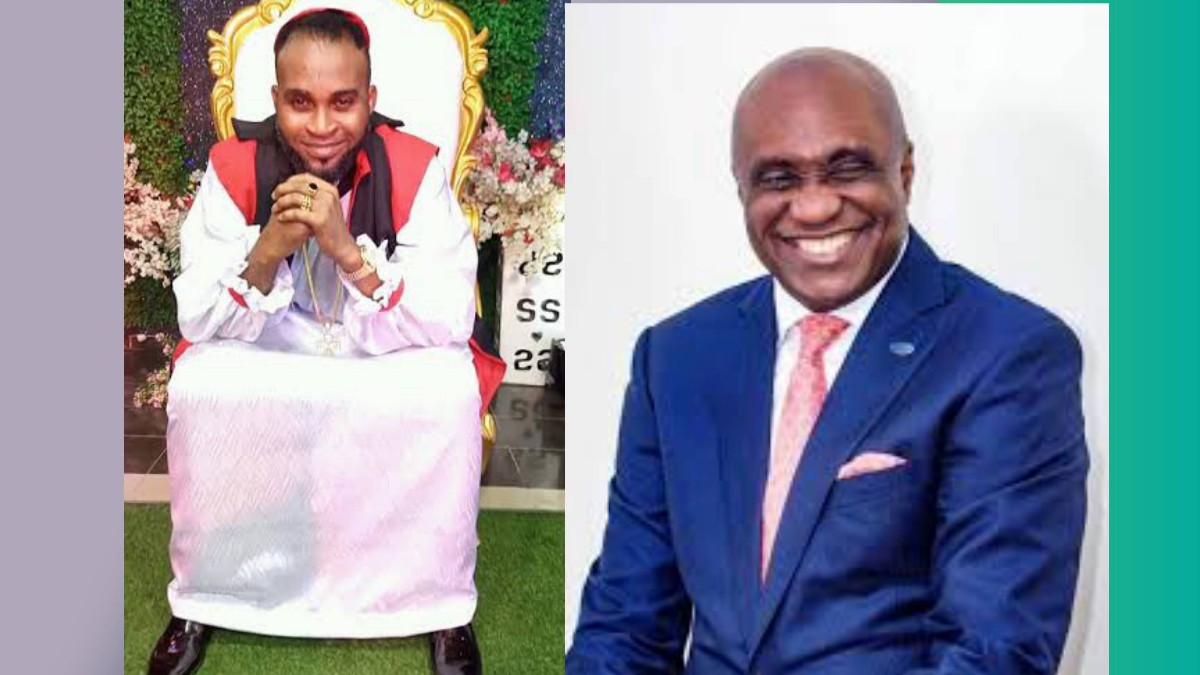 During a recent sermon in his church, the Port Harcourt-based cleric cursed internet fraudsters, also known as “Yahoo boys,” saying they would have an accident in the cars they bought with the money they made from defrauding people.

In response, Apostle Kassy, in a video now circulating online, chastises the founder of Salvation Ministries for casting a curse on the young boys.

None of Pastor David’s curses on internet fraudsters, according to Apostle Kassy, would work. He stated that everything is peaceful and that no cult clashes have been reported because the boys are in charge.

“Wetin concern you concern Yahoo people? Are they the problem of Nigeria? He should stop talking like that. That prayer will not work! You cannot curse Yahoo boys. At all! E dey forbid to curse politicians. Why e nor go curse politicians? Because na them dey him church. Na them dey buy the private jets for them. Na them dey buy the big big motor for them. All the big big motor he is driving, who is buying it for him?” He said in part.

Recall that the Salvation Ministry Pastor had during the just concluded Glory Reign Program in his church condemned the actions of internet fraudsters popularly known as Yahoo boys in Nigeria.

Pastor David Ibiyeomie laid a curse on all Yahoo boys who refuses to repent. He also laid curses on police men who allegedly take bribes from suspected Yahoo boys in order to release them without being prosecuted for their crimes.

Related Topics:David IbiyeomieKassy Chukwu
Up Next

Lamboginny ; “From Mud House 2 Modern House”- The Story of an Amazing Rapper.