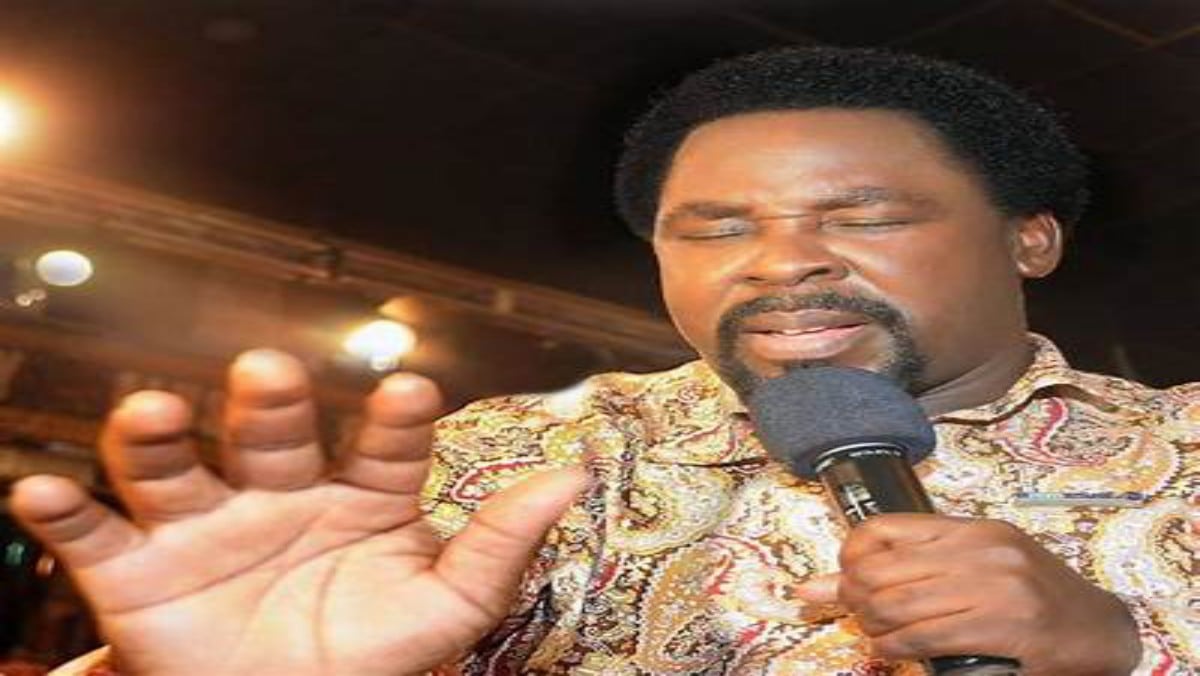 popular Nigerian evangelical preacher, TB Joshua, has called on his followers to “pray for YouTube” after the platform blocked his channel over allegations of hate speech against LGBT people.

The founder of The Synagogue Church of All Nations, a Christian megachurch in Lagos, is one of Africa’s most influential preachers with a large following on TV and social media.

“I want you to help me pray for YouTube,” said Temitope Balogun Joshua, known as TB Joshua, in his Sunday service shared on Facebook.

The UK-based website OpenDemocracy said it was behind the closure.

“In response to our enquiries about TB Joshua’s controversial exorcisms, YouTube terminated his channel,” it said on its website.

In one of his YouTube videos, watched more than 1.5 million times, a woman is seen being hit violently to “cure” her of her sexuality.

The pastor said he had appealed YouTube’s decision.

“We strongly oppose all forms of hate speech!” he wrote on Facebook. “We have had a long and fruitful relationship with YouTube and believe this decision was made in haste.”

The moves were criticised online in Nigeria where the evangelical community is powerful and churches have tens of thousands of followers.

In 2014, a new law set prison terms of up to 14 years for those found guilty of “homosexual acts”, and while it has never been used, homosexuality is widely condemned in Africa’s most populous country.

TB Joshua, often called “the man of God” or “the Prophet” known for his “miracles” and “resurrections”, has an estimated fortune of several million dollars, according to Forbes.

Following the suspension, the pastor opened a new YouTube page that already had 27,000 subscribers after 24 hours.