See what this Delegate Did with his dollars
Advertisement 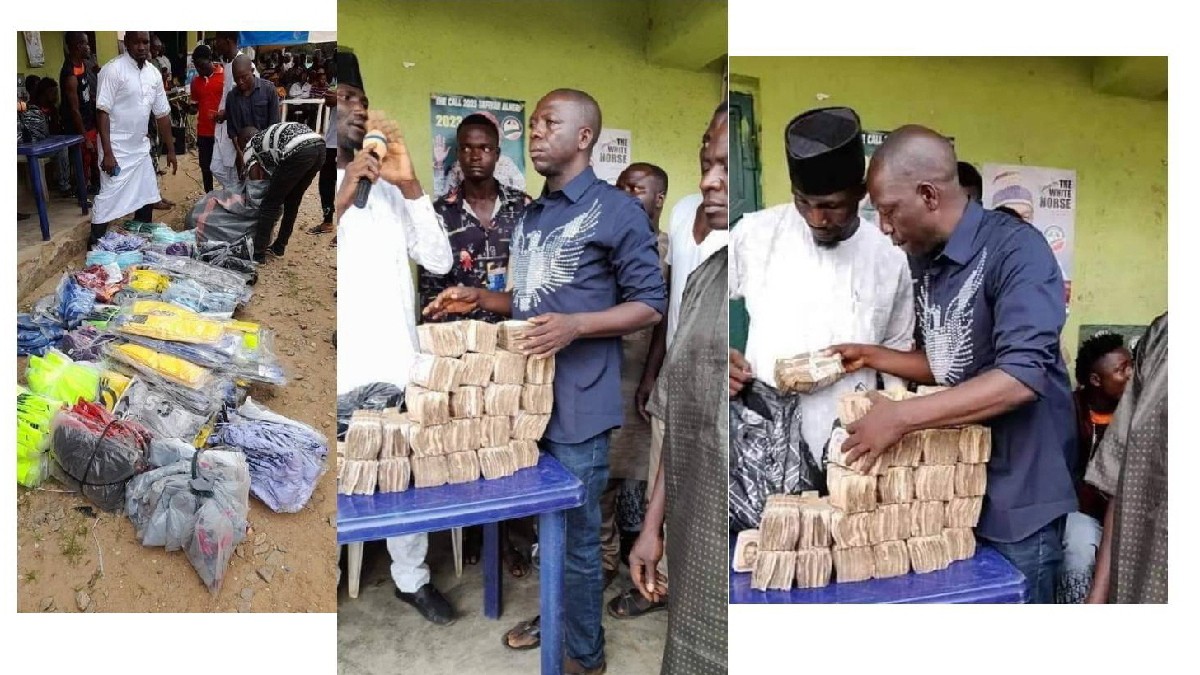 Peoples Gazette reported that Tanko, of Sanga Local Government Area, was donating the money to his people because he felt they needed it the most.

Sabo, who was one of nearly 800 delegates from across the country, stated that aspirants were generous with their cash giveaways, and that he was able to return to his constituency with so much money because he was disciplined and austere with his spending during the convention.

He recounted how aspirants relentlessly courted him, with some offering him hotel accommodation at excessive rates.

“I donated about N13 million to fund education for about 150 orphans, cover hospital bills for some elderly people and other donations. I am happy to help my people from the fruit of what I gathered at the convention in Abuja.”

“Immediately I got to Abuja some of the aspirants started calling me and some of them gave me N400,000 or N500,000 to go and lodge in any hotel of my choice. But I slept in my car instead of looking for a luxurious place to sleep.”

“I prefer to eat noodles and pepper soup than to dine at the Hilton for more than N20,000 per plate,” Sabo said, adding that his supporters have lauded his prudent nature.

He said on return from the national convention, he did the following:

“I paid 46,000 naira each to 150 orphans/less privileged ones which amount to the tune of 6.9m plus 100,000 thousand for logistics to the five man committee that will go to their various schools and pay the waec/neco fee which amount to 7m.”

“I bought 42 customized jersey which includes goal keepers wear, sox and coach track suit at the tune of 3.284,150m”

“We later discovered Dogon Daji, Gani, samba boys of Bokana were not among the beneficiaries, so we gave them up to monday to make it available to them.”