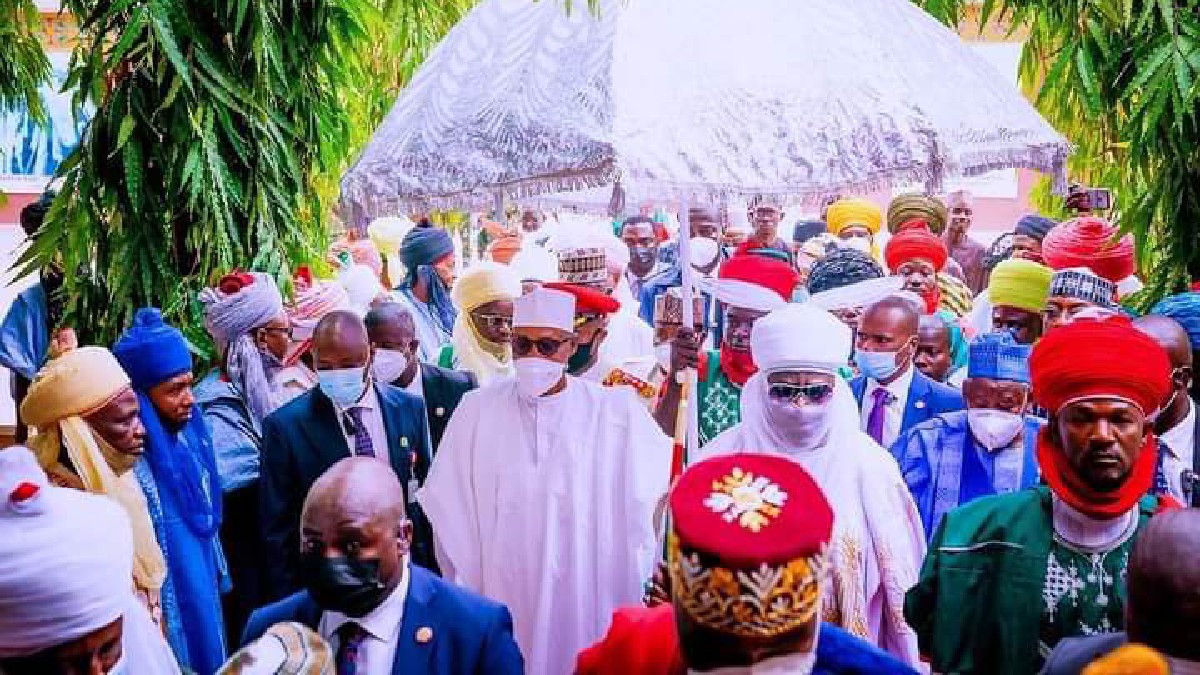 President Muhammadu Buhari on Monday met the families of victims of the explosion in Kano to express his condolences and that of the nation, describing the incident as sad and unfortunate.

The family members, accompanied by various community leaders resident in Sabon Gari Kano, including Chief Nicholas Ibekwe, the Eze Igbo, were assembled at the Palace of the Emir, His Royal Highness Alhaji Aminu Ado Bayero for the meeting with the President.

President Buhari who was a short visit to officiate at the Nigerian Air Force Day and 58th Anniversary Celebration, veered off the official program to start with a condolence visit to the Palace.

In a brief address, the President said he was “extremely pained by the loss of lives and injury to many due to the explosion,”

“my thoughts and that of the nation are with the bereaved families. I hope the injured will recover fully at the earliest possible time.”

As per the official reports, nine people lost their lives and 22 were injured and receiving treatment.

President Buhari drew parallels between Kano and his native Daura and described the palace of the Emir as his own home.

He commended the traditional institution and the people of Kano for standing with him at all times.The Emir thanked the President for the condolences and commended him for providing a fair and just leadership.

He conveyed Kano community’s appreciation for the numerous things the federal government is doing in the state and prayed for the emergence of good leaders in the coming elections.

Governor Abdullahi Umar Ganduje announced cash support in various sums for the families of the deceased, the injured and others whose property were partly damaged or destroyed.