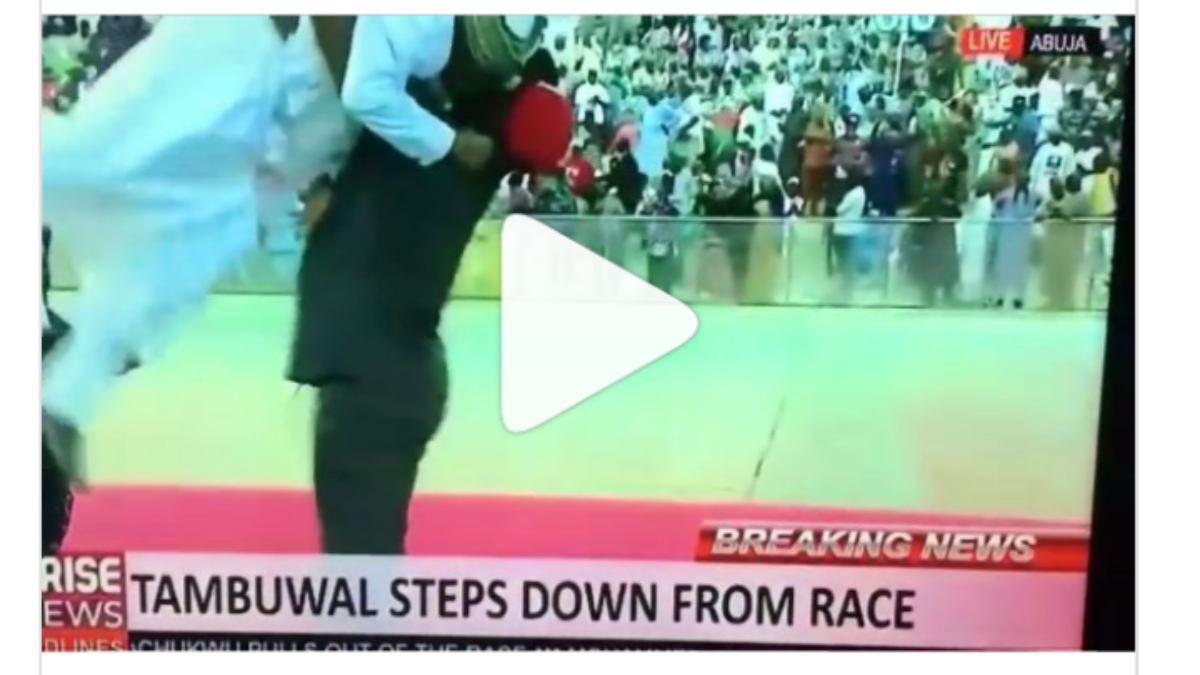 Tambuwal made the announcement during the ongoing National Convention at MKO Abiola Stadium in Abuja.

He urged all of his supporters and delegates to cast their ballots for Atiku.

As he approached his seat, an ecstatic Melaye ran up to him and joyfully lifted him off the ground.

Melaye also saluted Tambuwal and exchanged handshakes with him.