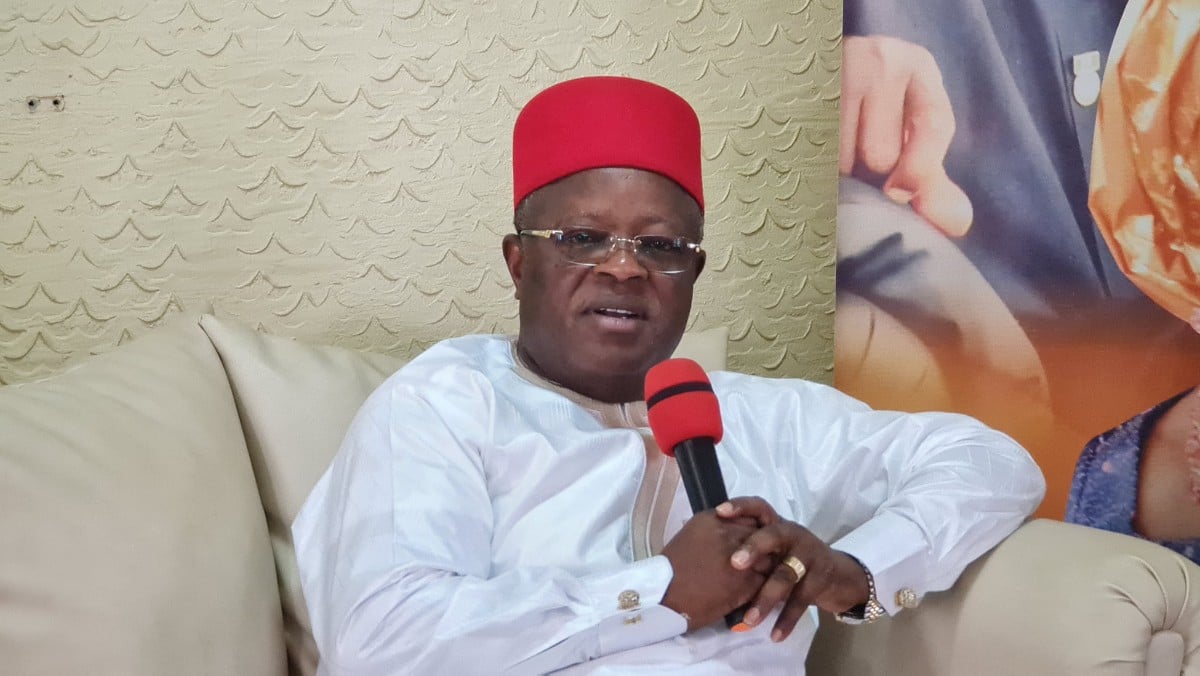 Governor David Umahi of Ebonyi State has reversed his order that traders who fail to open for business on Monday will forfeit their shops.

Umahi during his statewide broadcast on May 29, had issued the forfeiture order to scuttle the Indigenous Peoples of Biafra sit-at-home agenda.

IPOB had issued its sit-at-home order in the South-East with a threat to deal with those that might violate it which prompted Umahi to counter with his forfeiture notice on traders who might close shops on Monday.

The governor’s reversal is, however, contained in a statement signed on Sunday by his Special Assistant on Media and Publicity, Mr Francis Nwaze, and made available to NAN.

Umahi, in the statement, disclosed that the state government had received several requests from some citizens who wished to remain at home on that day to organise personal prayers.

“The prayer requests are to honour their loved ones killed during the Nigeria – Biafra civil war and most of those who made these requests are traders.

The governor in the statement, therefore, directed that those who wished to remain at home on Monday would no longer be penalised or have their shops locked.

“It is their constitutional right while the rights of those who wish to open for business should also not be infringed upon.

“Security agencies are directed to do everything possible to maintain law and order in the entire state.

“The ban on processions or gatherings of any kind throughout the state is still in force,” the statement added.