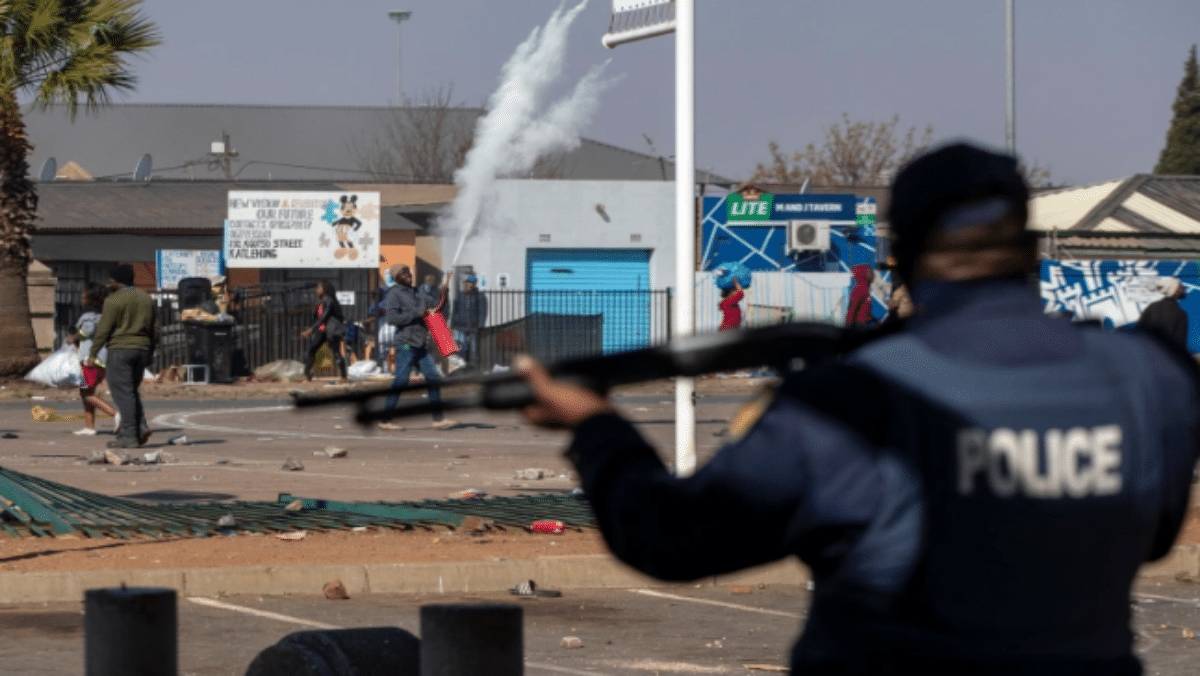 South Africa has been shaken by savagery and plundering for five Consecutive days, with in excess of 70 individuals killed as complaints over the imprisoning of previous President Jacob Zuma spiraled into the most noticeably awful turmoil in many years.

Following the imprisoning of the former President, fights and mass looting have enlarged into an overflowing of displeasure regarding the disparity that stays 27 years after the finish of politically-sanctioned racial segregation usually called apartheid.

See also Coronavirus in Africa; “The Worst is Yet to Come” -WHO

Poverty has been exacerbated by severe social and economic restrictions aimed at curbing the spread of COVID-19.

More than 1,200 people have been arrested in the lawlessness that has raged in poor areas of two provinces, where a community radio station was ransacked and forced off the air on Tuesday and some COVID-19 vaccination centres were closed, disrupting urgently needed inoculations.

Many of the deaths in Gauteng and KwaZulu-Natal provinces occurred in chaotic stampedes as thousands of people stole food, electric appliances, liquor and clothing from stores, police said.

The deployment of 2,500 soldiers to support the overwhelmed South African police has so far failed to stop the rampant looting.

The national prosecuting authority has said it will punish those caught looting or destroying property, a threat that so far has done little to deter them.

South Africa’s largest refinery SAPREF in the eastern port city of Durban has been temporarily shut down as the country struggles with mass looting and the worst violence in years, according to an industry official.

SAPREF has a nameplate capacity of 180,000 barrels per day and accounts for about 35 percent of the refining capacity in Africa’s most industrialised economy, a net importer of petroleum products.

Coronavirus in Africa; “The Worst is Yet to Come” -WHO