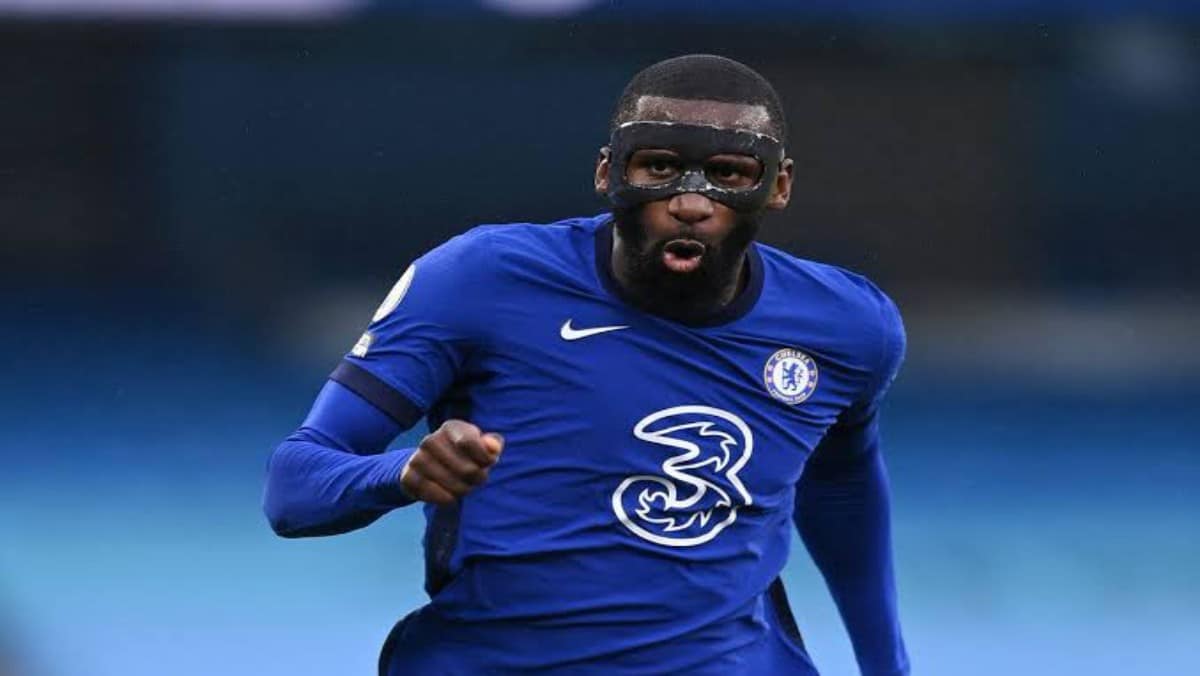 Chelsea could be forced to sell Antonio Rudiger this summer despite the German defender’s role as a key cog in the machine under Thomas Tuchel, according to reports. The former Stuttgart and Roma man played the entire 90 minutes on Saturday evening as the Blues clinched their second Champions League title with a hard-fought victory over Manchester City in Porto.

The 28-year-old was one of the standout players for Tuchel’s side, keeping things tight at the back with a truly world-class defensive performance.

He spectacularly denied Phil Foden a golden opportunity to open the scoring with a last-ditch block, ultimately giving Chelsea the platform to go on and win the match via Kai Havertz’s first-half strike.

Rudiger’s important contribution reflected the pivotal role he has enjoyed since Tuchel’s arrival in January, despite struggling for minutes during the first half of the campaign with Frank Lampard at the helm.

The latter was reluctant to call on the defender, who started just one Premier League match before Christmas, after deeming him surplus to requirements at Stamford Bridge.

His contract situation has been apparent for some time, with the Chelsea man only tied down until the end of next season, but Lampard failed to strike a deal over an extension during his time in charge.

The former England midfielder’s judgement of Rudiger has given the Blues a transfer headache over whether to cash in on the player this summer or risk losing him for nothing in a year’s time.

A number of ‘great clubs’ are circling the Germany international ahead of next season, according to AS, with Lampard’s reluctance to offer him a new deal leaving Chelsea with a tricky situation to resolve.

The report claims that club director Marina Granovskaia was preparing to offer Rudiger a new deal in October, but her plans were thwarted by the former Blues boss, who did not see the move as necessary.

However, with the defender having since established himself as a crucial member of Tuchel’s side, the club’s desire to negotiate an extension is said to have escalated as a matter of priority.

It remains to be seen whether or not Rudiger will move on this summer, with the Berlin native likely to have no shortage of admirers if he decides to seek a new challenge.

Tottenham and Paris Saint-Germain were just two of the clubs interested in his services last time around, but his recent performances for Chelsea will have seen his stock rise considerably.

Meanwhile, former Spurs forward Garth Crooks recently waxed lyrical over Rudiger, slamming Lampard’s inability to get the best out of the defender before seeing his management skills shown up by Tuchel upon the German manager’s arrival.

“I have often said, the no-nonsense German international is the best defender in the club and his performances this season have proved it,” said Crooks, writing for his BBC Sport column.

“I have often said, the no-nonsense German international is the best defender in the club and his performances this season have proved it,” said Crooks, writing for his BBC Sport column.

“Step up fight against violent extremism”.UN Chief to African Countries