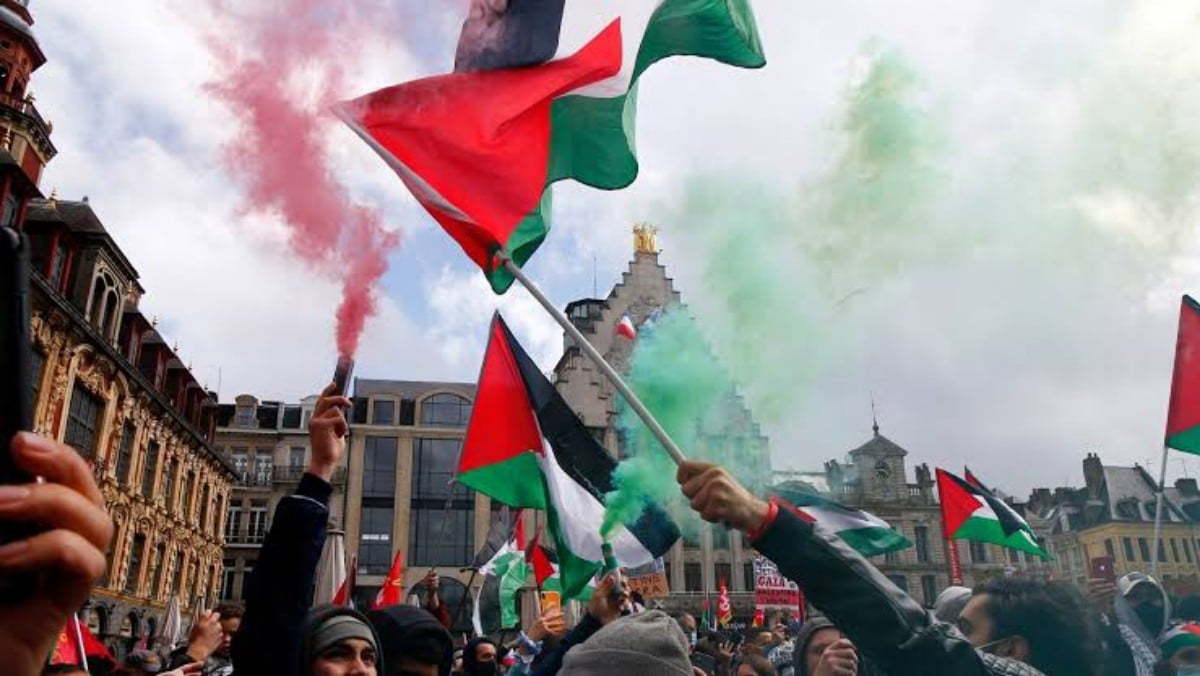 Paris police used tear gas and water cannon Saturday to disperse a pro-Palestinian rally held despite a ban by authorities, who feared a flare-up of anti-Semitic violence during the worst fighting between Israel and Hamas in years.

Between 2,500 and 3,500 people converged on the heavily immigrant Barbes neighbourhood in the north of the capital, according to interior ministry figures, amid a massive security presence involving some 4,200 officers.

Police blocked off wide boulevards as well as narrow streets where some of the protesters were forced to retreat, while knots of residents and passers-by watched or recorded the scene with their phones.

Some threw stones or tried to set up roadblocks with construction barriers, but for the most part police pursued groups across the district while preventing any march toward the Place de la Bastille as planned.

“You want to prohibit me from showing solidarity with my people, even as my village is being bombed?” Mohammed, 23 and wearing a “Free Palestine” t-shirt, told AFP.

As a cold rainstorm settled over the city toward evening, many protesters left, leaving a large group of mostly young men facing off against ranks of officers who held their ground on a stretch of boulevard.

A handful of garbage bins were set on fire and rocks and other projectiles were hurled toward police, but no arrests were reported.