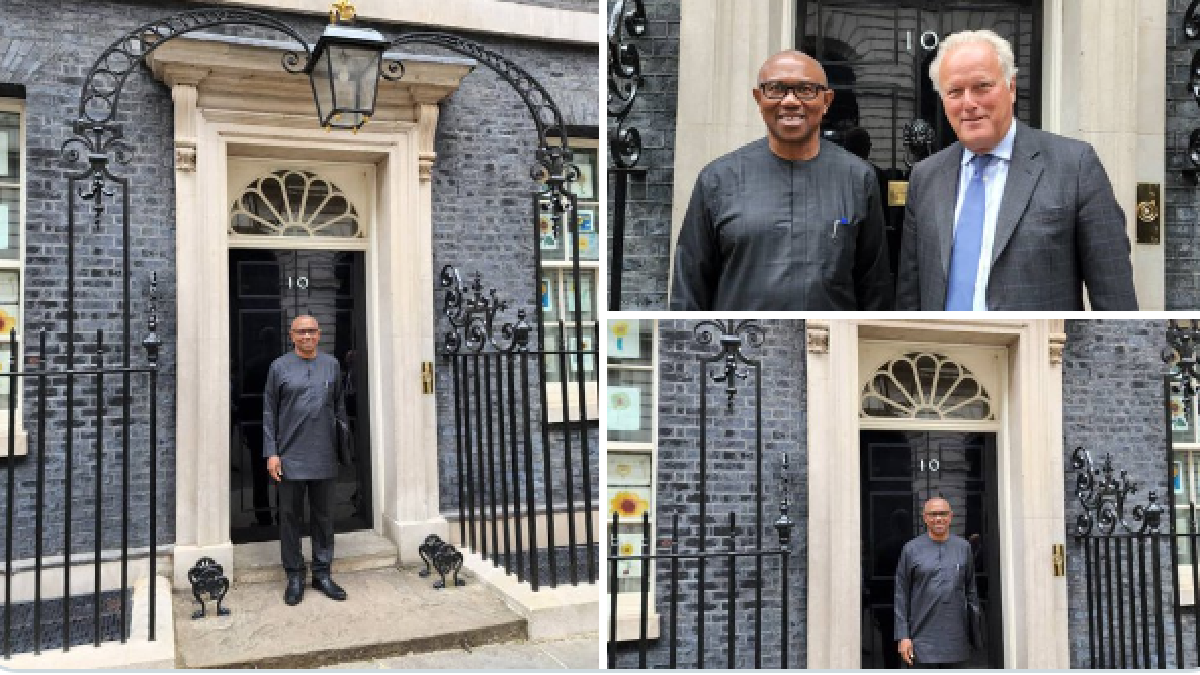 As Peter Obi continues to trend on the social media space, On Monday, the former Anambra state governor and Presidential aspirant arrived at 10 Downing Street, the office and official residence of the Prime Minister of the United Kingdom, for a meeting.

Mr. Obi tweeted that he met Lord Marland of Odstock, a member of the UK House of Lords. The couple posed for photos in front of the structure.

“I just arrived at No. 10 Downing Street, London, for a meeting. Ran into Lord Marland of Odstock—full of warmth as usual,” he said.

On his way to the United Kingdom, Obi met former President Olusegun Obasanjo at Lagos’ Murtala Muhammed International Airport on Sunday night.The two met and had a private conversation.