Obicobana; 2 things Kanayo O. Kanayo Said to the Youths Will Shock You.
Advertisement 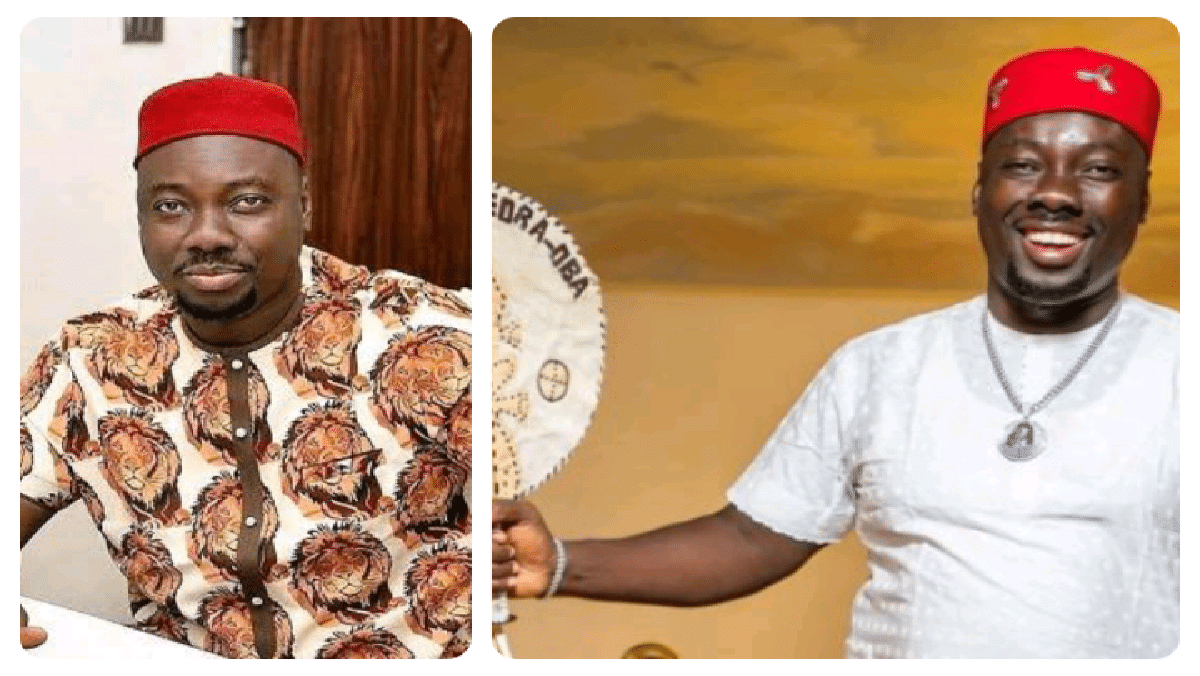 Whether you call him Obicobana, or Obicubana, the name would always ring a bell. Today is Sunday, 18th July, 2021 and the Name Obi Cubana is still trending on the social media space in Nigeria.

There was a luxurious showcase of wealth in Oba, Anambra State, on Friday 16th July, 2021, when the superstar bar man, Obi Cubana, buried his late mom in fabulous style.

Famous people, finance managers and lawmakers turned out in enormous numbers for the memorial service. This was even as gigantic measures of money were ‘showered’ at the occasion, notwithstanding a few presents he had got before the occasion, including cows, staple and beverages.

What Kanayo Said in respect to Obicobana

The Mbaise born actor is became famous after taking some controversial roles in Nigerian movies. He was thrown into the lame light after acting as a ritualist in a movie titled Blood money.

Kanayo is currently a United Nations ambassador and bears the title of MFR.

Kanayo was among various Nigerians honored by the government in 2014 during the centenary celebration being one the Famous entertainers at the event took to social media to express his feeling about the event.

The actor, in a viral video, was seen with bundles of cash as he sprayed money at the much talked about burial. Alongside fellow Nigerian Actor Alex, Kanayo O. Kanayo displayed a large bundle in cash in his hotel room in Asaba. However, no one would be able to say for sure if he spared the entire cash at the event or he took some of the cash back.

However, his videos have since been criticised by Nigerians online who asked the Economic and Financial Crimes Commission (EFCC) to take note as they questioned the source of his income and others present at the burial.

Some even described the spraying of Naira notes as a bad choice, adding that the money could be given to the poor.

People including a Nigerian pastor have heavily criticized the show of cash at the event. In a video that trended online, A popular Nigeria Pastor was seen talking down on the display of cash during the Oba burial. According to him, it was stupidity and a public display of ignorance to spread that amount of cash on a road that is not even well tarred. In his words, ‘Yeye de smell’.

However the pastor had released another video where he appeared to have withdrawn the words he used in the first video. He noted that obicobana was his inlaw and he couldn’t have been saying those words about a group of people who gave him a wife.

However, Kanayo , reacting in a new video on his Instagram page, asked those calling for EFCC to start hustling.

In what looks like a hilarious video and funny funny advice, “Blood Money actor” asked asked men to hustle for money until their source of Wealth becomes suspicious.

He said, “ Start to hustle, make EFCC no come your compound, pack everybody and leave you alone.”

Obicobana; “My mum’s burial will make some people hungry to die”– Obi Iyiegbu

Meanwhile Obi Iyiegbu, otherwise known as Obi Cubana, has asserted that the lavishness with which he covered his late mother, will “make individuals hungry for death”.

See also “Obi cuban didn’t Receive those Gifts Because he was good”.-Dr Penking.

Communist, Pretty Mike, has now asserted Obi Cubana had been planning the internment service for his mom for quite a while.

By means of his Insta stories, Pretty Mike expressed, “I remember when Obi’s wife’s father died some months back. We came for the burial. It was nothing short of a carnival. I asked him so why wait till July to bury your mum. He said let’s keep her on ice for now. She has to go out gloriously, she deserves it. I said bros stop being humble. He replied “after my mama burial ceremony, to die go dey hungry some people… Today I understand.”

Obicobana told the world not to think that it was his money that were being spent during the burial.

Cubuna Burial; “There’s Need for Nigerians to get rid of Culture of Costly Burials”-Reno Omokri