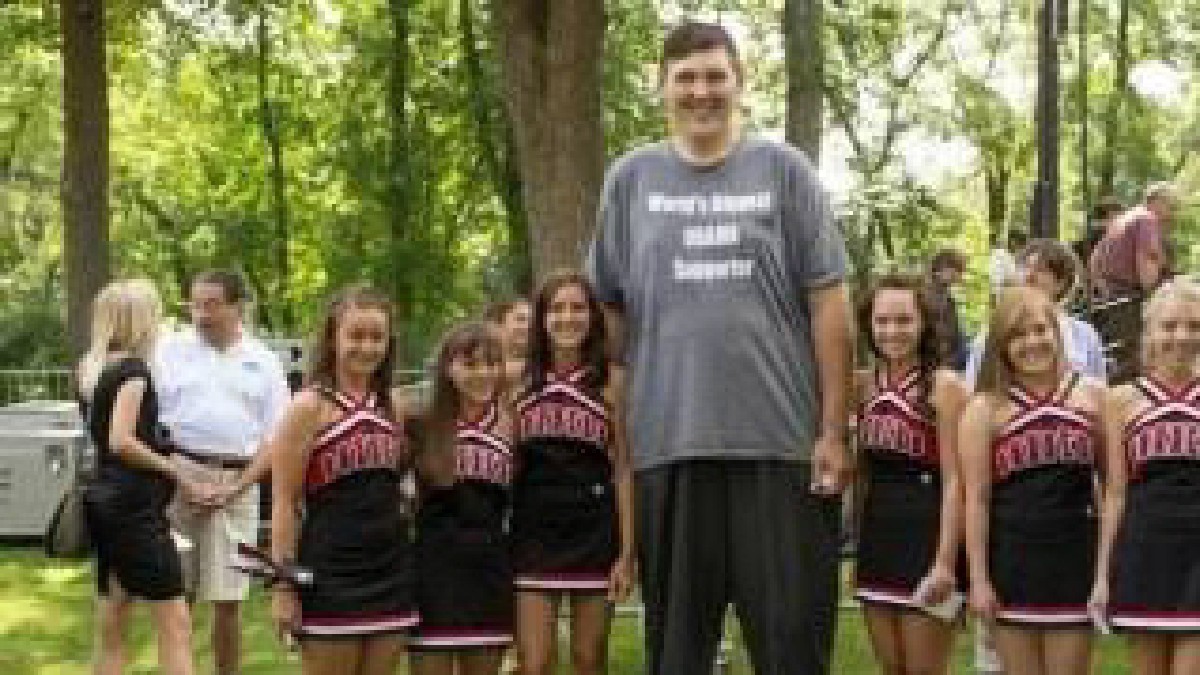 Sultan Kosen, the world’s tallest man, has traveled to Russia in search of a wife with whom he can have children.

The 39-year-old Turkish farmer had a pituitary gland tumor that caused him to suffer from gigantism and acromegaly.

He holds the Guinness World Record for the tallest living man, standing at 8ft 3ins (2.51 metres).

See Also Shocking! “60% of married women don’t really love their husbands, they are just happy to be married.”- Prince Mike

Kosen, who is of Kurdish descent, said he eventually grew accustomed to his height, but he admits it occasionally causes him difficulties and discomfort.

In an interview, he stated that his biggest issue with his ex-wife is communication because he speaks Turkish and she only speaks Arabic.

The couple’s marriage lasted several years before they divorced.

In early December, Kosen, now single again, flew to Moscow in search of a new bride.

He stated that he heard Russian women have incredible beauty and a loving soul and that he desired a Russian bride to bear him a son and a daughter.
It’s unclear how long Kosen intends to stay in Russia in search of his next wife.

See Also See the man Who Allegedly strangled his Girlfriend after she received a phone call from her ex-boyfriend.

Appearing on the TV show ‘Let Them Speak’ on Monday, Dec. 20, Kosen said: “It should be easy. I can provide well and do not need money.

“I would like to take my wife back to Turkey. I live in a historical place, in the southeast, but quite far from the sea. I heard that Russian women love hot, polite men. It should be easy!”

He added: “A Russian woman in love will adore her man forever.”

Nigerian Lady Surprises Boyfriend With Land On His Birthday (Video)