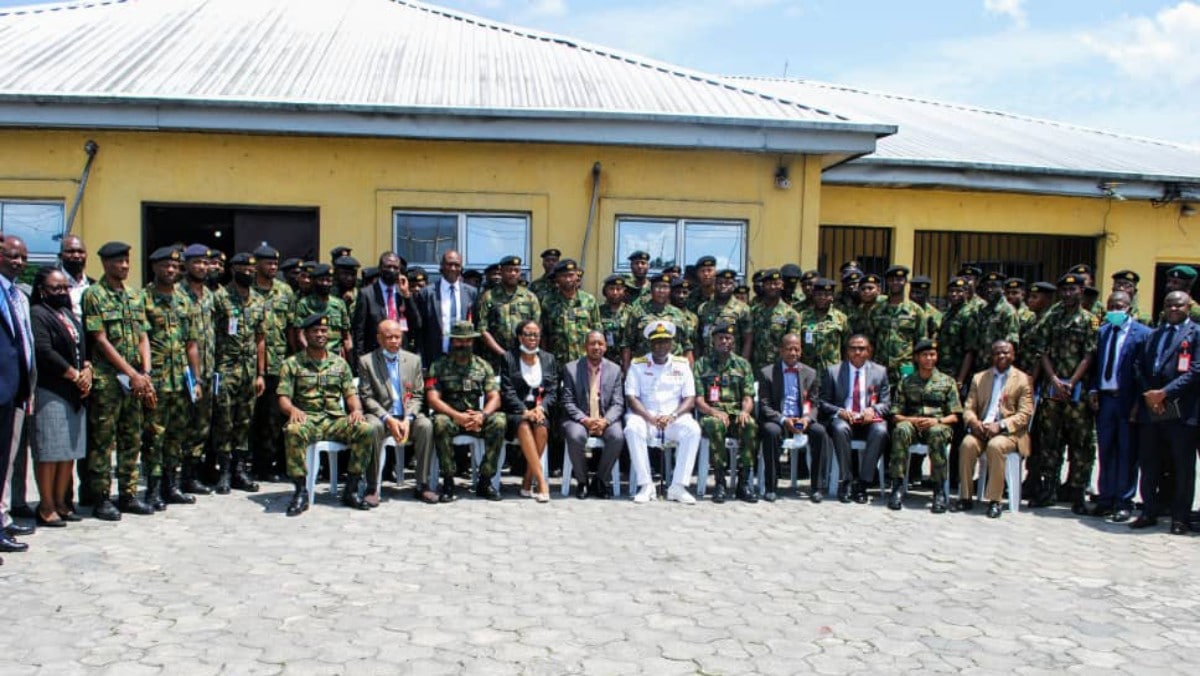 The Port Harcourt Zonal Head of the Economic and Financial Crimes Commission, EFCC, Chief Detective Superintendent (CDS), Aliyu Naibi has said that collaboration between the EFCC and Navy remained the most important means of tackling the menace of illegal oil bunkering in the Niger Delta area of Nigeria.

He stated this in Port Harcourt, Rivers State on Wednesday, May 5, 2021 while delivering a lecture to Students and Staff of Armed Forces Command and Staff College, Jaji, who came on a Study Tour of the EFCC. Naibi said that the challenge of illegal oil bunkering and other criminality in the maritime sector could only be tackled through multi- agency approaches.

“Every security agency in the South- South has its distinctive competences and comparative advantages….As a Commission, we are alive to these realities and open to collaboration, partnership and synergy with all sister agencies to achieve mutually beneficial objectives”, he said.

While addressing the 62 visiting students on the topic: ” Optimizing Multi- Agency Collaboration Towards Enhancing Nigerian Navy Maritime Security Operations”, Naibi explained that the collaboration between the EFCC and Navy has yielded several convictions, with many cases of illegal oil bunkering at various stages of prosecution in our law courts. He assured the audience that the collaboration between the two agencies would continue and wax more robustly.

” I want to assure the Naval authorities and visiting students that the EFCC would continue to respect and reinforce mutual cooperation with all security agencies in the maritime domain for our mutual benefits”, he said.

In a response, representative of the Commandant, Armed Forces Command and Staff College, Air Vice Marshall Ebenezer Olayinka Alade, appreciated the synergy between the EFCC and Navy in the fight against illegal oil bunkering and stressed that the Niger Delta was very important in the operational works of the Navy. His worries about plea bargain arrangements for suspects of illegal oil bunkering were resolved when discussions were held about the legality of the arrangements.

The visiting students had a good interactive session with Naibi, where several questions about the operational works of the EFCC were tackled.