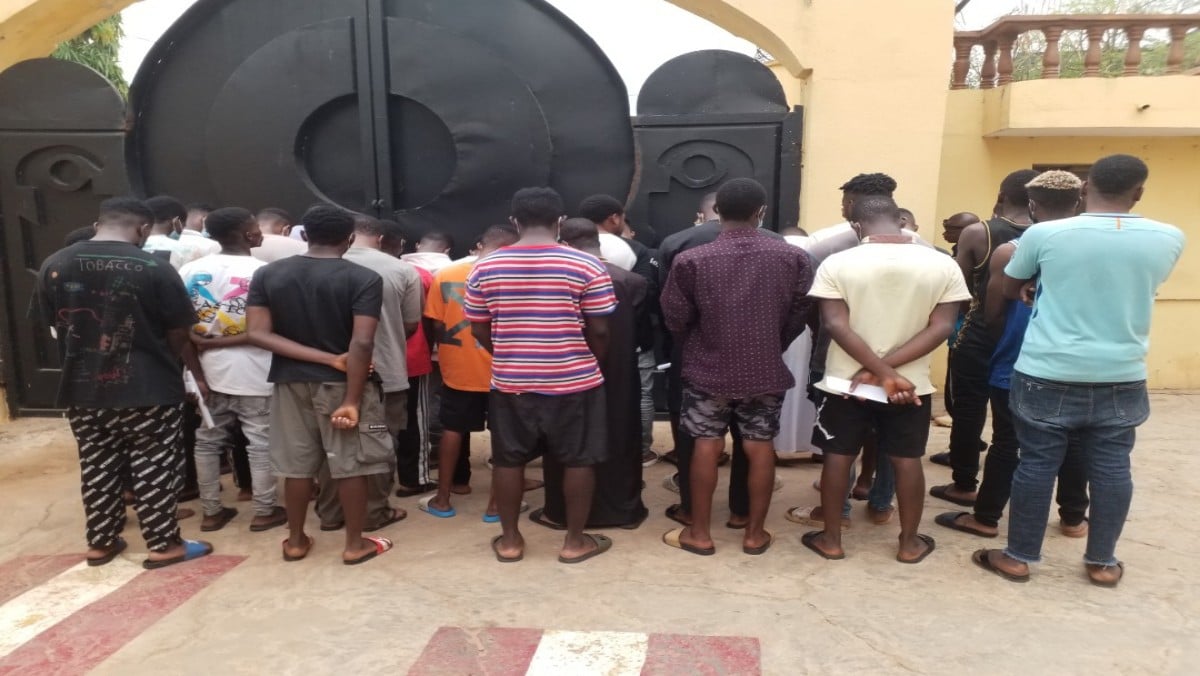 Operatives of the Ilorin Zonal Office of the Economic and Financial Crimes Commission, EFCC, on Tuesday, May 4, 2021 arrested 30 internet fraud suspects, also known as Yahoo-Yahoo Boys, in Ilorin, Kwara State.

The suspects, who are mostly students were arrested at different locations within Ilorin following actionable intelligence earlier received on their alleged criminal activities.

The suspects will be arraigned in court as soon as investigations are concluded.

NO SEPARATISTS CAN ANNEX RIVERS – WIKE