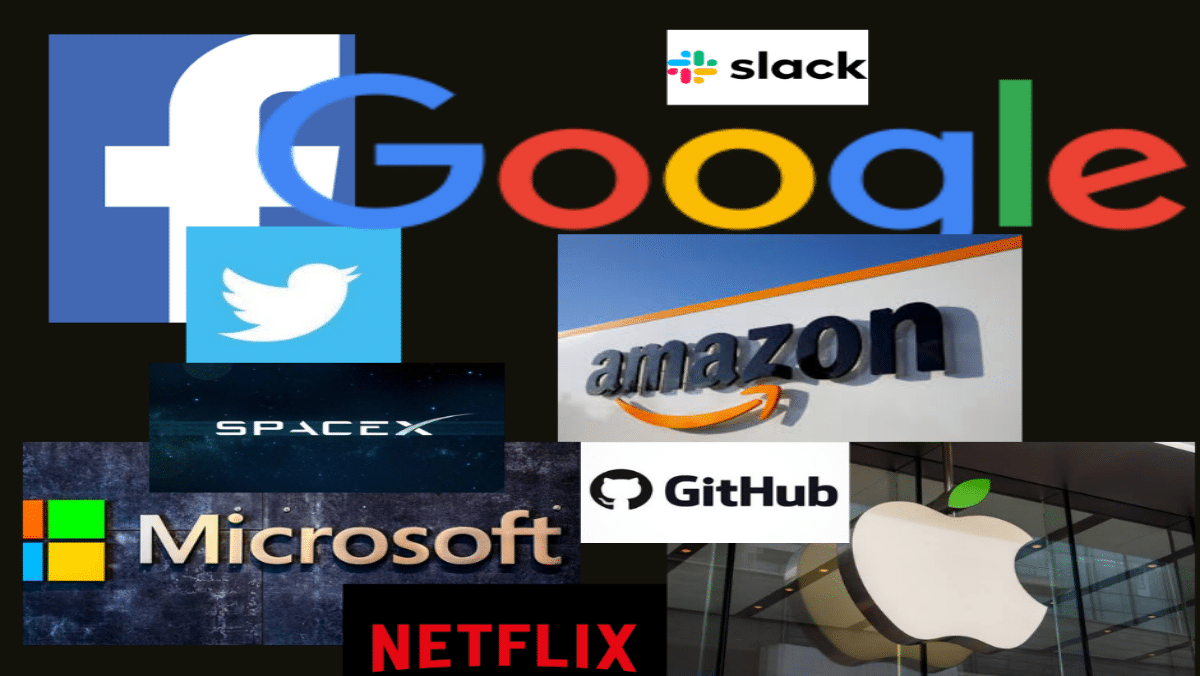 The world has become a global village, not just for socializing, but also for working and delivering tech results. However, When it comes to companies where techies want to work, different people have different opinions

Employees are looking to join organizations that honor them with competitive salaries and exceptional benefits. Tech companies fit the bill as they’ve earned a reputation for being intentional about prioritizing the importance of employee happiness.

Haven been around the tech space for more than a decade, I have heard Techies ask such questions as;

*”What companies do people want to work for?”,

* “What are the best technology companies to work for?”,

However, this article beams it’s search light on public companies alone. So don’t be surprised if you don’t see companies like Quora, Reddit, Wework etc. These ones and more are all private companies. However, reports on the New York Times suggests that Wework may be going public very soon through a merger.

So, here are Top ten Public Companies where Techies want to work in 2021;

1, Google; Being among the big four internet stocks alongside Amazon, Facebook and Apple, google has become a destination of choice for most Techies. The American  multinational technology company specializes on Internet-related services and products, which include online advertising technologies, a search engine, cloud computing, software, and hardware. Their wide range of products have created alot of space for many Techies around the world. With a revenue of over $180billion, the Larry Page and Sergey Brin founded company employs about One hundred thirty Nine thousand workers globally.

2. Netflix: Netflix is a subscription-based streaming service that allows subscribers to watch TV shows and movies without commercials on an internet-connected device.   The American content platform and production company has its headquarters in Los Gatos, California. Netflix was founded in 1997 by Reed Hastings and Marc Randolph in Scotts Valley, California. In April 2021, Netflix had 208 million subscribers, including 74 million in the United States and Canada. The company has offices in Canada, France, Brazil, the Netherlands, India, Japan, South Korea, and the United Kingdom. With a revenue of about $25billion, Netflix employs over twenty three thousand persons world wide.

3. Apple; founded on April Fool’s Day in 1976, Apple has grown to become a household name all over the world. The Steve Jobs,Steve Wozniak and Ronald Wayne founded company has grown so much in profits that

Moreso, Apple’s market cap is greater than the GDPs of the Netherlands, Switzerland, Saudi Arabia,Nigeria, Sweden, and Norway. Propelled by the popularity of the iPhone, in 2018 Apple became the first company in the world to reach a value of one trillion dollars. Two years later Apple became the first company to double that figure. According to Wikipedia, the San Francisco based company has about One hundred and forty seven thousand Employees around the world.

4. Microsoft; With head Quarters Located in Redmond, Microsoft is a leading global vendor of computer software, hardware for computer, mobile and gaming systems; and cloud services. Founded by Harvard College dropout, Bill Gates and his childhood friend Paul Allen, Microsoft has now become the biggest software company, having offices in more than 60 countries.

With an annual revenue of about $143billion, the Seattle Area based company has about 167,000 employees all over the world.

5. Slack: Slack is a messaging app that almost every workplace group seems to be using, Companies all over the world use Slack to improve productivity. developed by American software company Slack Technologies. Slack offers many IRC-style features, including persistent chat rooms (channels) organized by topic, private groups, and direct messaging.

6. SpaceX: SpaceX, is American aerospace company founded in 2002 that helped usher in the era of commercial spaceflight. It was the first private company to successfully launch and return a spacecraft from Earth orbit and the first to launch a crewed spacecraft and dock it with the International Space Station (ISS). Headquarters are in Hawthorne, California.

Founded by Mark Zuckerberg, Eduardo Saverin, Andrew McCollum, Dustin Moskovitz and Chris Hughes, the California based company has about 60,000 employees around the globe.

Their quest for expansion means that the company would be making more spaces available for people who would want to join their team. If you’d love to be a part of the Facebook team, feel free to always check their Carrier page to know when the right openings are available.

8. Amozon; Amazon Inc. is an American multinational technology company which focuses on e-commerce, cloud computing, digital streaming, and artificial intelligence. The company has been referred to as “one of the most influential economic and cultural forces in the world”, as well as the world’s most valuable brand.

Founded by Jeff Bezos, the Washington based company employs about 1.2million people around the world (As at December, 2020).

9. GitHub:  is a web-based interface that uses Git, the open source version control software that lets multiple people make separate changes to web pages at the same time. As Carpenter notes, because it allows for real-time collaboration, GitHub encourages teams to work together to build and edit their site content.

Founded in 2007, GitHub has brought millions of developers together to discover, share, and build better software. Being a member of the the Microsoft group, GitHub has also become one of the choice companies for young Techies around the world.

Founded by Jack Dorsey, Noah Glass, Biz Stone and Evan Williams, the San Francisco based company employees about 5,500 people around the globe. Despite being suspended in Nigeria, twitter is still a choice destination for many Techies in Nigeria and others all over the world.

So, those are my top ten choice companies for young Techies around the world. Please understand that the choices made are my personal perception based my interaction with people as well as recommendations from professionals who have been active in the tech space for decades. Please use the comment button to tell us where you disagree.