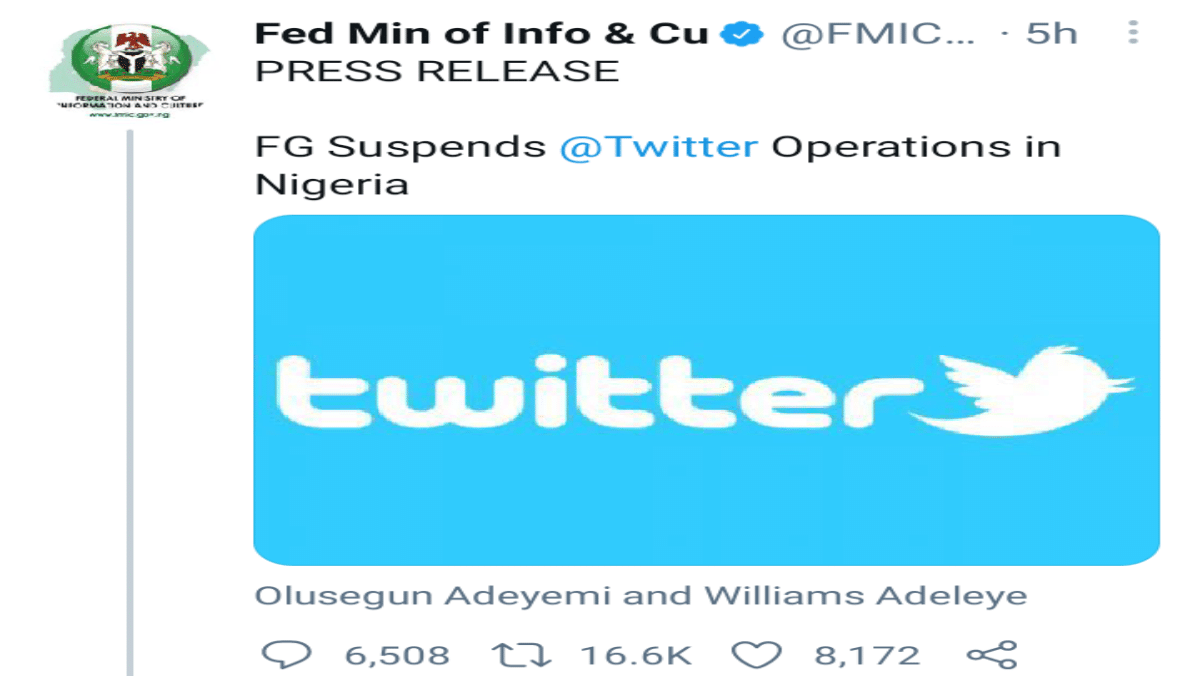 Nigerians have taken to twitter to express their displeasure on the ban of “twitter operations” in Nigeria.

As at the time of writing this report, #twitterban and #twittersuspendbuharisaccount were trending on Twitter. These two harsh tags were being used by Nigerians to express their displeasure with the ban.

See also Disappearing mode and other features to be added on WhatsApp soon.

The Minister of Information and Culture, Alhaji Lai Mohammed, announced the suspension in a statement issued in Abuja on Friday, citing the persistent use of the platform for activities that are capable of undermining Nigeria’s corporate existence.

“The Minister said the Federal Government has also directed the National Broadcasting Commission to immediately commence the process of licensing all OTT and social media operations in Nigeria.”

This statement didn’t seem to had gone down well with majority of Nigerians. Many blasted the federal government for the move saying that Nigerians had rights. “Nigerians have a constitutional right to exercise their freedom of expression and a right to access of information. This must be respected. Safeguarding free, independent media and civic spaces for democratic voices is an important part of Sweden’s #DriveForDemocracy #TwitterBan” said by @swedenigeria.

Others mocked the federal government for deciding to use Twitter to announce the Ban on Twitter use in Nigeria.