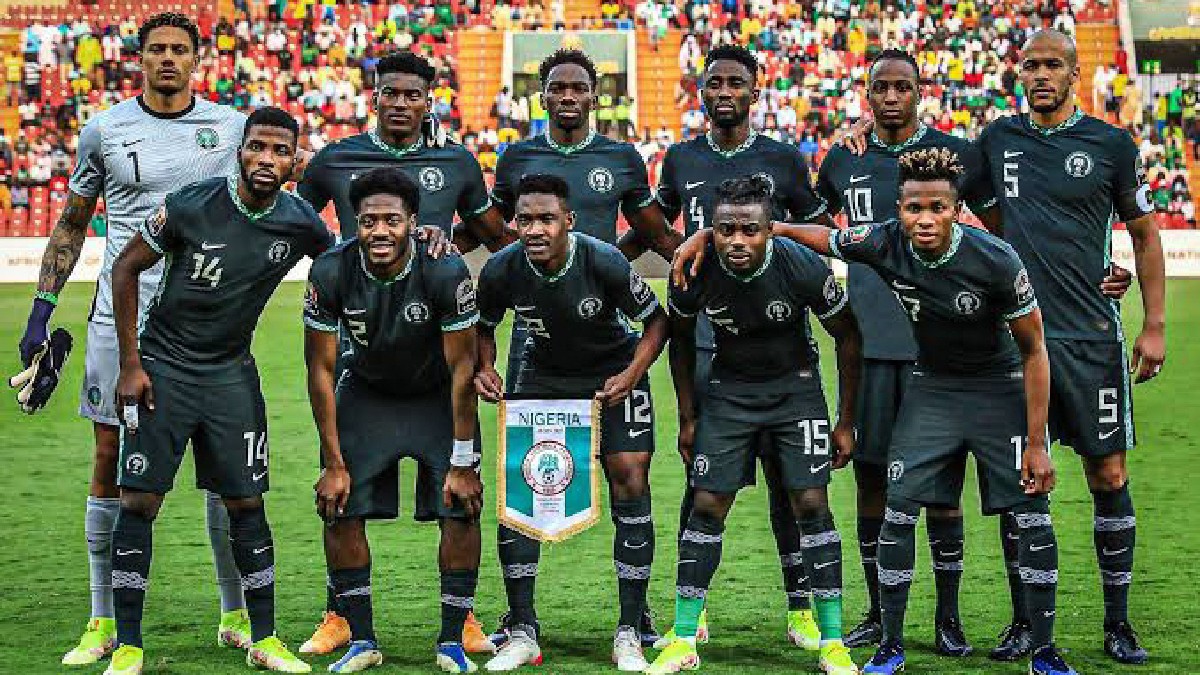 Nigeria’s Super Eagles have been eliminated from the Africa Cup of Nations in 2021.

They were defeated 1-0 by Tunisia in the AFCON Round of 16 on Sunday.Alex Iwobi was sent off for a bad tackle just two minutes after entering the game.

Tunisia stunned Nigeria’s Super Eagles by scoring two minutes into the second half.

Youssef Msakni’s long-range shot gave the Carthage Eagles their first goal of the game.Msakni scored after Maduka Okoye, Nigeria’s goalkeeper, parried his shot from outside the 18-yard box into the net.

The Super Eagles faced a difficult challenge in the first half of their AFCON match against Tunisia.mn.

In what looked like a twist, some Nigerians decided the blame their President for the exit of the super eagles.

Meriam Wrote: It’s all Buhari’s fault!😡
Lesson learnt! It’s not all calls that you will answer! This is 2022! 🤒

Raising Baller; Thank you Tunisia for knocking out the social media champions.

Uba Goodness; Thank God I didn’t watch that of today.E sure me say I for no sleep… But they tried in all their matches Well done guys👍

Enoch Moses wrote; May we never answer the call that will damage everything 😩😩🙌🏼. Who even send toothpick and bubu to choke mouth for today match?

Jousha Thomas wrote; There are phone calls you should never pick. Never!When the caller says, “I ashua you…”, know that it’s going to end in sadness.

James Dakubo Wrote; “They were playing well not until the bad luck called 😭😭😭🤣🤣🤣”

Dah Vis wrote; “Bubu done pray bad prayer for them. Most he call them. Since way he nor call everything dey go well oh. He even mention there names self 😏.. This man na bad luck to Nigeria“.