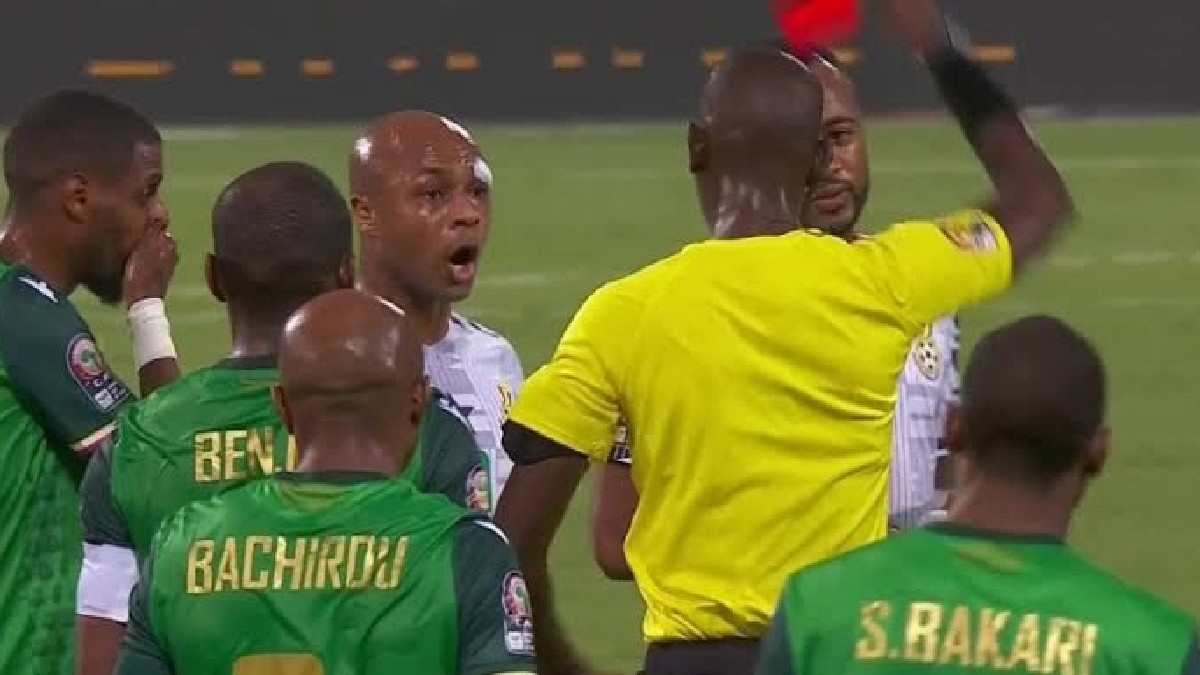 In what proved to be a thrilling conclusion to Group C, Comoros claimed their first-ever victory at the Africa Cup of Nations (AFCON), with a dramatic 3-2 win that sent 10-man Ghana crashing out at the group stage for the first time since 2006.

Having failed to score in their opening two group fixtures, Comoros entered the contest searching for their first-ever goal at the AFCON, but fans of ‘Les Coelacanths’ would not have to wait any longer for their piece of history.

In the fourth minute, a swift counter attack was clinically finished off by El Fardou Ben Nabouhane, who drove the ball into the bottom corner to give his side a precious lead.

Ghana’s task became even more difficult when André Ayew was shown a controversial red card in the 25th minute, putting the team on the verge of a shock exit from the tournament.

The Al-Sadd player was sent off for a challenge on Comoros goalkeeper Salim Ben Boina, who was replaced by Ali Ahamada. After Ayew’s dismissal, the ‘Black Stars’ responded well and were inches away from equalizing before halftime when Thomas Partey’s thunderous free-kick whistled just wide.

Despite a slow start in the second half, the contest heated up shortly after the hour mark. Ahmed Mogni doubled his team’s lead by creating a yard of space and firing past Joe Wollacott from the edge of the box.

The two-goal lead was short-lived, however, as substitute Richmond Boakye headed home Daniel-Kofi Kyereh’s corner kick to give Ghana a foothold in the game.

With momentum on their side, the 10 men began to pile pressure on the Comoros defense, and they equalized in the 77th minute when Alexander Djiku swept home from a corner kick.

Despite blowing a two-goal lead, Amir Abdou’s team took all three points when Mogni scored his second goal of the night, poking the ball into the awaiting net from close range. Comoros’ narrow victory may not be enough to qualify them as one of the four best third-placed teams.