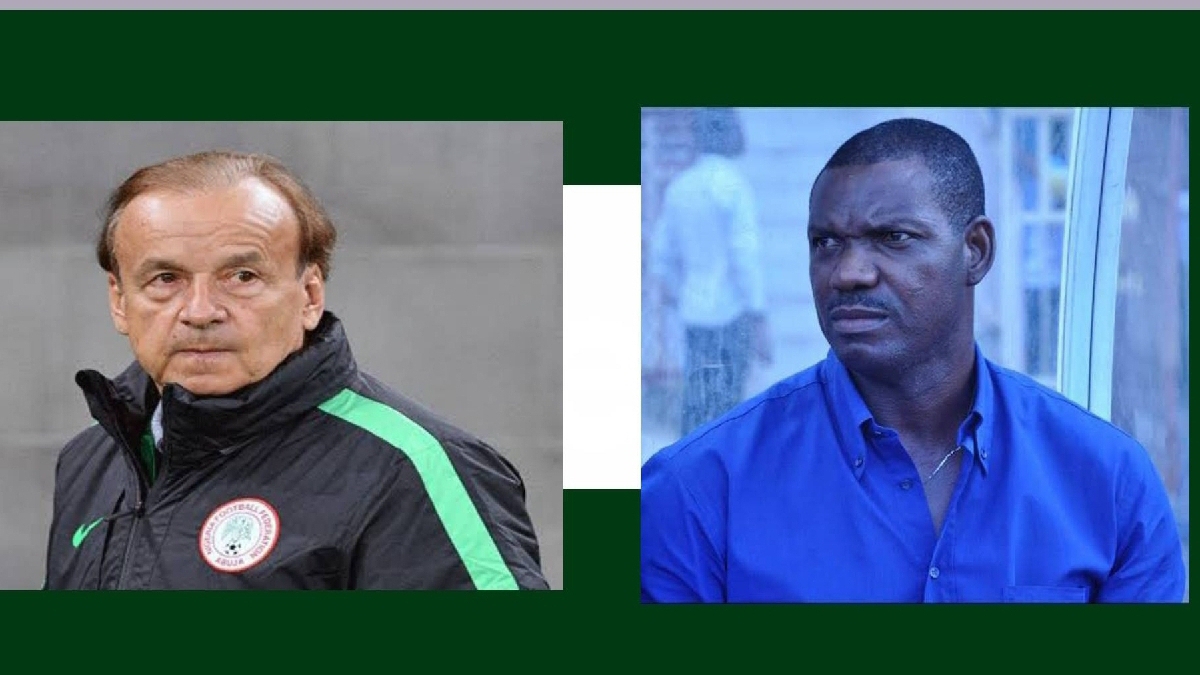 The Nigeria Football Federation says it has appointed Mr Augustine Eguavoen, currently its Technical Director, as the Technical Adviser of the Super Eagles on an interim basis.

In a post released on the verified Facebook page of the Nff, the Nff said the appointment “is with immediate effect”, and follows the termination of the relationship with Franco-German Gernot Rohr, who has been in charge of the three –time African champions for the past 64 months, and is Nigeria’s longest –serving manager.

General Secretary of the NFF, Dr Mohammed Sanusi said: “The relationship between the Nigeria Football Federation and Mr Rohr has come to an end. We thank him for his services to the Super Eagles and Nigeria.

“We also want to thank the Federal Ministry of Youth and Sports for their collaboration and guidance all through.”

Eguavoen, a former Nigeria captain, was coach of the squad when it finished in third place at the Africa Cup of Nations in Egypt in 2006. He was on-field captain when the Super Eagles lifted the Africa Cup for the first time on away ground, in Tunisia 27 years ago.

He will now take charge of the team as it begins preparations for the 33rd Africa Cup of Nations taking place in Cameroon 9th January – 6th February 2022, and until the appointment of a substantive Head Coach.

Fans reacts to the Sacking of Rhor.

Nigerians at largely football lovers and many of them didn’t waste a minute before showing their reaction to the termination of Gernot Rhor.

Jay Sati wrote; “Great move.
Rohr is dull and un inspiring. He had over stayed his welcome.
Eguavoen is the best replacement for the interim. He has the experience at national level. The warm up games before Afcon and the matches during Afcon will help him familiarize with the players. It is only a joker that will expect him to win Afcon. Rohr too would never have won Afcon. February, we play aother friendly and by march we are set for the world cup qualifiers. The world cup itself is one year from now. It is in November. We still have time. Sacking Rohr is a master stroke.“

Emmanuel Ubong wrote; “Now, you sack him, without a replacement! You instead, go back to an interim manager who has managed the team with not much difference from the bronze of the past few years, or from Rohr’s time!
And, in such a short time?
The NFF had better give us results by winning the AFCON!!!“

Recx Eni wrote: “This what you get when you have 🤡s running your Football Federation.
You sacked an average coach and replaced him with below average interim coach.
Appointing Kanu, Lawal and Okocha to do what? 😂 😂 😂 😂 Nigeria football don suffer.“

Adekunle Adebayo wrote; “This Amaju pinnick has overstayed his tenure and needs to be sacked.
Austin Eguavon’s appointment is a total error, somebody who have managed the team and failed woefully.
This must be a joke.misplacement of priority.“

Anayo Wrote; “AFCON in less than 3 weeks, Nigeria will be kick out in group stage
Shameless Nigeria we will not qaulify for world cup , this man managed super Eagles when will still have good squads but didn’t give a good result and was sacked,he will still be fired with he
Fails to make it to the world cup“