I'm ready to get back to Training"- Anthony Joshua

PRESIDENT BUHARI PLEDGES TO USE FOOTBALL FOR NATIONAL DEVELOPMENT, UNITY

ATHLETICS; End of the Road for Okagbare?

How Does The UEFA Champions League Group Stage Draws Work? 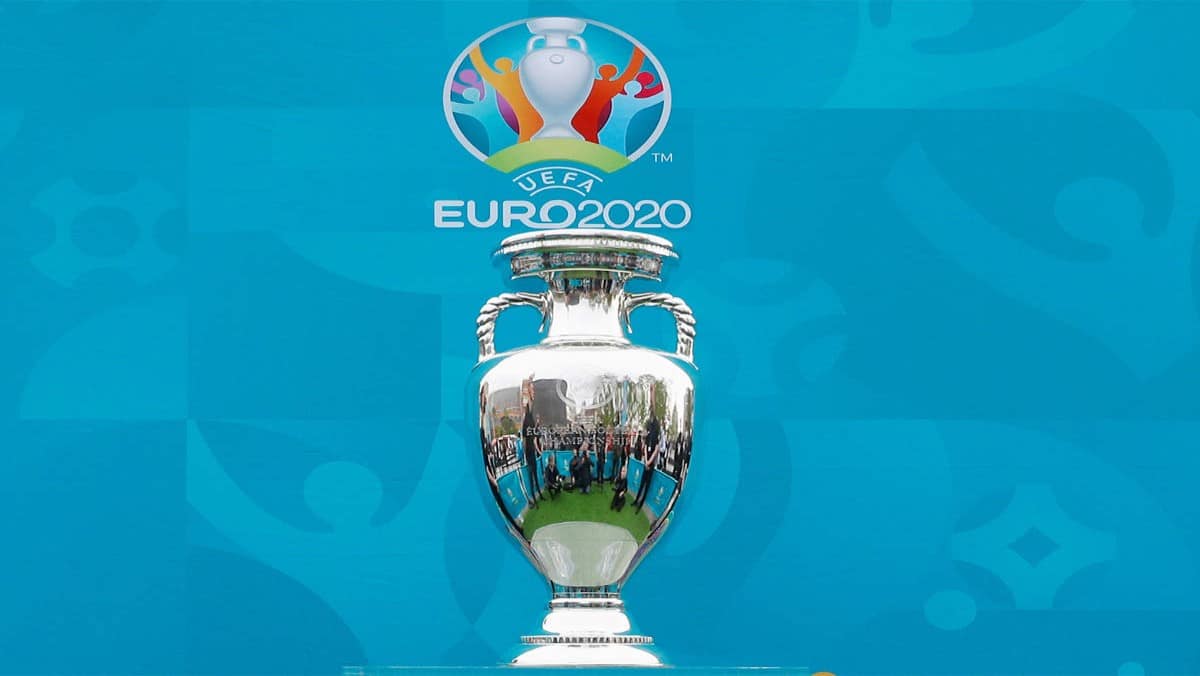 Three years on from their defeat by Croatia in the World Cup semi-final, Gareth Southgate’s men overcame Denmark 2-1 in extra time at a rocking Wembley on Wednesday to reach their first European Championship final.

Italy were also pushed beyond 90 minutes by Spain in their semi-final on Tuesday, but won on penalties to keep their bid for a first Euro title since 1968 alive.

England stand just one game away from ending their long and painful trophy drought, which dates all the way back to the 1966 World Cup.

But Italy are on a 33-match unbeaten run, reviving their reputation on the global stage after an embarrassing failure to even reach the 2018 World Cup in Russia.

See also Euro 2021; A School in England PermitsPupils to Resume Late On Monday in Order to Watch England Finals.

A Wembley crowd of almost 65,000 whipped themselves into a frenzy against Denmark with rousing renditions of “Sweet Caroline” and “Three Lions (football’s coming home)”.

The decisive moment came late in the first period of extra time when Dutch referee Danny Makkelie awarded a spot-kick for Joakim Maehle’s challenge on Raheem Sterling which survived a VAR check, and England held out to seal the win after Harry Kane scored on the rebound after his penalty was saved by Kasper Schmeichel.

The final whistle sparked scenes of pandemonium inside Wembley – hosting the biggest crowd in the UK since the start of the coronavirus pandemic – and across the country.

Flag-waving fans in London’s Trafalgar Square abandoned their seating to merge into a huge, swaying crowd after the final whistle. One group of supporters climbed on top of a double-decker bus.

For Denmark, defeat spelt the end of a fairytale run to the last four after the trauma of witnessing star Christian Eriksen collapse in their opening group game against Finland following a cardiac arrest.

England have suffered semi-final heartbreak at major tournaments four times since 1966 and those agonising defeats have been etched in the psyche of English football.

“They’ve responded to what was always going to be a really challenging night,” Southgate said of his players, who had not conceded a goal until the Denmark game.

“We were so smooth through the quarter-final and relatively unscathed through the second round. We knew that at some point we were going to concede and we would have to respond.”

The semi-final was attended by British Prime Minister Boris Johnson and Prince William, who is president of the English Football Association.

Johnson, who initially refused to condemn fans for booing the England team while they took the knee earlier in the tournament, has not ruled out the prospect of an ’emergency’ bank holiday should England triumph on Sunday.

Meanwhile, a school in England Rossmere Primary School has asked parents not to be in hurry to bring their children to school on Monday if they decide to stay awake to See the England final in the On going Euro 2021.

In a memo published on its official Facebook page, Rossmere Primary School encouraged parents not to discourage their children from staying awake in order to see match. Instead they asked parents to see the occasion of the match as an opportunity to talk to the children about the importance of the National Anthem, talk about pride and resilience and possibly disappointment. They encouraged the parents to see it as a learning opportunity.

In the words of the school “If your child is a football fan and likely to be staying up until after 11pm on Sunday to watch the Final, then let them stay in bed a bit longer and get to school by 10.30am on Monday.

We would rather have children rested and in school ready to learn rather than absent all day or grumpy!”“School will still start at 8.40 but children arriving up to 10.30 won’t be marked as late, and they won’t miss any lessons.”